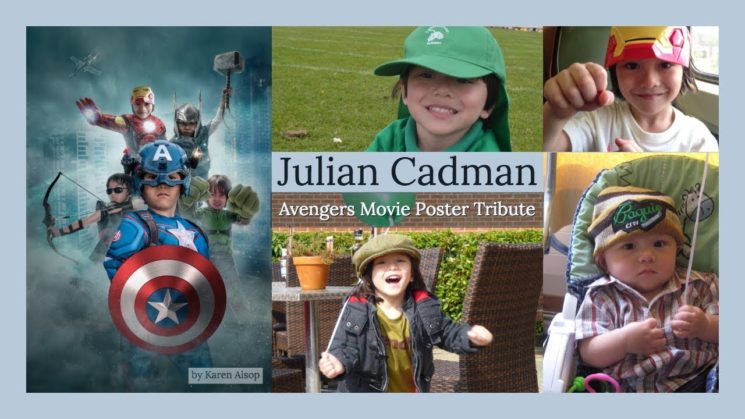 The Terror Attack in Barcelona on 17 August 2017 took lives of fifteen people. Among them, there was a sweet and charming Australian boy Julian Cadman. A year after the terrible event, Karen Alsop and her team behind The Heart Project created a heartbreaking tribute for this 7-year-old boy Marvel fan who lost his life in the tragedy. Using phone photos provided by his parents, Karen created an Avengers-style movie poster to pay an honor to little Julian.

In 2017, Julian and his mom Jom (Jumarie) flew from Sydney to Barcelona, where Julian was to be a page boy for his cousin’s wedding. On 17 August, Julian and Jom were getting out of a toy store, when the mom felt the boy’s hand ripped from hers as the rampaging van went wild through the group of people at La Rambla. Jom ended up in a coma, while little Julian was considered missing for the next couple of days.

Upon hearing the news, Julian’s father Andrew immediately came to Barcelona, hoping to find his son alive. However, he was greeted with the news of his son’s death upon landing in Spain. I can’t even imagine how difficult it must have been for the parents to cope with the news like this. But nearly a year after the tragedy, Julian’s mother came with a plan to pay a tribute to her boy. 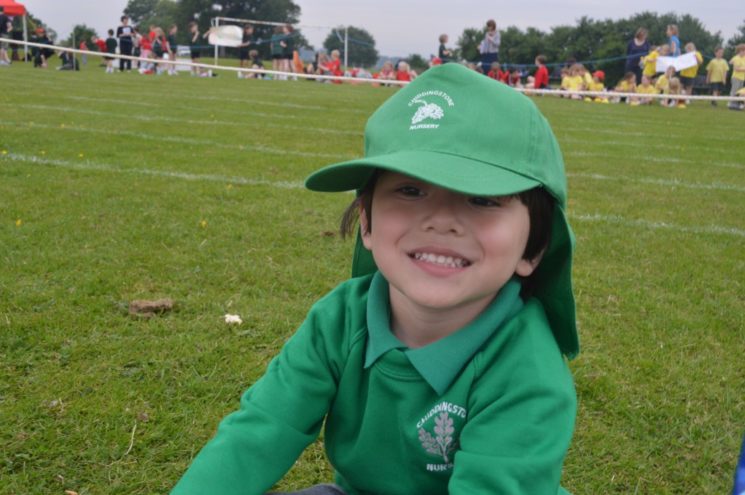 When he was five years old, Julian became a fan of Marvel and he loved dressing up in Marvel character costumes. Jom and Andrew had a lot of phone snapshots of their son wearing these costumes, and Jom came up with an idea of creating an Avengers-style movie poster from these photos. While looking for an artist willing to do it, she found Karen Alsop’s work and contacted her. 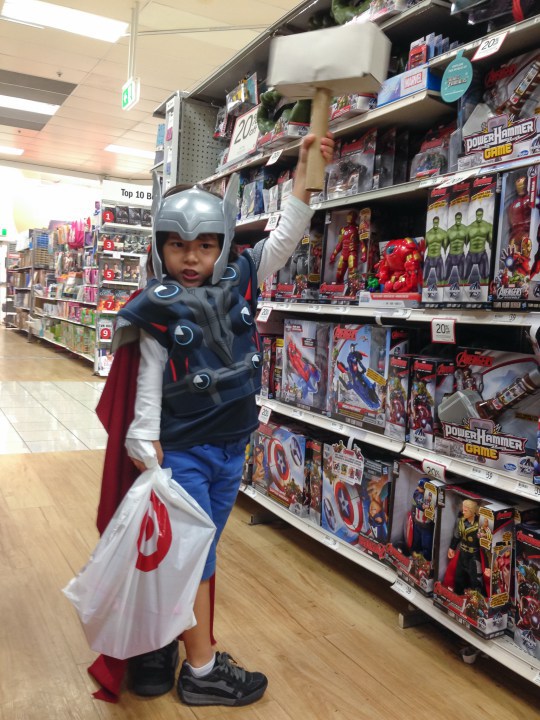 While Karen usually photographs her subjects for the pieces she creates, Jom was afraid that it might be impossible to create an artwork from her son’s images. However, Karen accepted the project and gave it as a gift to the family. 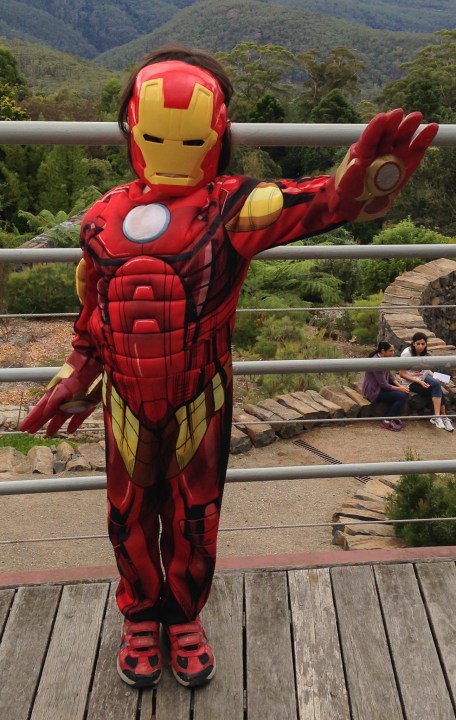 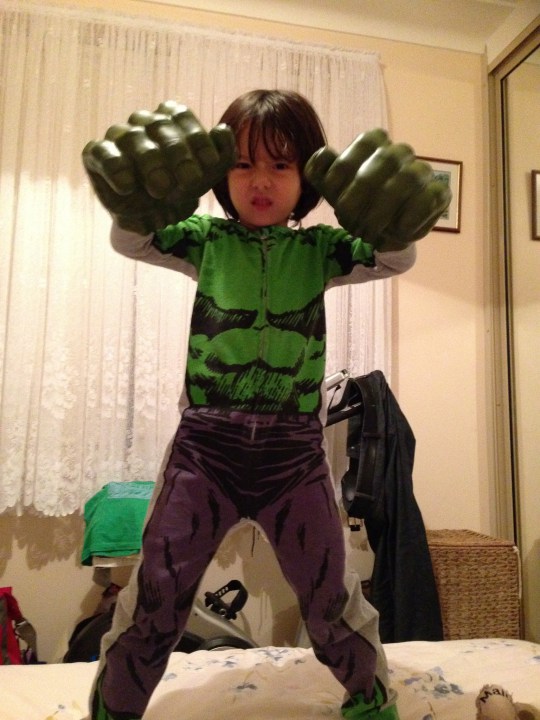 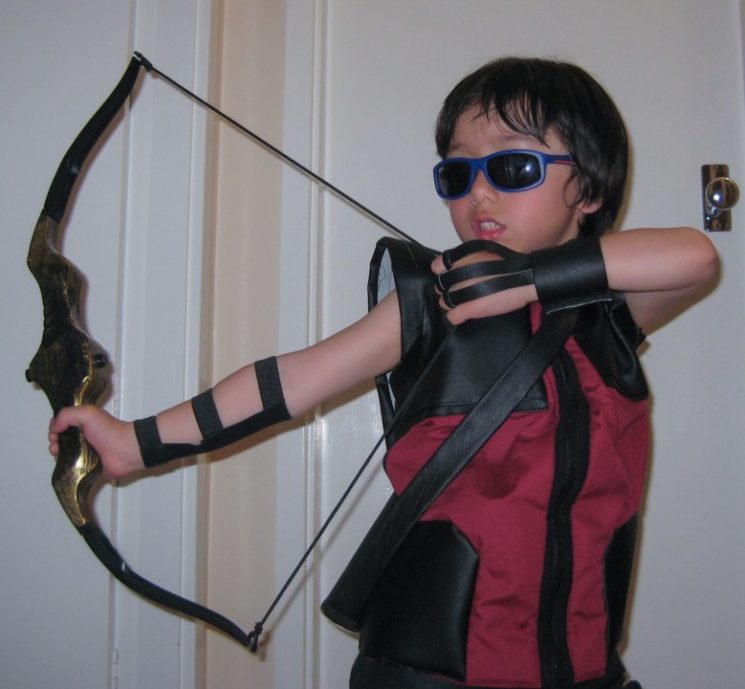 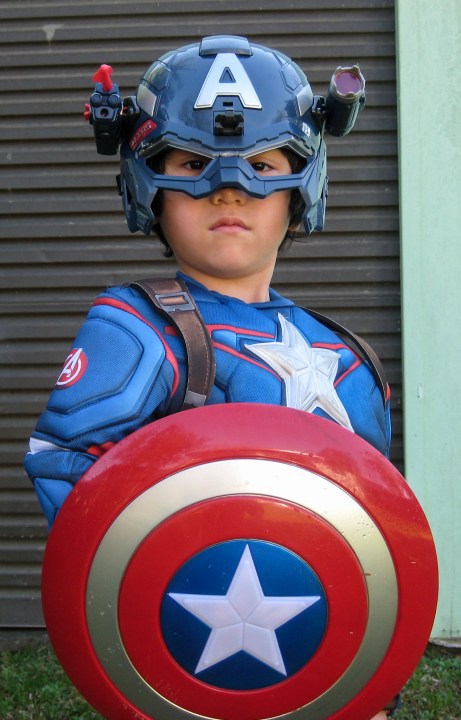 Karen spent hours working in Photoshop, turning snapshots of Julian into a creative, Avengers-inspired masterpiece. After printing and framing the final image, Karen took an airplane from Melbourne to Sydney to deliver her gift to the Cadman’s. 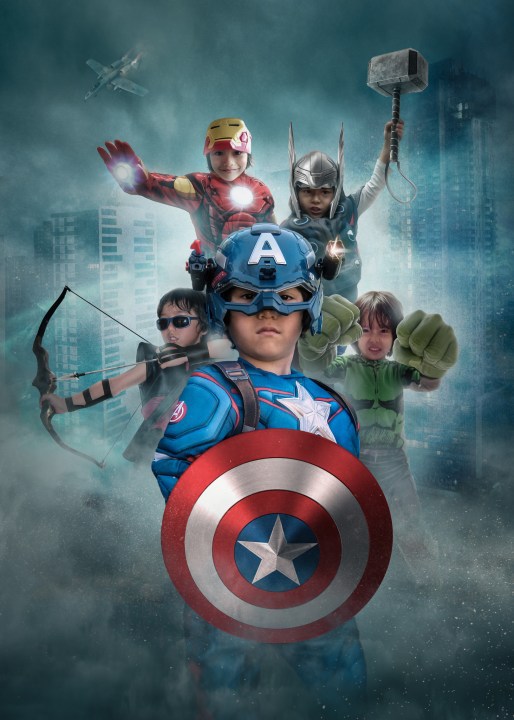 But it wasn’t only the poster that was created in Julian’s memory. Karen also gathered a group of talented musicians together to record the song “Held” for Julian’s video. She reached out to Christa Wells, the original songwriter who granted the group permission to record this moving song. The song was sung by talented Samantha Herholdt as a live recording, and powerfully portrays loss, grief, and hope.

“Julian’s time was cut short, but through his life and loss, he brought heartbreak, love, and unity to the whole world,” Karen writes on her blog. In the video below, you can see the artwork being gifted to the family. But be prepared to cry. A lot.

Along with her team behind The Heart Project, Karen is known for many projects that helped both children and adults live their dreams, at least through artwork and imagination. I always get moved by the generosity and effort they put into creating these images. Once again, I was deeply touched by Karen’s work and terribly saddened by the story even a year after I first heard of it.

It’s Karen and her team’s wish to continue to touch lives through art. If you’d like to pledge your support, make sure to visit their GoFundMe page.