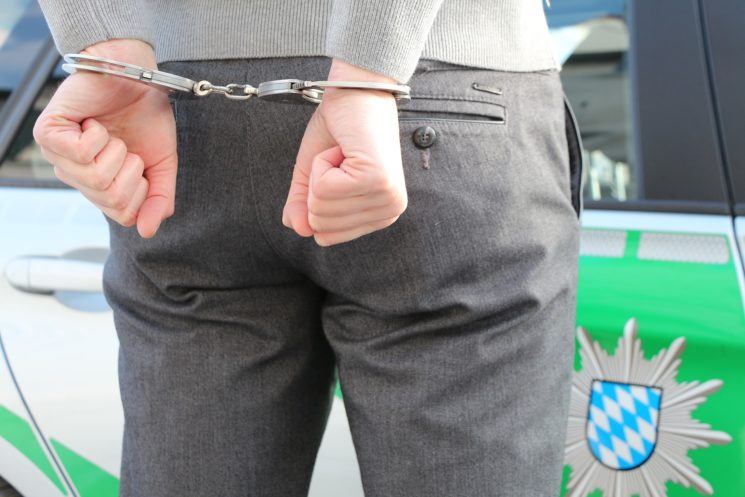 On Thursday, March 4, police detained professional photographer Eddie Mitchell for taking photos of Hove town hall in Sussex. The officers approached him and searched him under section 43 of the Terrorism Act, which gives officers the power to stop and search anyone they “reasonably suspects to be a terrorist.”

As the police confirm, they approached Mitchell while he was taking the photos. They searched him because he refused to provide identification and information. At the same time, Mitchel believes he didn’t break any laws, which is why he refused to identify himself and give more information to the officers.

The whole incident lasted for an hour. Mitchell explains that “the police didn’t want to back down and neither did [he].” He says that he just wanted to stand his ground. What’s more, the police were unable to answer what exactly caused them to believe Mitchel was a terrorist. As he, indeed, didn’t break any laws and still was searched under the anti-terror law, he claims that the police have abused their power:

“I respect wholeheartedly that the police have a job to do, but there should be clarity on people taking pictures in a public place – it is not a crime … As far as I am concerned, it is a total misuse and abuse of power.”

Despite the long-lasting arguing, both the photographer and the officers agreed that the conversation wasn’t antagonistic. The chief superintendent of Sussex police, Lisa Bell, defends the officers. According to her, the actions like this are completely appropriate when the threat level is severe. She adds that everything could have been resolved in minutes if the photographer had identified himself. On the other hand, Mitchell claims that his identity was quickly confirmed from his BBC pass and a credit card.

I’m not familiar with the specifics of the UK law. But generally speaking, I know you can photograph almost anything you want as long as you’re in the public place. However, with such a great concern about terrorism, I can understand that the security is increased and that the police are checking photographers more than usual.

This is not the first time for Mitchell to get in trouble because of his job. You may remember that he was arrested while taking aerial photographs of a burning building. The police officer took the control from Mitchell’s hands, landed the drone and damaged the gear on the way. So I kinda understand his resentment. But although he didn’t break the law, I believe he could have simply been more understanding towards the global situation. In case the officers weren’t rude, he probably should have just explained what he was doing and end it all. On the other hand, I’m sure that the police had better things to do than search a photographer and argue with him for an hour. Once they realized he was a BBC photographer, they also could have backed off.

What do you think? Is it reasonable that the police checks on photographers more thoroughly when the threat of terrorism is high? Or they should have left him alone because, in fact, he didn’t break the law?

« Photo competitions: are they worth it?
Is It OK To Use Your Kids For Profit? »