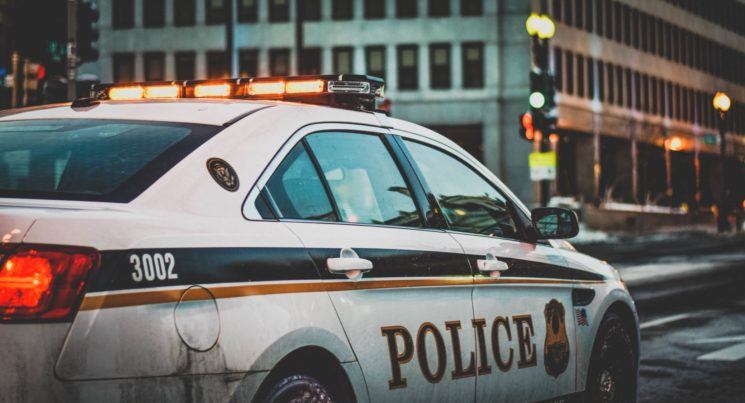 Here is an interesting turn of events. According to the Washington post, what started a police falsely telling an attorney/uber driver that he can’t film them, ended up with the police chief issuing a statement where he invites the public to film cops.

This “incident” started when Jesse Bright, a North Carolina attorney got stopped over by the police. Bright, who pays his school loans by Ubering (is that a word?),  was told by one of the officers that he is not allowed to shoot them according to a “new law”.

Here is a short snippet of the word exchange:

The discussion continues, and the officers call Bright “a Jerk”, and threatens to bring in dogs and search the car.

At the end of this skirmish, both Bright and his passenger were let go.

In a response to the incident, Wilmington Police Chief Ralph Evangelous, released a statement on facebook (bolding by me):

The Wilmington Police Department has launched an internal investigation regarding a recent video-tape of a February 26, 2017, interaction between one of our Police Sergeants and an Uber Driver. While we are not at liberty to discuss the investigation, we do believe it is crucial that we address a question that has surfaced as a result of that video-tape.

“Taking photographs and videos of people that are in plain sight including the police is your legal right. As a matter of fact we invite citizens to do so when they believe it is necessary. We believe that public videos help to protect the police as well as our citizens and provide critical information during police and citizen interaction.” Chief Ralph Evangelous

A copy of this statement will be disseminated to every officer within the Wilmington Police Department.

Bright told the post that said he never had any doubt that Becker was lying to him about the do-not-film law.  “If a police officer gives you a lawful command and that command is disobeyed, they’ll arrest you. The fact that I wasn’t arrested and he didn’t even try to arrest me is proof that he was being dishonest.”

If you are ever in a similar situation, you’d better know your rights. Those change from country to country. So make sure to consult with a local attorney, but here is a general overview of photographer’s rights.

« Rhino approaches cameraman for a nice belly rub
What Camera Quality Settings Should I Use for Photos and Video? »