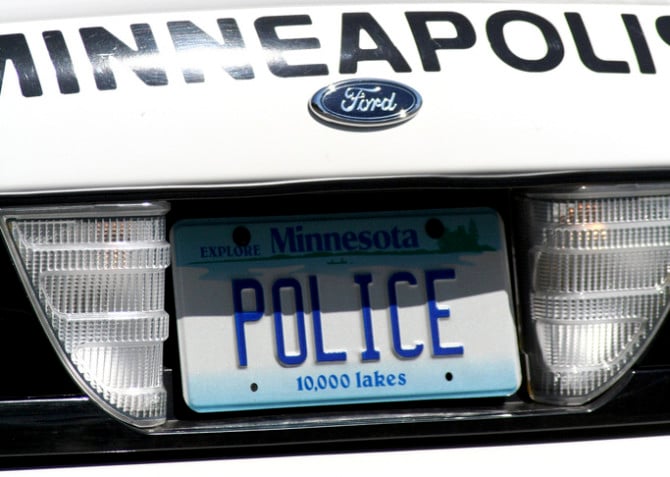 Madelyn Milton, a doctoral student from Minneapolis, was out last year with her friends when an argument with a taxi driver over the fare led to police being called.

The young women decided to record police sergeant Tyrone Barze, and when Madelyn stood up for her right to record him she ended “lying unconscious and bleeding in the street”, according to the lawsuit.

Despite this being the fourth lawsuit against Barze, Minneapolis police union president described him as an “excellent” officer.

The police union chief’s response to the lawsuit was even more infuriating.

The Minneapolis City Attorney offered Madelyn and her lawyers to settle the lawsuit instead of going to court, and eventually they agreed on a payment of $82,000, out of which $44,000 will be paid to her attorneys.

According to the Star Tribune, the incident itself took place on June 1, 2014 when the group of friends were returning from a night out and disagreed with the taxi driver over the face. The driver called police and Barze, who took the call, told the group to pay the fare. When they disagreed with him and started recording him with their cellphones, Barze started confiscated phones and allegedly arrested two people for recording him.

The suit claims that when Madelyn’s phone was confiscated as well she “took a step or two after Barze” to get it back. Instead of returning the phone, Barze is said to have turned and punched her in the face, “knocking her to the ground, where she struck the back of her head and she lay unconscious and bleeding in the street”.

Despite the City Attorney’s decision to settle the case, very possibly because she thought taking the case to court could end up much worse for the city and police, Barze has been receiving support from police chiefs.

Minneapolis police union president Lt. Bob Kroll, who said Barze is an excellent officer, told the Star Tribune that “When you’re a hardworking cop, these are the kinds of situations you get in”, adding that “just because you get sued doesn’t mean you did anything wrong.”

While that’s certainly true, if a young woman finds herself unconscious and needing staples to close the gash in her head, all over a disagreement over a taxi fare and exercising her legal right to document police, then chances are you did in fact do something wrong.

Police union chief John Delmonico defended Barze when the lawsuit was filed, saying that “it appears that she obstructed him doing his job” hence the use of force was justified.

“If she obstructed the police officer we can use force and in the event of use-of-force…as long as he got her medical attention…then he did what he was supposed to do”, said Delmonico, who has obviously never heard of the term “excessive force”.

The chief added that “It’s too bad with these civil suits that these allegations come out and they’re public and everybody wants to jump to conclusions that the cop did something bad. I believe that in the end, officer Barze will be absolved of any wrongdoing”. I guess that’s not going to happen, and my guess is Barze is lucky he won’t have to see this case go to court.

Kroll also thought the city was too quick to settle cases against officers, but perhaps he should talk to Barze about that, as he’s certainly been keeping the City Attorney’s hands full.

During the seven years Barze has been on the force, he has been named in at least four lawsuits.

Previous accusations included “unreasonably” pepper spraying the general manager of a bar (settled for $34,000), using a “neck restraint” (aka the illegal choke-hold) on a combative high school student who eventually passed out ($140,000 settlement), and finally – using excessive force during an arrest of an outreach worker outside of grocery store and later threatening to shoot witnesses.

We haven’t found footage from any of the cellphones from the night Madelyn was attacked, but the video below shows Barze arresting a woman who asked him why he threatened to shoot them outside the grocery store.

“In the…end, they send the message that they’ve got deep pockets”, Kroll said about the city settling lawsuits against police officers, but it seems the only message they are sending is that they don’t give a damn about their citizens or the law.

Sadly this kind of behavior and disregard to the law is not limited to Minneapolis. Just last week we reported about a woman from Illinois who received $117,500 in a settlement after she was arrested for recording police on her friend’s property.

Woman receives $117,500 in settlement after being arrested for recording police