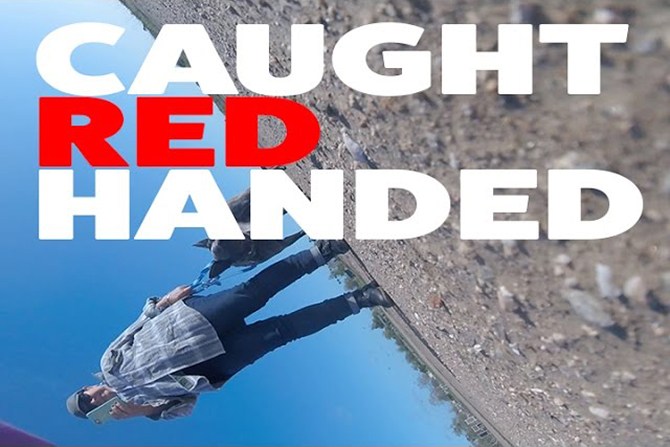 While flying at a park in Costa Mesa, California, one pilot’s drone lost signal and when the propellers stopped spinning it fell to the ground, as it was meant to.  After this, things get a little crazy

Fortunately for us, the folks at SFPV uploaded the whole video for us to check out ourselves.  If there was ever a good reason for having a GoPro attached to your drone (other than the obvious), this is it.

A woman, estimated to be standing around 100ft away, walks over, claims to her phone that the drone “almost wiped me and my dog out”, then proceeds to pick it up and walk off with it.

Bearing in mind that SFPV apparently had permission to be flying where they were, that they could see exactly what the drone was seeing, and that it landed nowhere near any people, what followed after the crash just couldn’t be made up.

There is some slightly fruity language in the video coming from the lady who took the drone, so consider yourself warned.

When the pilot and friends arrived at the crash site that the drone’s GPS told them it would be, it was nowhere to be found.  They checked again and saw that the signal was getting weaker, and obviously moving away.

After determining that a couple with a dog had taken their drone, they followed them to try and retrieve their stolen property.  After spotting she was being followed, she decided to call the police and make up a story that the drone landed 5ft away (that later became 4ft) and nearly hit her. 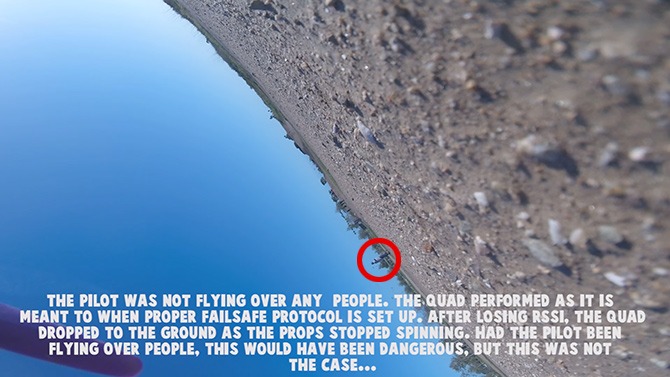 That’s her, circled in the video screenshot above from when the drone hit the ground.  Definitely standing 4ft away, wouldn’t you agree?  No?

Getting more and more hysterical as the recording continues, it culminates with the threat “If you come near me, one more step, I’ll f**king kill you” hurled towards the drone owners.

A few seconds later, the police show up, who assess the situation very quickly. 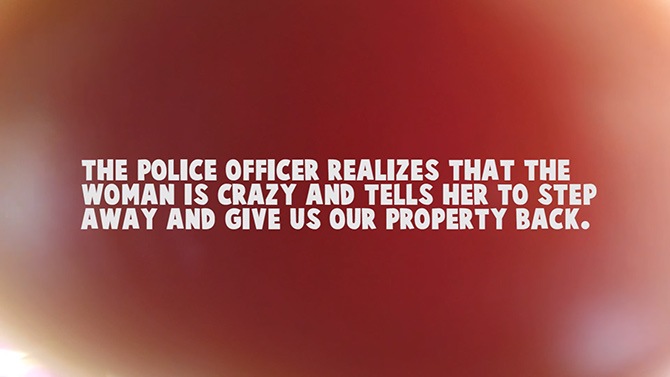 SFPV say that the goal of the video is not to shame the woman, but to illustrate that that no matter how safe and responsible you are, “there will always be irrational people out there who will seek out conflict with drones and drone pilots”.

The next time you’re out with your drone, don’t be so quick to turn off its camera.  It might just record the footage that prevents a huge potential legal headache.

I don’t really need to ask whether you guys think this lady was in the right or not, but let us know your thoughts in the comments.

« Tips for planning, packing and preparing for a landscape travel photography shoot
Finally! The BEST way to sharpen your images! »