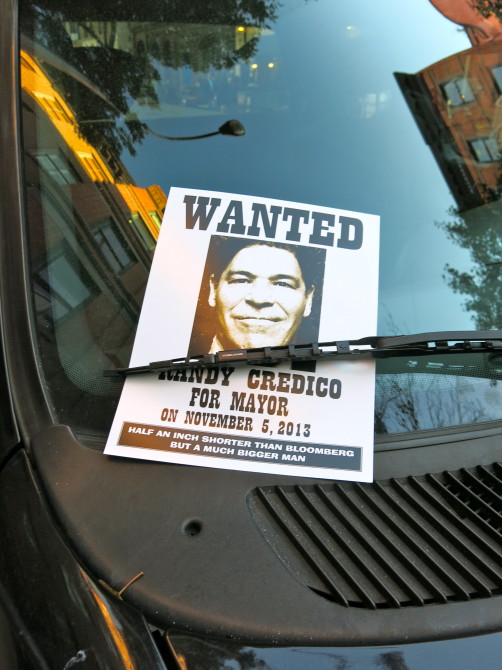 A few days ago, NYPD Chief Phillip Banks issued a memo reminding police officers that people have the right to fill them while they’re on duty, and that they can’t interfere and try to stop it from happening. It took only three days since then, unfortunately, for that memo to be forgotten.

Yesterday, an previously New York Mayor candidate named Randy Credico was arrested and jailed for recording the aggressive arrest of a man by officers in street clothes. While on his way to a campaign interview, Credico saw the two officers taking control of the man at the Van Cortland Park subway station, located in the Bronx.

The charges Credico himself was arrested on were for “menacing a police officer, obstructing government administration, resisting arrest, and disorderly conduct”; basically, they’re the same exact charges you’d hear anyone being arrested for when they start recording a police officer. It seems that if filming them isn’t against the law, then they find a way to get you in handcuffs regardless. Credico, who has avidly been outspoken against the city’s “stop and frisk” policy already, make sure the details to the incident were no secret.

With what’s happening in Ferguson right now already, it doesn’t help that the man Credico filmed being arrested was an older black man, as well. Credico’s recent run-in with the police is only going to fuel more outrage against the NYPD, and it’ll most likely only help Credico in his campaign. With how much coverage stories like these receive, people are only going to get angrier, and there’s plenty of good cops out there that are going to start getting heat because of it. If the NYPD wants to be smart right now, it needs to make sure that things don’t like this happen; if not for the sake of citizens, then for the sake of their own police officers. It’s not right for tension like this between civilian and authority to exist when one is meant to protect the other, and kindling that tension only makes that job harder to uphold.

[Via Photography is Not a Crime, photo by torbakhoper]

A Menacing Timelapse Of Philadelphia Shot In IR