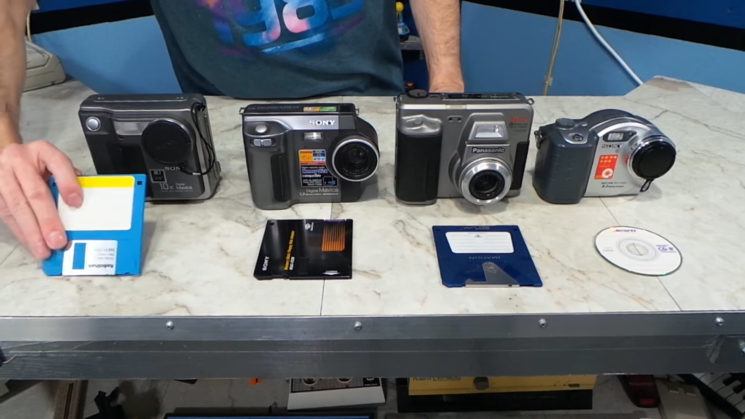 Storage is definitely taken for granted these days. CompactFlash and SD cards are cheaper than they’ve ever been. They’re available in extremely large sizes, which seem to be growing on a monthly basis, that are easily accessible. New cameras with faster framerates, 4K UHD video, and ultra high megapixel images keep driving the technology bigger and faster.

This was not always the case, though. It used to be that the early digital cameras used large and unwieldy storage formats. Some even used 3.5″ floppy discs. There was no USB, no native driver support, and serial ports were slow and flaky at best. In this video, we take a trip back to the 90s with The 8-Bit Guy, David Murray as he takes these classic digital cameras out for a spin.

David shows us four different cameras in the video, three from Sony, and a Panasonic. Back then, the vast majority of the world were still happily shooting away with film. Many of digital’s early adopters were shooting these alongside film, so that they could get that (almost) instant gratification, along with higher quality film prints.

I actually owned a Sony Mavica FD-83 myself at one point. It was a beautiful monstrosity, capable of shooting 1024×768 pixel images to a 3.5″ floppy drive. The pictures were actually pretty good for the time, too. I did also own a Nikon N90s 35mm SLR, but sometimes I just wanted to be able to get images onto the computer quickly. I was glad when I could make the leap to DSLRs in 2002, though.

But, despite their limitations, I think these cameras went a long way towards consumers accepting digital into their lives. Today, putting a memory card into your camera capable of storing a few thousand images is common and accepted. Back then, with film shooting anywhere from a dozen to 36 images, this would be a ridiculous idea. 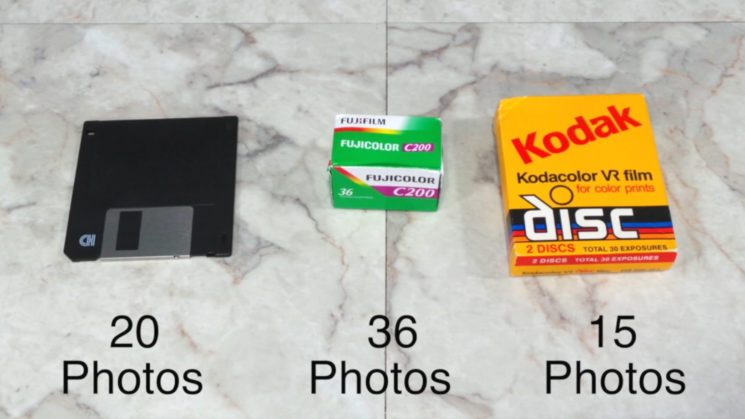 The familiar floppy drive found in every PC along with a manageable number of images stored on each disc made it more relatable to consumers at the time. But if you were worried about backing up your shots today, you had to be even more careful back then. Floppy discs were prone to corruption, picking up dust, bending and between shooting and getting home, you could find your images inaccessible.

The lower resolution of the original Sony Mavica FD-5 at 640×480 meant that they were also more manageable for mass consumers. When most “high resolution” monitors were still only 1024×768 (with some very high end monitors capable of 1600×1200) they were easily viewed on their screens. There was no Raw back then, either, so the images had very little memory overhead to display. 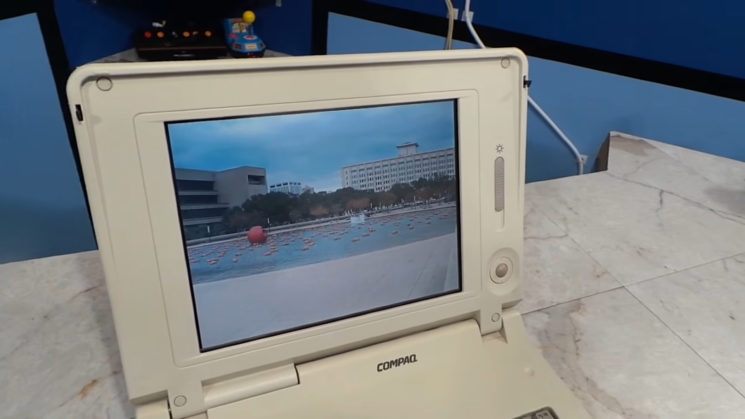 The web and email had been around for quite a few years already, but it was the mid-to-late 90s when it started to come to the public in a big way. Many users were accessing then with either 14K4, 28K8 or (if they were lucky) 56K dialup modems. I started off with a 14K4, which took about 10 minutes to send or receive just 1 megabyte of data. So, 640×480 files were pretty easy to deal with.

By today’s standards, the images produced by these cameras isn’t great. At all. Even back then, they didn’t really compare to similar shots from film, either. But they were a fairly user friendly way of creating digital images for online transmission.

Seeing the evolution of these early cameras is fascinating, and the technology was developing rather rapidly even back then. And it’s always interesting to see what other technology allowed cameras to take those leaps in advancement. Also, where those camera advancements have forced other related technologies to try and keep up with the needs of the users.

We’ve come a very long way in the last 20 years. Digital photographs have gone from a measly 640×480 to insane numbers of megapixels. We’ve left the short soundless 320×240 video clips long behind, and now embrace 4K UHD cinematography. We’ve got WiFi and BlueTooth connectivity, built in GPS (or the ability to steal the info from your phone), instant online sharing to millions of people, and a vastly different workflow.

I can’t wait to see where the camera technology is in another 20.

Have you owned or used any of the cameras shown in the video? What were you shooting in the late 90s? Did you jump into digital early? Or were you a die hard film fanatic who stuck with it for as long as you could? Let us know in the comments.

Ricoh GR II Announced; No Touchscreen and Rather Disappointing