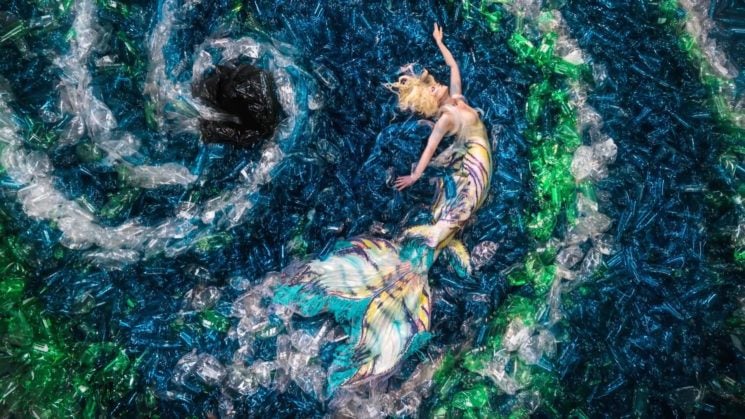 The ideas of conservation, living “green”, fighting pollution and global warming have been at the front of everybody’s mind in recent years. Well, almost everybody. It’s gotten to the point, though, where many have become numb to the relentless commercials and posters telling us to recycle and do this and that for the planet’s benefit.

Photography Ben Von Wong wants to keep bringing these issues back into the public’s conscious through amazing photography. This time around, he’s used 10,000 plastic bottles to create an ocean home for a beautiful mermaid. As usual, this was an idea in Ben’s head that came together with the help of a lot of volunteers and assistance.

The goal of Ben’s message is quite simple. Raise awareness for the damage plastic bottles do for the environment. But it’s a message we’ve been hearing for years. Recycle, recycle, recycle! But it’s not really enough. Taking a concept as seemingly mundane and ordinary as plastic bottles and turning it into something interesting, extraordinary and inspiring isn’t an easy task. 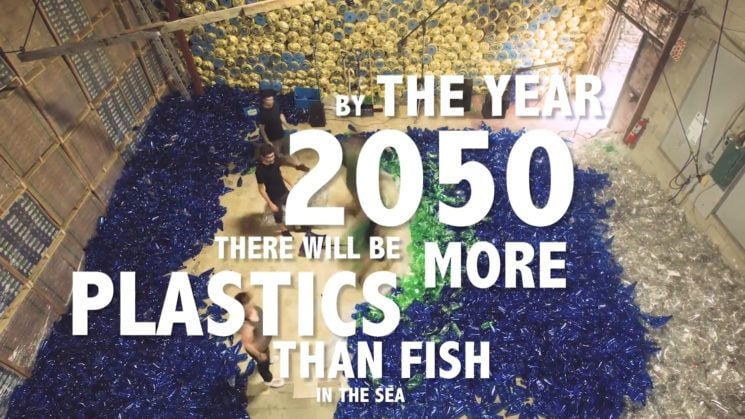 It started with the assistance of waste management company, TOMRA, in collecting 10,000 plastic bottles, which arrived in a huge 50ft long truck. Also key to the project is the beautifully designed handmade mermaid tail.

A sea of plastic was interesting and said, but it needed something unique and beautiful to make it stand out.

What more unique and beautiful to represent the ocean than a mermaid?

With an army of helpers, the bottles were stripped of their labels, washed and sorted into piles of various colours. Then, Ben set to work explaining what needed to be done to achieve his vision. This involved rigging his camera from the ceiling using wooden supports and pulleys, re-sorting and rearranging the bottles multiple times throughout the day, and a lot of faith. 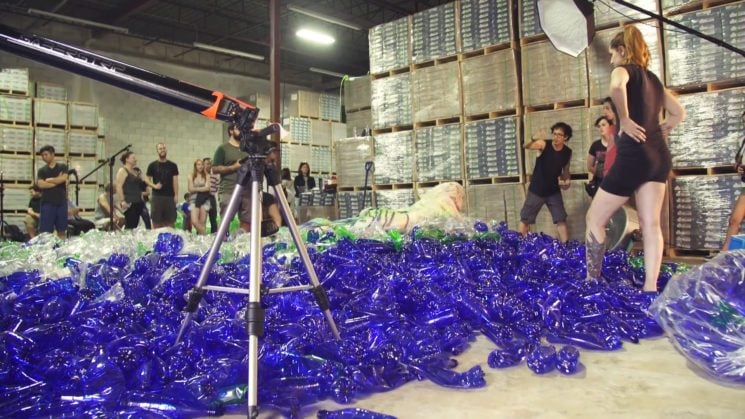 A number of very talented makeup artists and stylists came together to transform the model from a human into a believable mermaid. It was at this point that Ben began to feel the pressure. Everybody else had done their job, so now it was his turn.

Well, everybody’s hard work seems to have paid off and everything has come together beautifully in the final results. 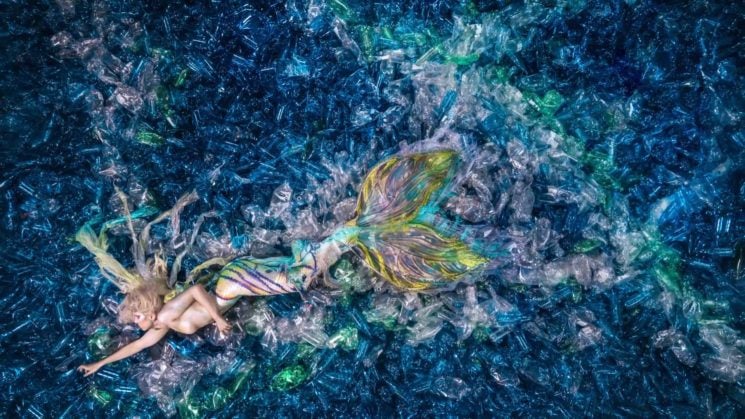 You can find out more about the shoot over on the 450 Years website and keep up to date with the project on Mermaids Hate Plastic.

Ben is also giving away a free 24×36″ print of your choice from the Plastic Mermaid series. The giveaway is free of shipping costs, and open worldwide. You can find out more about that here.

What do you think of the project? Do you think Ben succeeded in his mission to turn ordinary into extraordinary? Has it made you think about your impact on the oceans and environment? Let us know in the comments.

What would plastic waste look as ocean life? This incredible short film will show you