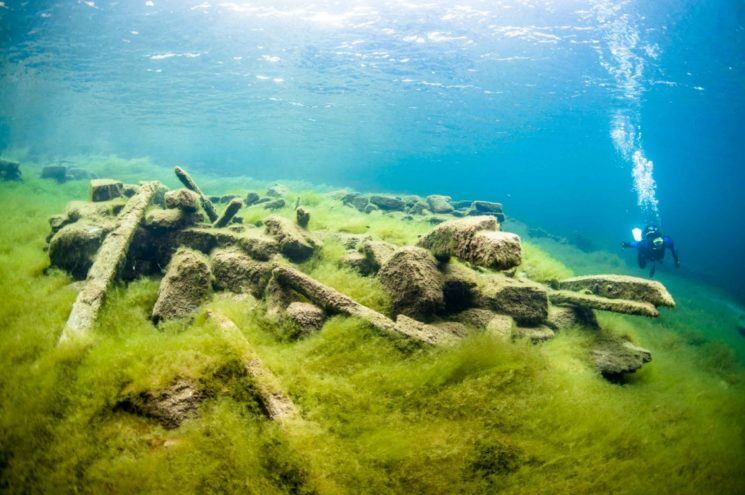 The legend of Atlantis has caused a lot of philosophic discussions and inspired many writers and artists for their works. While many people still argue whether it existed or not, Norway has its own Atlantis, and it is very much real. A Norwegian photographer and videographer Lars Korvald took a mask, fins and an underwater camera, and created photos and video of this magnificent place.

In 1908, a 1218 meters high mountain Keipen cracked. Huge amount of rocks came crashing down, and created a dam across the valley, blocking the river Lygna. The water started filling the valley and flooding the nearby farm. People had to evacuate, leaving everything behind, and the whole farm was covered by water in only a couple of days. This is how Lake Lygnstøylsvatnet was created. Today, it is one of the most popular destinations for scuba divers in Norway. 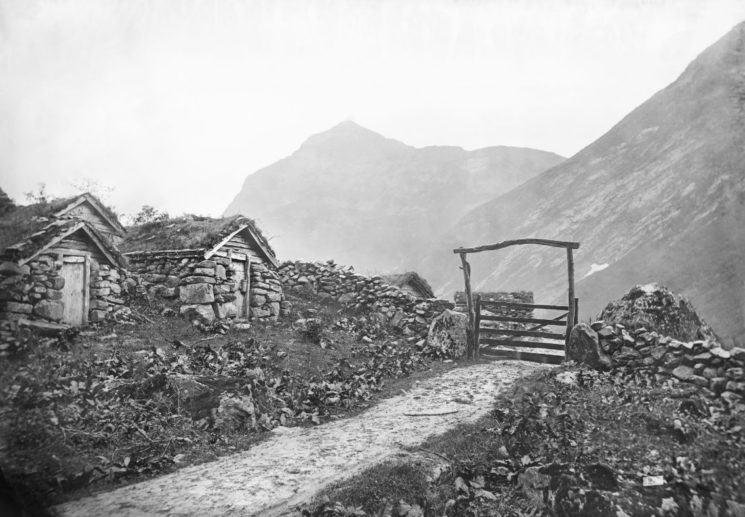 The old farms before the landslide (By: Knud Knudsen Universitetsbiblioteket i Bergen)

Lars Korvald and a team of divers visited this lake to create some stunning photos of a 100-year-old farm trapped in time. There are the remains of nine farm buildings, a bridge, a farm road, stone fences and a gate. There is even a whole underwater forest of bare apple trees. Lars captured all of it and transferred the atmosphere of this eerie underwater world. It gives me chills when I see how the time stopped for this place. And Lars’ photos and video depict it perfectly. 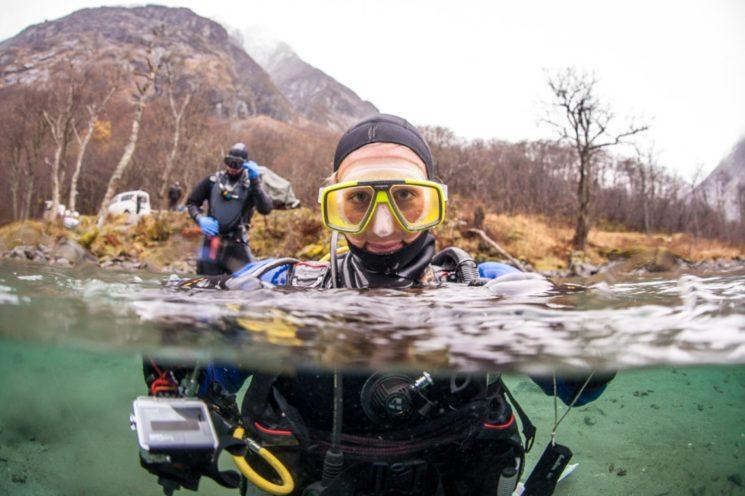 Henrikke getting ready to descend 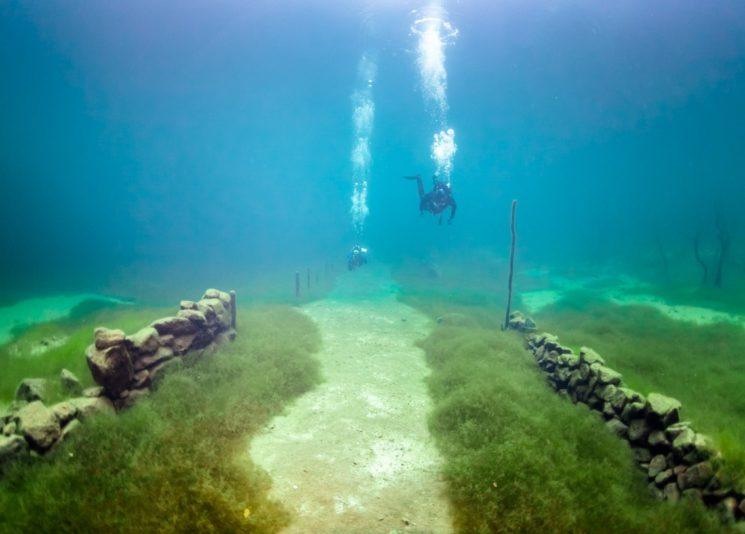 Swimming through the intersection 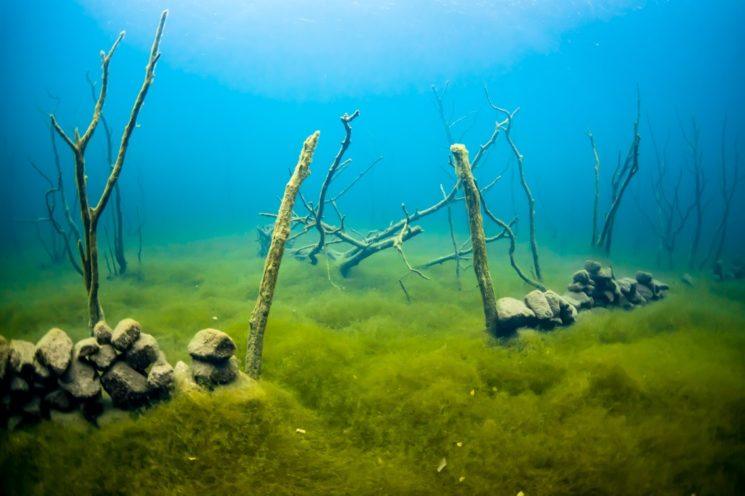 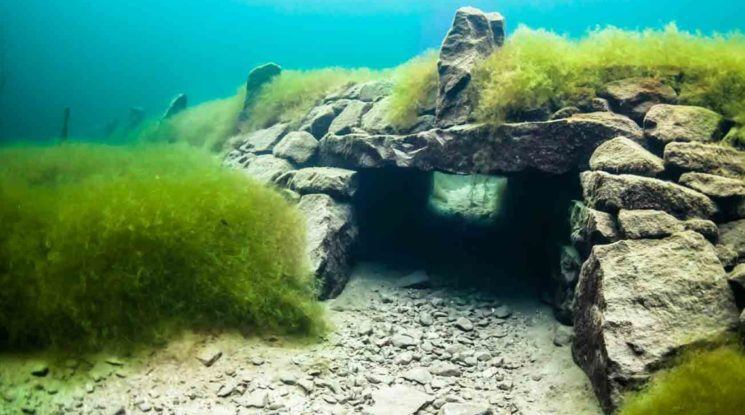 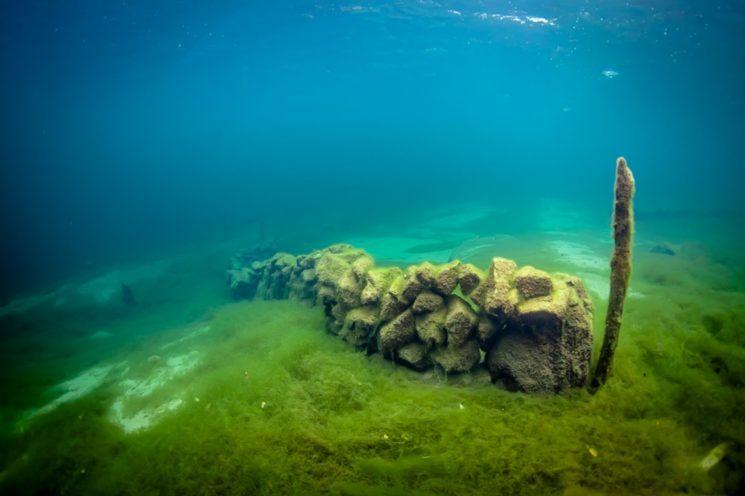 Fences down to the road

As Lars writes on his website, he took photos and the video over a period of 3 dives. The weather was cloudy there was even some rain, but the underwater conditions were fantastic, which you can definitely see from the video and the photos.