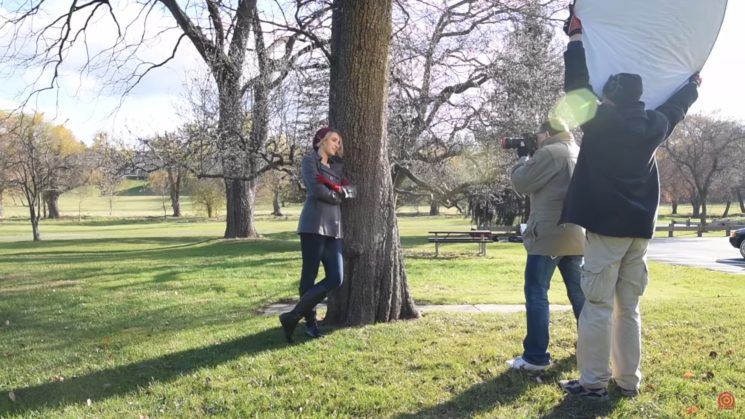 Reflector is most likely the second or the third thing most of us buy after the camera. If you are a portrait photographer, you probably use it a lot. But are you using it properly? In this video, Joe Edelman teaches you how to use the reflector properly and create flattering light for your subject when shooting outdoors. And the way to do it is actually very simple.

The whole point of portraits is to make people look good and create flattering shots rather than make the subject look bad. However, according to Edelman, what many photographers seem to do is use the reflector the wrong way – by placing it below the subject’s face. This not only blinds the subject, but it also creates unflattering light for the shot.

Edelman gives a nice explanation relying on physics. All creatures, together with humans, are used to the sunlight coming from above. This light casts shadows that tell us about the shape of the objects. If we place the light below the object, the shadows change, and so it may appear that the shape of the object is different, too. This is why the change in the light’s direction can visually change the shape of a person’s face. 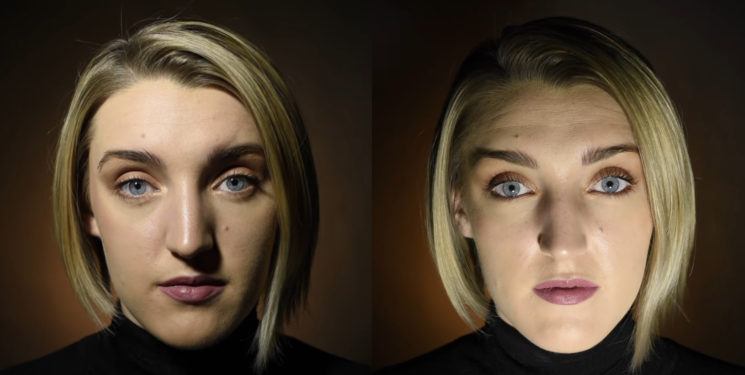 When I started learning photography, one of the first things I learned was never to shoot a model when the sun is directly above our heads. It’s true that the shadows are unflattering when the light is directly above, and people tend to look as if they have massive eye bags. Still, when you use a reflector above your model, you don’t have light that strong. You only use it to redirect and diffuse the sunlight, so you will get quite soft, natural and flattering light. 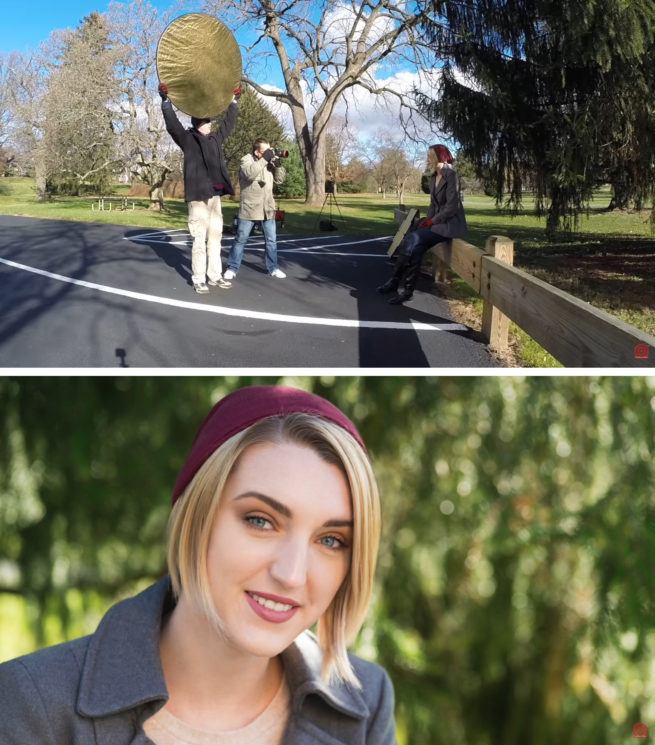 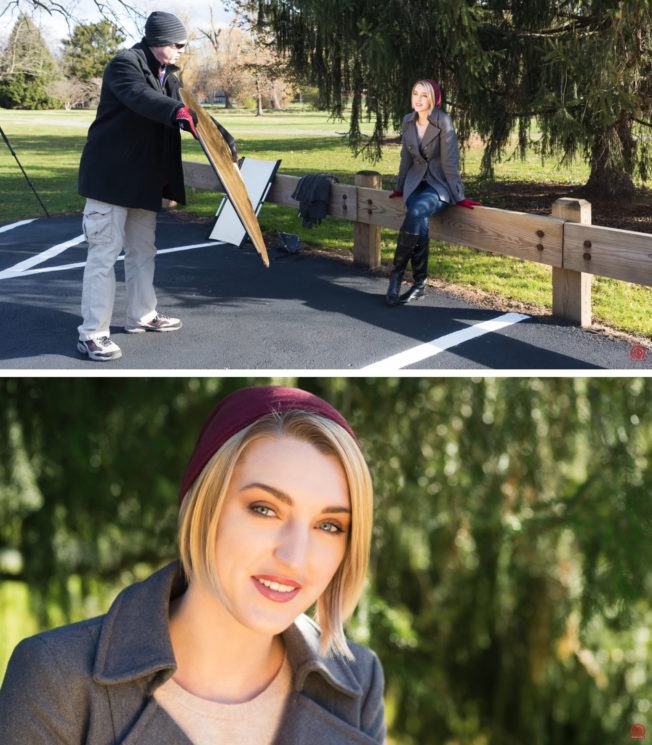 In addition to the tips on how to use the reflector, Edelman also discusses gold reflectors, which he personally doesn’t like and uses them rarely. As he says, they had their use in earlier movies, because there was not Photoshop to warm up skin tones in post-production. In photography, these reflectors are simply too yellow and they tend to create unnatural skin tones.

He mentions Peter Gowland, who used bed sheets and cardboard to make reflectors and shoot photos in the beach in Santa Monica, CA. After this, gold reflectors became a hit, and photographers started using them in attempts to recreate the Gowland’s style in every location and even when the models didn’t have golden-brown tan. As for Gowland, he simply didn’t need them.

It’s more important to create the light that will be flattering for the model, than look cool while making it.  Try it out, keep learning, practicing and shooting, and feel free to experiment. You are the one who should own your reflector and not let it own you!

[How to use a REFLECTOR the right way! | Joe Edelman]

It Only Takes 1 Reflector To Create Beautiful Portraits