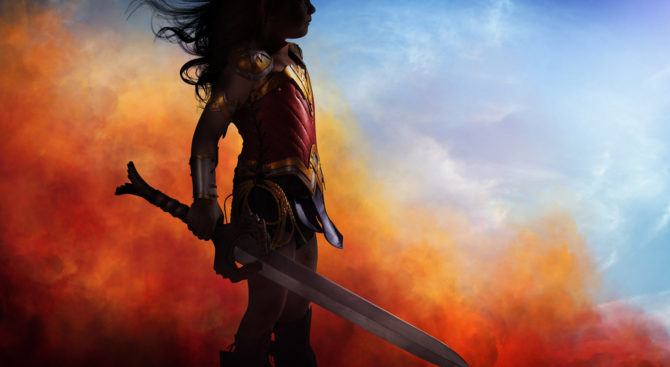 For parents, having great photographs of your kids is a big deal. For the kids, dressing up at Halloween is a big deal. This year, commercial photographer Josh Rossi decided to combine the two with his three year old daughter, Nellee. To fulfil her dream of becoming Wonder Woman, just spent $1,500 on a hand made leather costume and props for the ultimate photo shoot.

It may sound like an expensive investment, but for such unique and special photos, I’d say it’s worth it, though. Besides, one could easily spend that on regular studio portraits, so why not? DIYP wanted to find out more about the project, so we got in touch with Josh to have a chat.

A shoot like this is an expensive proposition, so there’s a lot of risk involved. We wanted to find out what motivated Josh to take on such a project in the first place.

Every year I create a cool image for my girl’s birthday card but this year passed without one. I was a little disappointed because I was working a lot and didn’t have time to produce anything cool. Last minute I decided to kick it into gear and do something super epic. My wife keeps asking me to take pics of our daughter so I thought that If I went all out she wouldn’t complain ever again, ha!

Originally I wanted my daughter to be a superhero but wasn’t sure which one. I thought of cat woman and a few others but realized that cat woman has been overly sexualized with her tight leather suit and didn’t want my daughter anywhere near that character. I was wracking my brain to figure out who would best represent my daughter and I finally came up with Wonder Woman.

Given the route that Hollywood’s Catwoman has taken in recent years, one can certainly understand that decision. 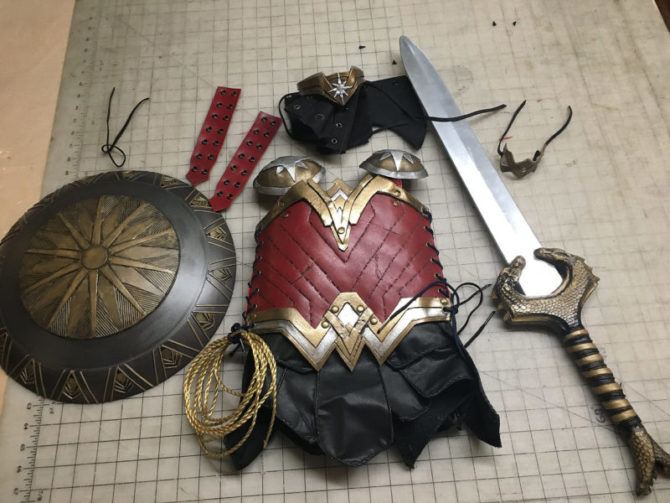 The original inspiration came from the Batman v Superman movie. The end part shows Wonder Woman kicking butt and almost outdoing superman! I got really excited and became obsessed with this character.

I immediately called my costume designer friend to make an exact replica of Wonder Woman’s costume but for a 3 year old. The costume took about a month to create. 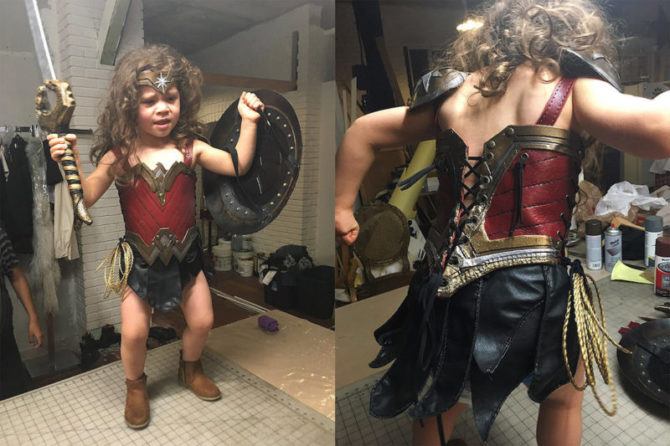 Looking at the quality of the outfit, it sure seems to have been worth the wait. The amount of detail it contains is very impressive. With only Batman v Superman and the Wonder Woman trailer for reference, Josh and his crew set about their task. 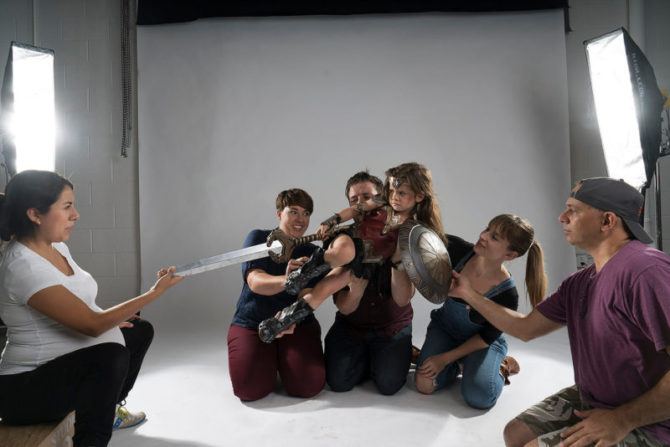 Josh shot the images using a Sony A7R2 and Paul C. Buff lights. While the shoot went mostly without a hitch, he did run into one or two problems.

The only issues I ran into with gear were that one of the lights seemed to be overheating as well as my camera.

I was shooting so fast in RAW that my camera and card (100mbs) couldn’t handle it and it started slowing down toward the end of the shoot.

At least he got there in the end. Fortunately, Sony seem to be addressing the overheating issues if the new A6500 is anything to go by.

Obviously, you can’t really send a three year old flying through the air, so a big part of this session was in the post processing. We asked Josh to tell us a little more about how everything came together.

I used Photoshop for the compositing. I had to shoot different pieces of the image and then stitch it together afterwards. 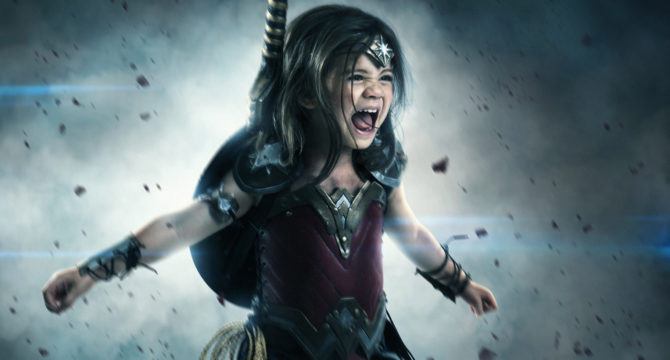 The hardest part was stitching different body parts together. In some images I had to stitch both arms, a hand, head, shield, sword, hair and whip. It was really intense. Working with kids is hard because they don’t do one full pose that looks good. You have to take different shots and stitch them together. 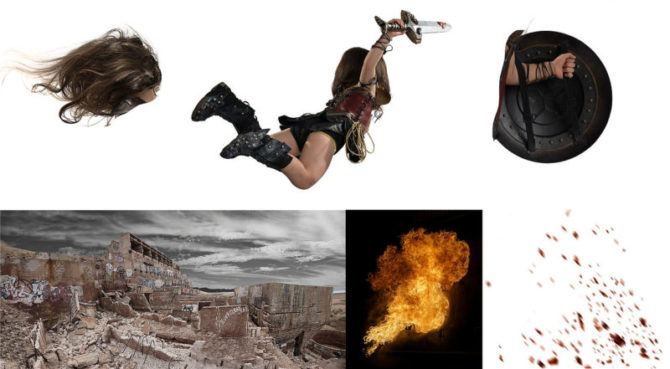 Even with adults, it can be difficult to get that perfect pose sometimes, and I’ve occasionally had to replace arms or heads from another shot to get the best final look. So, I know a little of how he feels.

After that I put on some heavy contrast to create a cinematic look as well as intense coloring. At the end I did a lot of dodging and burning. The key though is to dodge and burn in the right places and to not overdo it. 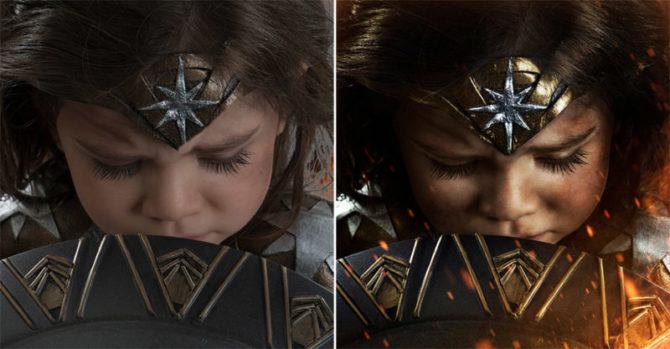 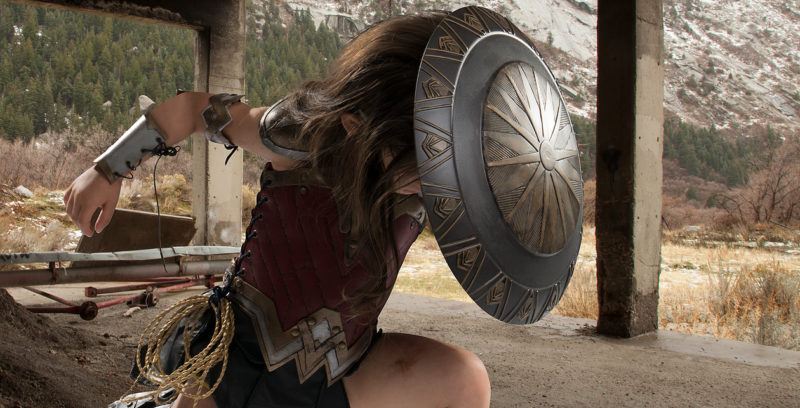 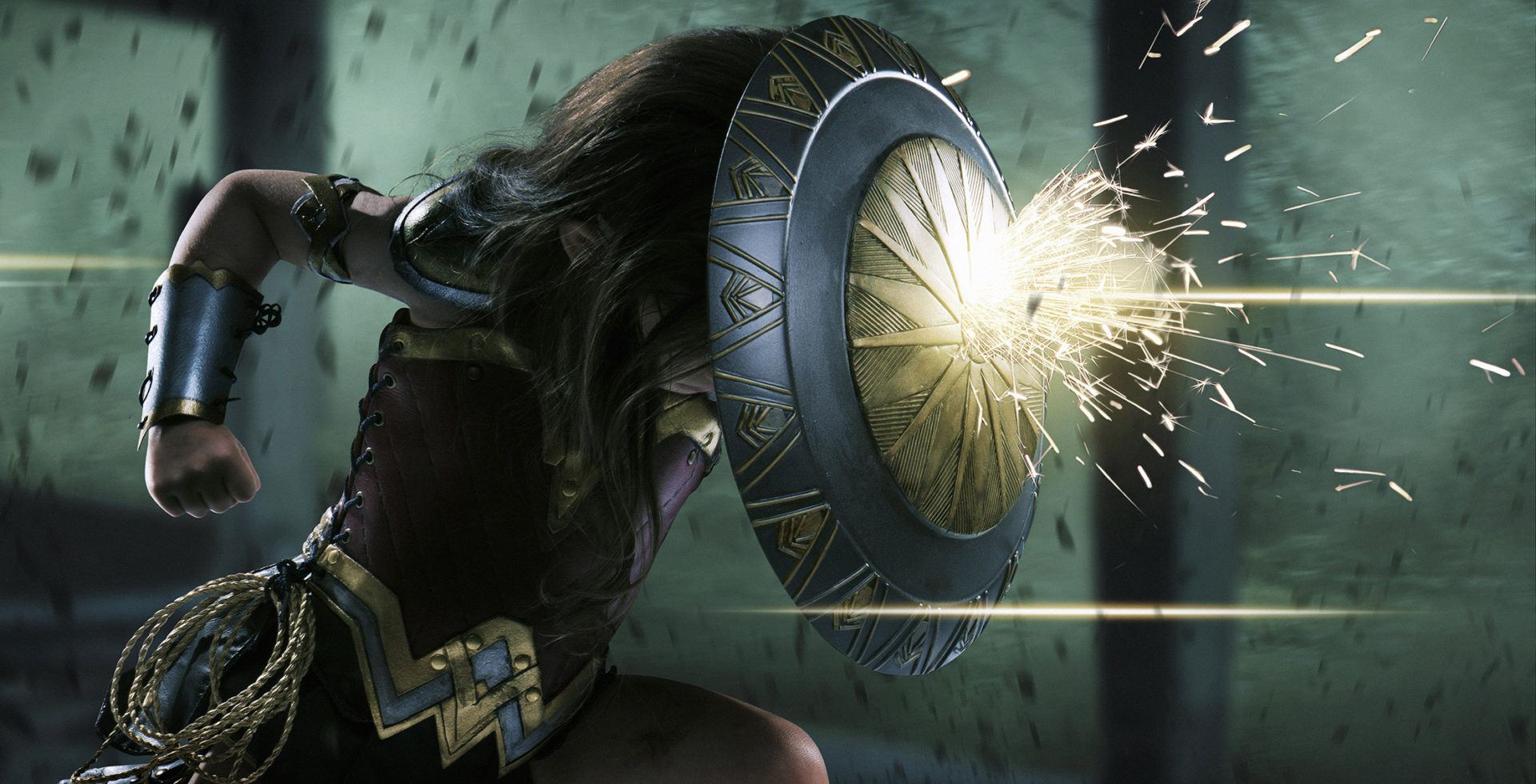 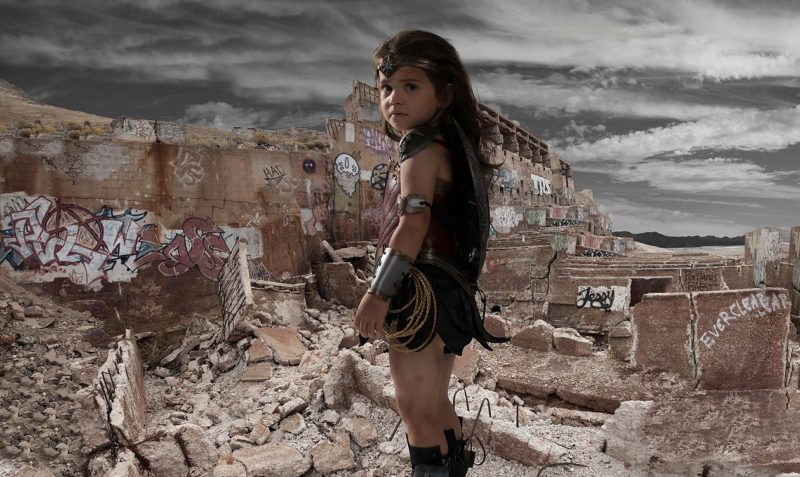 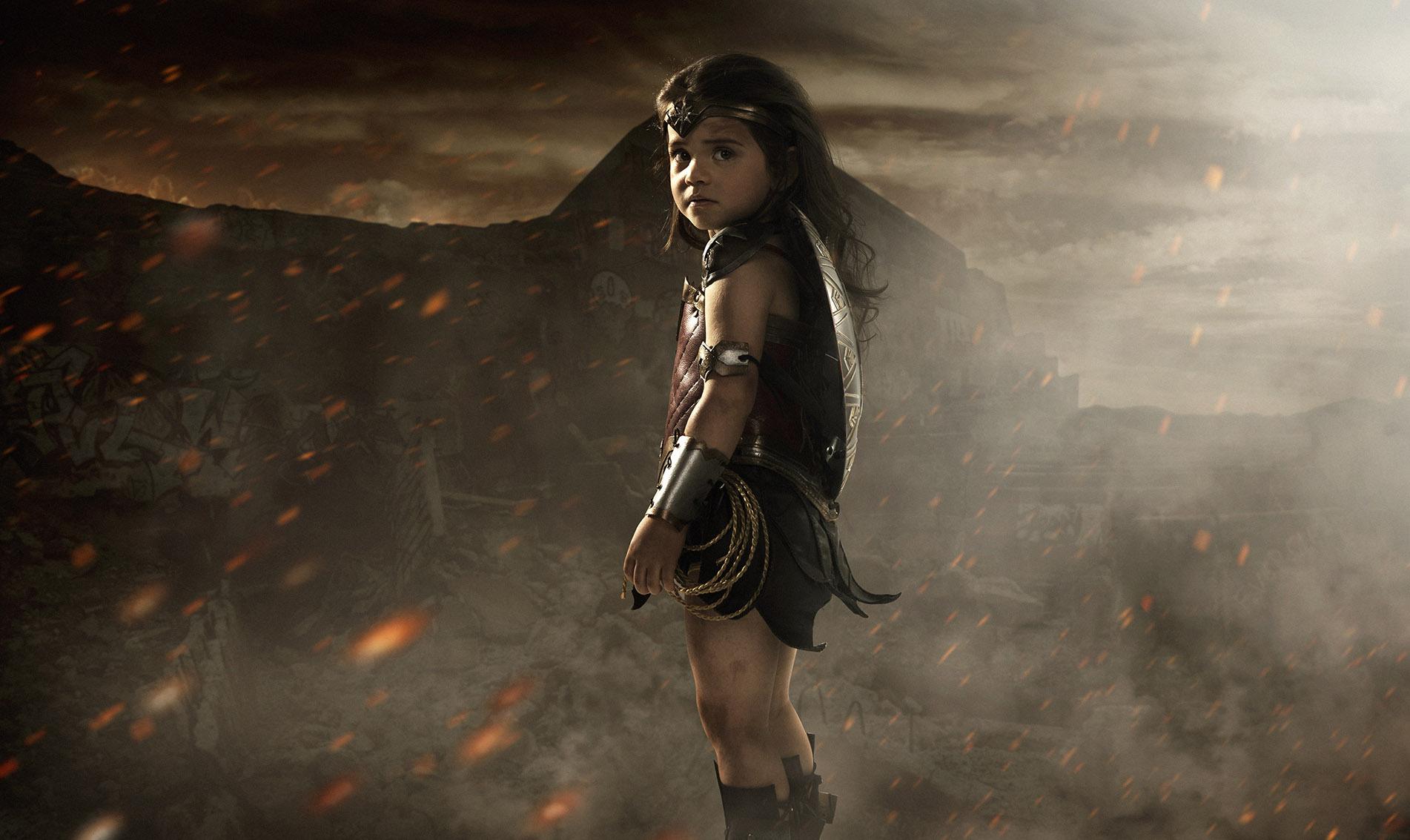 Looking at the results, it definitely seems to have been worth all the cost and effort. A huge congratulations to Nellii, Josh and all the rest of the crew involved. And thank you, Josh, for taking the time to talk and share with us.

If you want to find out more about Josh check out his website. You can also follow his work on Instagram or reach out to him through Facebook. And, if you need a kick ass costume, McGrew Studios looks like a pretty safe bet. Images used with permission.

What are you doing with your kids this Halloween? Does this give you ideas for making your own mini super hero? Let us know what you think in the comments.

Halloween Special: Buy 3+ Halloween Packages and Get 50% off

« Want to get into VR but don’t know what rig to buy? Watch this video
How to turn a trash can into a DIY firelight simulator »