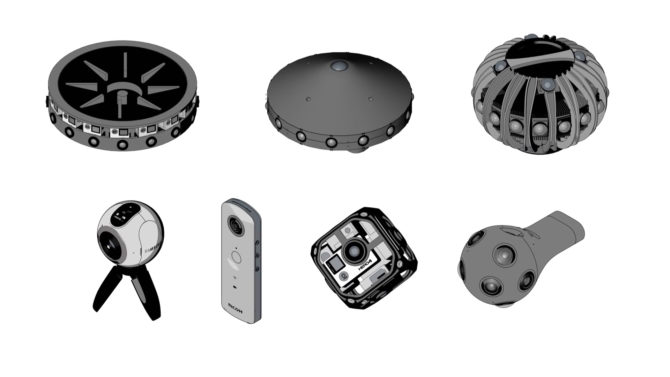 Virtual and augmented reality has become a big deal in the last couple of years. There’s a lot of different options out there now for shooting and streaming 360° content. If you want to get into VR content, though, it can be difficult to know where to begin. Most of the currently available solutions are quite expensive. The ones that aren’t may be inadequate for your needs.

This video from Pixvana walks us through the basic options. It helps us make decisions based on our own requirements. If you just want to stream to Facebook, for example, you don’t need a rig costing tens of thousands of dollars. On the other hand, if you want to make super detailed high resolution immersive content, you’re probably not going to manage it with a Theta.

The video splits the cameras up in to four basic categories.

At this basic level, we have the likes of the Ricoh Theta and the Samsung Gear 360. Even within the entry level, though, there’s a wide range of price, features and quality. They’re dual lens systems which are pretty easy to operate and they’re small enough to fit in your pocket. 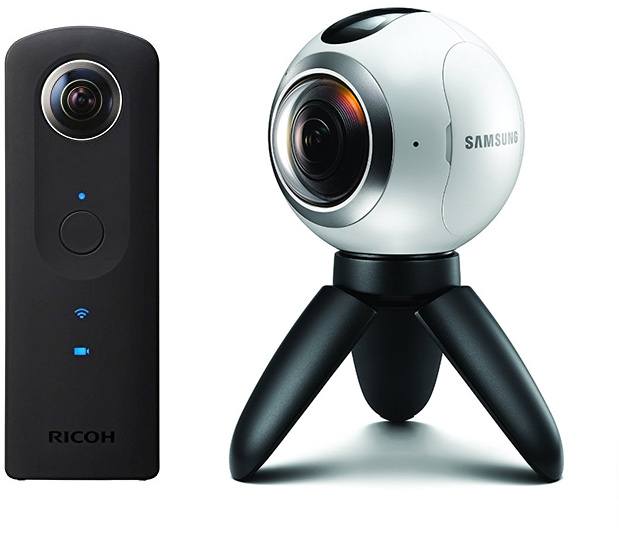 Which to go for depends on your needs. If you want to stream, the Theta is your best choice here. The Gear 360, on the other hand offers 4K footage. So is a better route to go if you want have some semblance of image quality in edited footage and don’t need streaming.

Both of these options can be had for under $400. Stepping your price point up slightly offers a host of other options including the Nikon KeyMission 360 and Kodak Pixpro dual camera system.

Mid range solutions bump up the price quite significantly. They often involve several cameras in some kind of frame and require stitching in post. One such solution is the GoPro Omni. It’s a $5,000 all in one complete solution.

It has a frame to which you can mount the six included GoPro Hero4 Black cameras and half a dozen microSD cards with readers to unload all your footage quickly. It also has a power hub to keep all six cameras synchronised and running and includes Autopano video stitching software.

You can get similar options for a lower cost, though, if you’re willing to shop around and do a little work yourself. I use a 3D printed frame along with six YI HD Action Cameras. You’ll still need to buy memory cards, figure out a power source and get stitching software, but this drastically reduces the total cost. And, once stitched, your’e still getting 4K 360° VR footage.

The high end is where we start looking at serious money. In the video, they suggest the Nikia OZO. This is a system which costs around $45,000 to purchase or $3,000 a day to rent. You’re certainly not going to be using it to document immersive drunken nights out like you might with the Gear 360.

You do get a lot for that difference in price, though. The unit includes 8 cameras, each with a 190° field of view. These can be previewed live on a Mac with full manual control over exposure. The software also tells you how much time you have left both in terms of power and storage capacity. 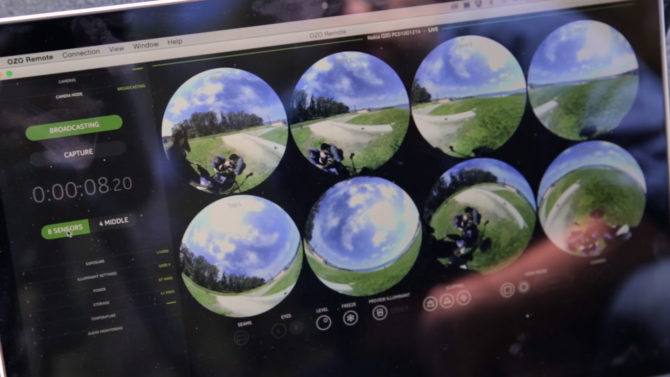 As well as the 8 cameras, it also houses 8 microphones to capture sound in all directions. When played back through a VR headset, this is sure to help increase the immersive nature of the footage.

Other rigs included in this category are the 3D VR rigs. like Facebook’s Surround 360. While it is an open source project, it’s certainly not cheap. Your total cost for this setup would be around $30,000.

I suppose, technically, the YI Action Camera rig I mentioned above could be classed as a custom rig, but here we’re talking much higher end. As in Hollywood level production value. Here, you’re talking multiple 4K or 6K BlackMagic or RED cameras. These are capable of producing incredibly high resolution raw video, and far beyond the budgets of most of us.

Exact pricing is difficult to offer here, as they are custom rigs. Exactly how much will depend on the number of cameras you go for, which model of camera, the lenses you choose to use, and a host of other variables. Suffice to say, they can make the high end options mentioned above seem quite low budget by comparison. 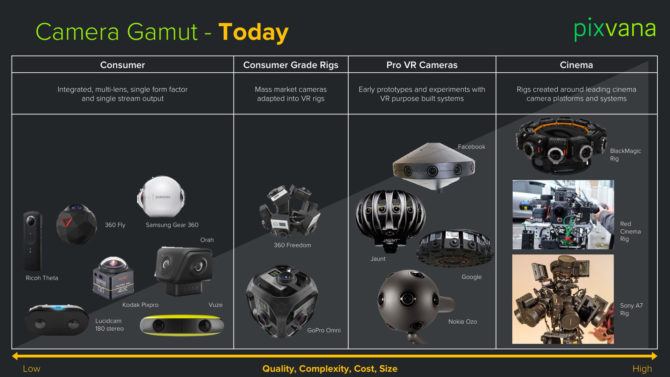 The options for 360° VR today are as wide and varied as flat 2D stills or video cameras. There’s solutions out there for all budgets, all needs, and all budgets.

What’s your 360° video or stills solution? Have you gone for one of the more user friendly budget solutions? Or have you stepped up your game with multi-camera stitched offerings? Are you still trying to figure out which direction you want to take? Or are you not bothering with VR at all? Let us know your thoughts in the comments.

[Pixvana via Road to VR / No Film school]

Watch this before you buy your first camera