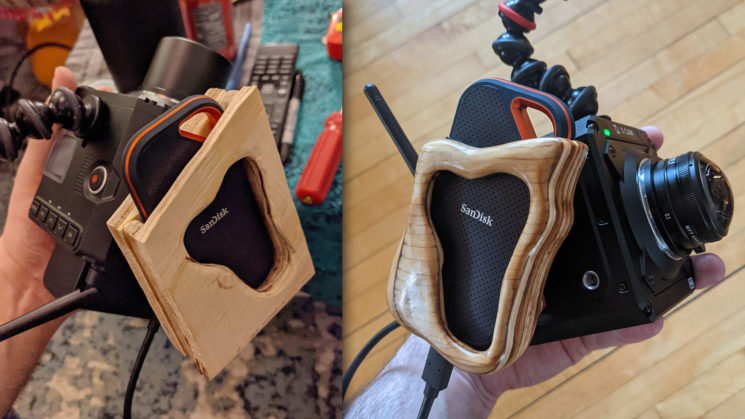 Sometimes, you have a camera rig and you need a thing, and there’s just no real commercially available solution out there to give you exactly what you need. So, you make your own. And that’s exactly what filmmaker Maximillian Wasinger did for his Z Cam E2 rig, with this rather fetching looking wooden side handle that also acts as SSD storage.

And when we make such things, sometimes we document the process to share with others. And, thankfully, Maximillian did that, too. DIYP spoke with Maximillian to find out more information on his process to design and build this handle, and he was more than happy to share it with us.

Why not, indeed. After all, if you’re going to go to the effort of designing something functional, you might as well make it look good while you’re at it.

Maximillian told DIYP that he built the handle mostly from scrap and leftovers. He had a metal angle bracket lying around with holes in it that just happened to line up perfectly with two of the 1/4-20″ mounts on the side of his Z Cam E2. He drilled them out to better fit the screws and trimmed the bracket down to the size requirements. 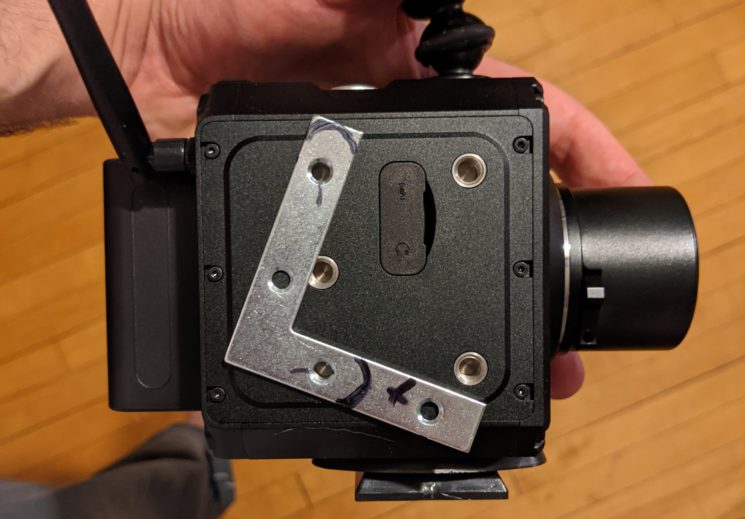 He says that washers might have worked as well, but using this bracket allowed him to distribute the stress as much as possible.

I transferred the position of those holes to plywood and traced out the rough shape of the SSD around them, and roughed out the design of the pieces from there. (I ended up adding a third hole which allows me to mount the grip in the forward leaning position you see in the photos, or I can tilt it back so that it’s more upright. 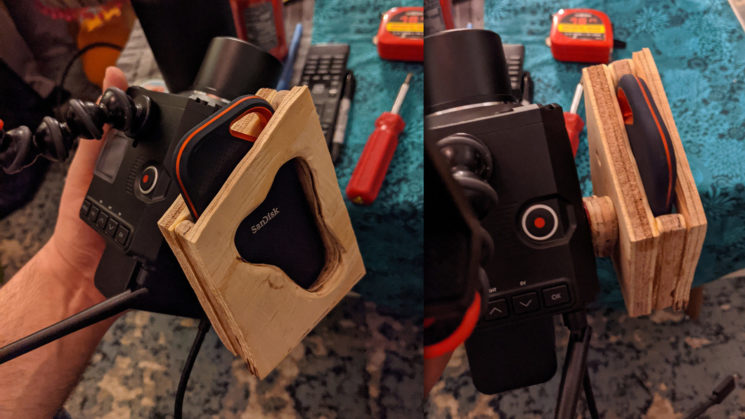 It feels more natural in the forward position, but the upright alternative allows me to keep my fingers out of view of the all-seeing Laowa 4mm, which is a super fun piece of glass by the way.

Being about to mount it in multiple positions to suit the needs of what you’re shooting is definitely a handy feature. Sometimes the most comfortable or ergonomic position isn’t the best for what we’re trying to film or the equipment we’re using – which Maximillian points out above about the ridiculously wide Laowa 4mm lens. 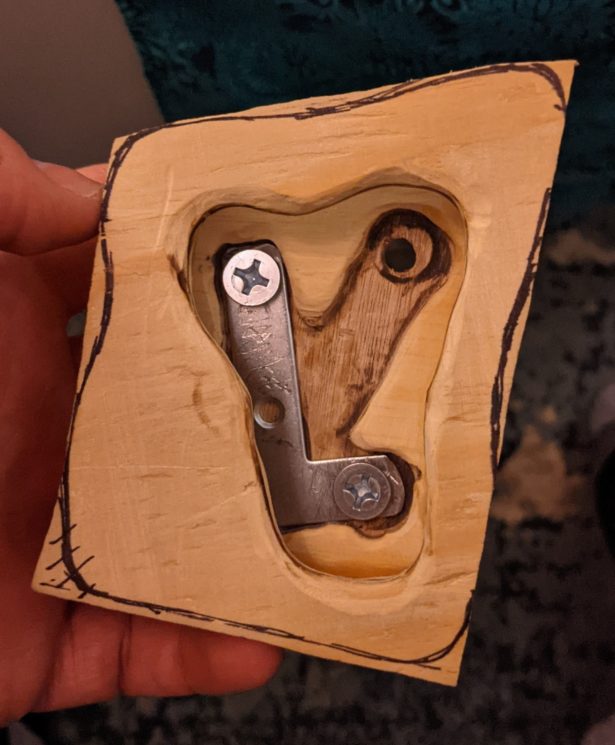 I can actually move the grip to the front mounting holes as well, which I think will help with balance when longer lenses are equipped.) The grip has three main wooden pieces that I glued and clamped together overnight. 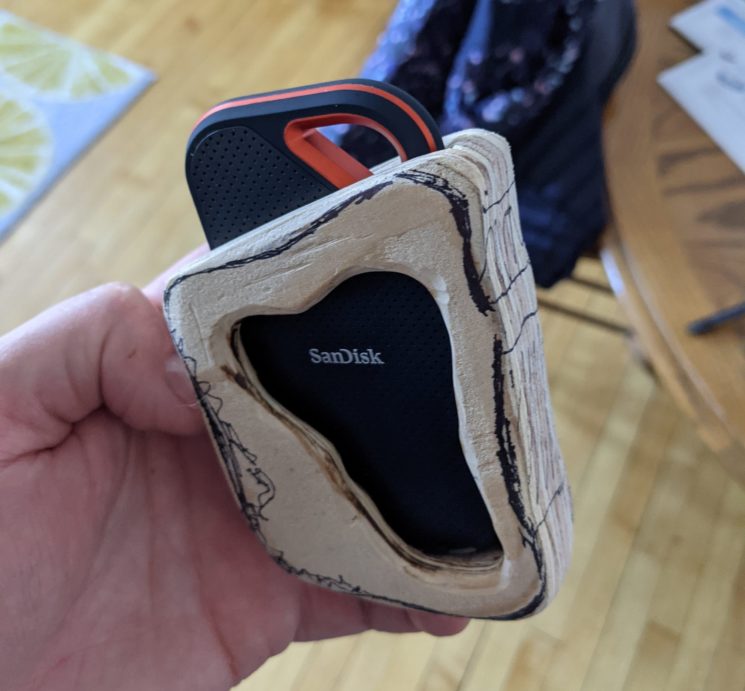 After that I went through a few rounds of sketching and shaping using a rotary tool and a bandfile. Once I found the shape I was after, I sanded, stained, and finished with satin polyurethane. Enough of that stuff turns cheap plywood into something quite nice looking. 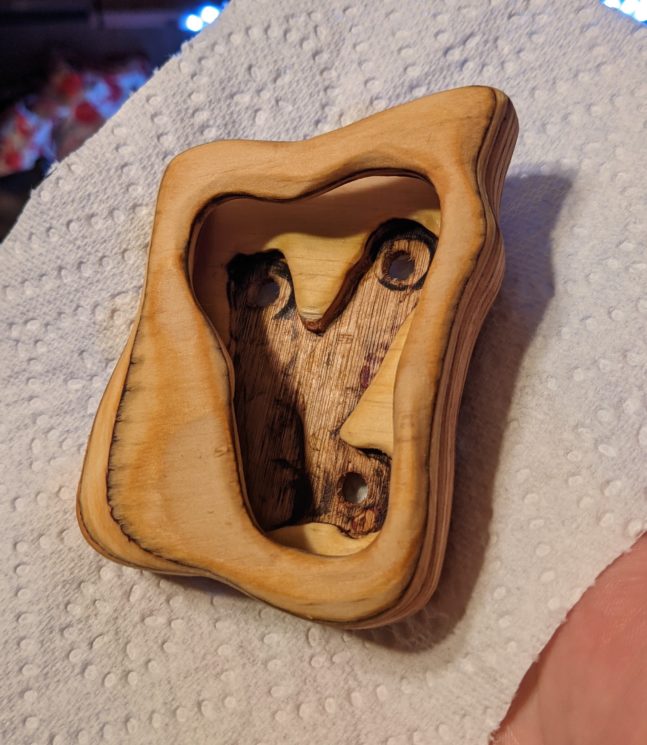 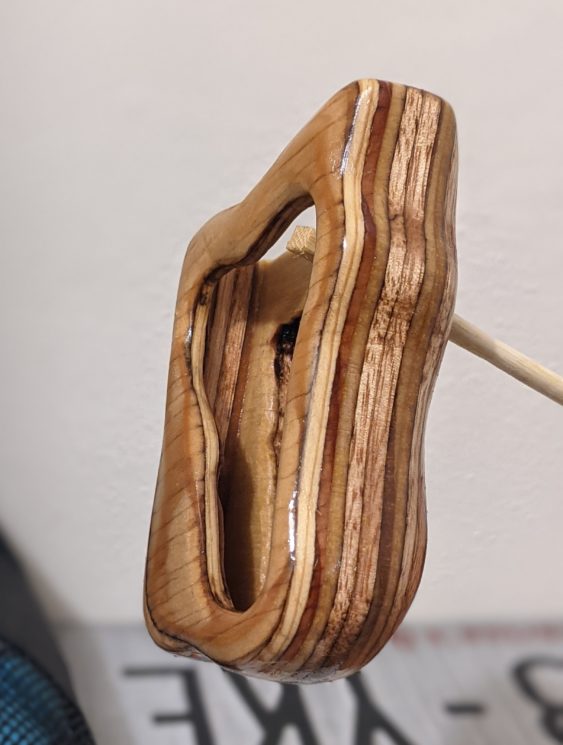 Finally I created a smaller bean-shaped spacer, sanded and finished the same, that creates some room for your fingers when you hold the camera. 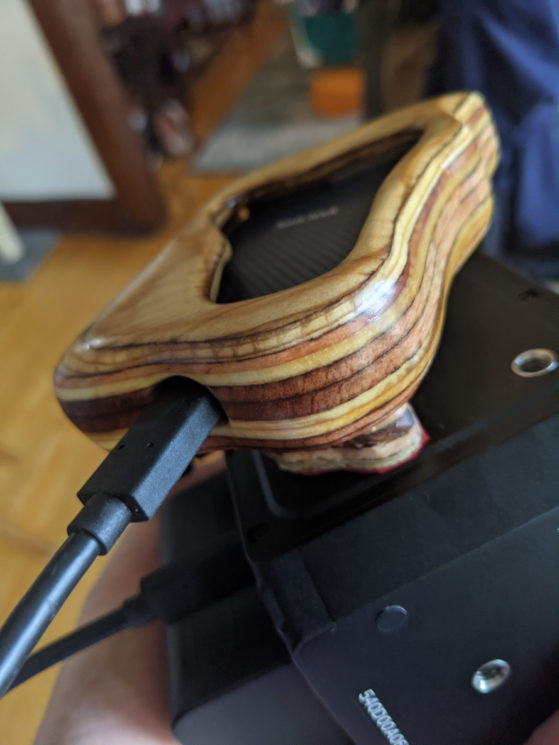 I cut some pieces of silicone from an old cupcake mold to add some squishy tension to the connection point. That’s about it. Finished!

The goal was to make something that attaches directly to the camera without having to buy a cage. Saved me money and quite a bit of weight too!

It sure looks like it fits the bill and that polyurethane makes even cheap scrap plywood look pretty awesome. A very cool idea implemented well and it looks pretty stylish, too!

If you want to find out more about Maximillian and some of his work, be sure to check him out over on Instagram.

How I built my own DIY long-term weatherproof timelapse rig