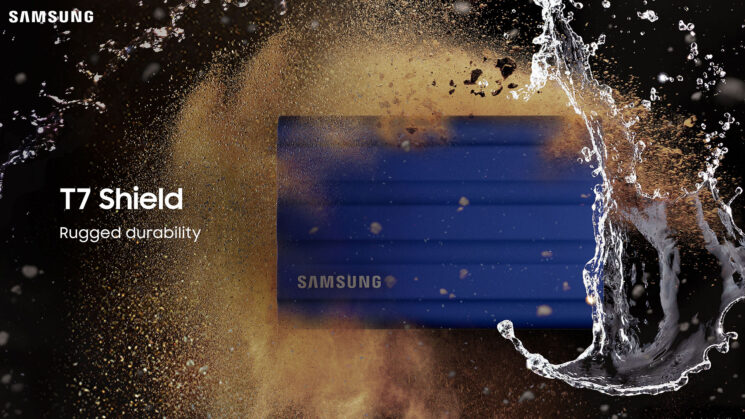 Samsung has announced their newest portable SSD, the Samsung T7 Shield. Now, on first glance, especially given the name, it might just sound like a regular Samsung T7 drive in a fancy rugged enclosure and… Well, yeah, that’s pretty much exactly what it is. But now that the world is opening back up and photographers and filmmakers are getting back on the road to start shooting in extreme locations, backup storage that can handle those extreme conditions is handy.

Samsung says that they’ve designed the T7 Shield in such a way as to minimise overheating and performance degradation issues, too – potentially a common problem working in rough terrain in hot countries when you’ve got a terabyte of footage to back up. They say it’s been optimised both inside and out to minimise the heat build-up to keep things running as smoothly as possible.

Like the T7, the T7 Shield is compatible with a wide range of devices including desktop and laptop computers, smartphones, video switchers, cameras and basically anything that can save out to a Type-C SSD. It also features advanced hardware encryption so that if your T7 gets lost or stolen, nobody can access your data. 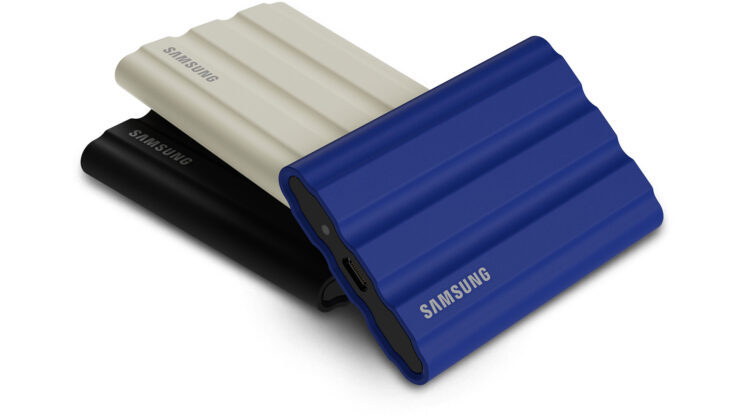