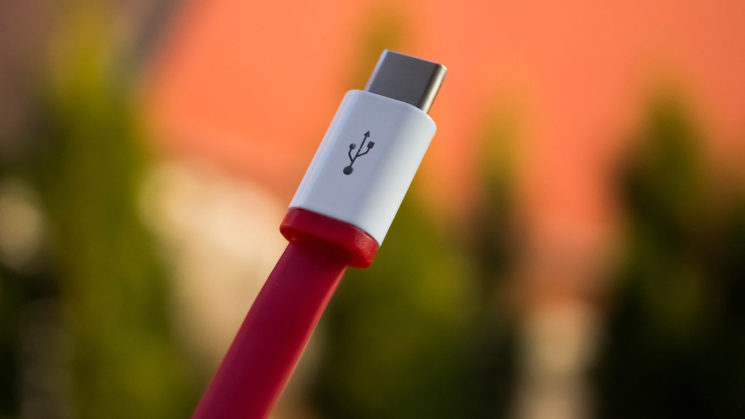 While not strictly a photography topic, all of our cameras use USB, as do our card readers, many of our flashes, flash triggers, and other devices we use during the course of our daily photographic lives. And the numbering system used with our equipment is about to get a bit more complex.

Yes, the current USB 3 protocol is being renamed. Again. USB used to be so simple. We just had whatever the current version was. Now we’re going to have three different USB 3.2 protocols, and two of them have already have names. And one already had a name before its current name!

A brief history of USB

Introduced in 1996 and debuted with the comical launch of Windows 98, we had USB 1.0 with its whopping 12Mbps transfer speed – yes, megabits, around 1.5MB/sec.

Once the blue screen of death issues were resolved, we got USB 1.1. As well as the 12Mbps we were used to, this also offered a (wait for it…) “Low bandwidth” 1.5Mbps (~187KB/sec) mode for legacy serial devices.

Then USB2 came along in the year 2000. It added support for powering USB devices, and the introduction of USB On-The-Go, allowing USB client devices to talk to each other without the need for a host. Many devices were still limited to the 12Mbps of USB 1.0 and it was also backwards compatible with the 1.5Mbps devices, but USB 2.0 brought with it a potential (theoretical) maximum speed of a pretty insane 480Mbps – around 60MB/sec.

In 2011, USB 3.0 was introduced. A new super high speed USB connection for fast data intensive devices, like external hard drives. That previous 480Mbps ceiling was smashed by USB 3.0’s new 5Gbps (625MB/sec) maximum speed. USB 3.0 brought with it a new plug to connect to your USB devices to cope with these faster data speeds.

The logical thought here was that USB 3.1 would simply be the new standard. It would retain all of the backward compatibility required for USB 3.0, as had always seemed to happen in the past, and full steam ahead with USB 3.1, right? Well, no, not exactly. Now we suddenly had two USB standards going at the same time with the new name.

This brings is up-to-date with the newest USB protocol. USB 3.2. This again, doubles the speeds of the previous generation, bringing us up to a maximum theoretical limit of 20Gbps (2.5GB/sec). It retains the now familiar Type-C socket, and ditches all of the other USB plugs we’ve used in the past.

But this new protocol has brought with it another renaming of the current protocols. 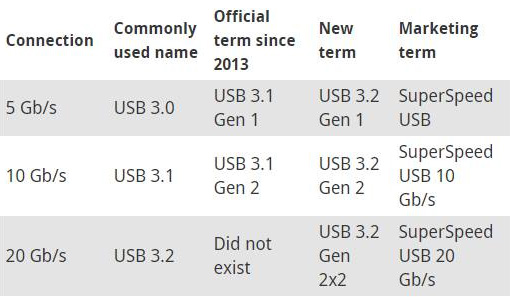 I really don’t understand why they have to keep renaming the older protocols as each new one comes out. It just makes things more confusing for everybody. Why couldn’t USB 3.0 always just be called USB 3.0? Why did it have to split up into two separate USB 3.1 generations? And why are there now three separate USB 3.2 “generations”?

So, as you’re looking around for new camera gear, phones and other gadgets over the next few years, trying to figure out exactly which protocol is which and how fast everything will work with each other, just refer to the above handy chart provided by the folks at IT Pro.

Can you imagine if camera companies did this each time a new model was released?

« Godox is showing off a new X2T trigger with easy group control and built-in Bluetooth at WPPI
This camera reunited with its owner three years after falling 1,500ft in Zion National Park »