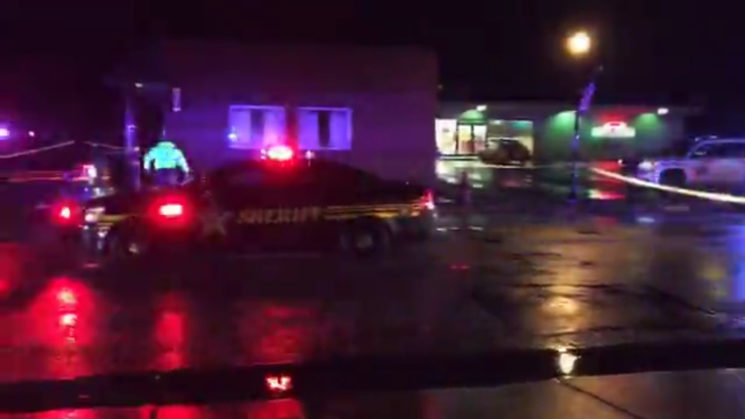 Shootings are covered by the media every day. What’s not so common, though, is when a news organisation is reporting that one of their own staff has been shot. In this case, New Carlisle News photographer, Andy Grimm. Grimm had left work to cover a lightning storm passing over the small town boasting a population of around 5,700 people.

While he was out, he encountered a traffic stop. He pulled over to turn his camera toward that, and while unloading his equipment from the car, he was shot by Deputy Jake Shaw of the Clark County Sheriff’s office. Reports say that one bullet struck him in the chest, while the other grazed his shoulder.

After being shot, Grimm was rushed to Miami Valley Hospital for surgery, and is expected to make a full recovery. In describing the incident he said…

I was going out to take pictures and I saw the traffic stop and I thought, ‘hey, cool. I’ll get some pictures here.’

he then pulled up into a parking lot in full view of the deputy, got out of his jeep and started setting up his camera.

I turned around toward the cars and then ‘pop, pop,’

Grimm said there was no warning. But he holds no animosity towards the deputy. He went on to say that he knows Jake, likes him, and doesn’t want him to lose his job over it.

Now, I can understand accidents happen. I can see how maybe tripod legs might potentially look like some kind of weird rifle in the dark. Especially when it’s stormy, lightning’s flashing, and visibility’s not that great. But to not even call out a warning? Nothing?

Grimm called the shooting a misunderstanding. But it seems to me that some Sheriff’s Deputies need a little more training.

The Attorney General’s BCI division is investigating the incident.

« How to turn your male subjects from doofy to dapper in three simple steps
If you ever wanted to know how to upset a photographer, here’s a few ways »