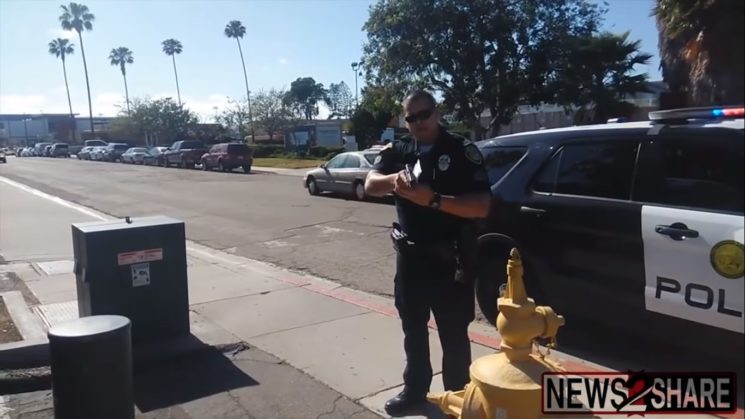 We’ve definitely heard of more than one case when police officers confused cameras and tripods for guns. A San Diego photographer almost got shot by a Community College District police officer because of his GoPro. The officer held the photographer at a gunpoint when he refused to put the camera down, claiming that he didn’t know what a GoPro was.

The video is from last year, but it was recently posted on Reddit where it has caused lots of reactions. According to News2Share, the photographer had a regular camera and a GoPro attached on top of it. At the beginning of the video, the officer asks “What are you filming for?” And five seconds later, he asks the photographer to put “that” down because he doesn’t know what it is. Many comments on both YouTube and Reddit call out on the officer for this. How can he not know what “that” is five seconds after he asked the photographer why he was filming? Still, it appears that he did know what a “regular camera” was and he was allegedly confused by the GoPro. So confused, that he held the photographer at gunpoint for about half a minute.

Fortunately, another officer soon showed up and returned the GoPro to the photographer. He reportedly wasn’t arrested (because the other officer apparently knew what a GoPro was). As News2Share writes, the officer who drew a gun was sent to a paid administrative leave after the incident.