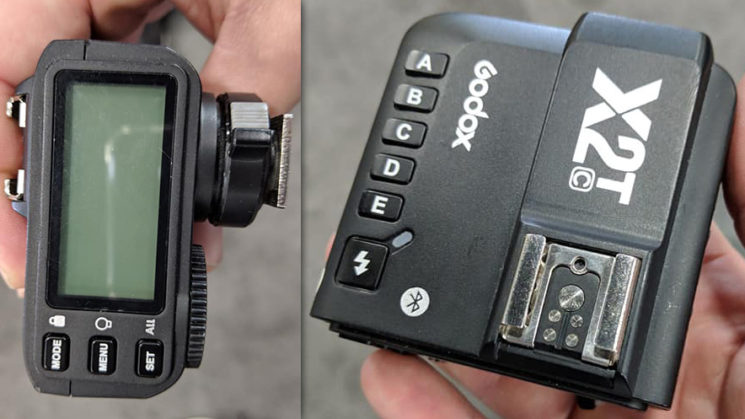 Many thought that the Godox X1T line of triggers would simply die off once the Godox XPro had been released. But it was not to be. Too many people want that passthrough hotshoe and they’ll never give it up in favour of the XPro, no matter how much more efficient the workflow is.

Godox appears to have listened to this feedback, and is launching the Godox X2T. It’s a new trigger based on the original Godox X1T style design, but with buttons to select specific groups and built-in Bluetooth for smartphone power control. Rob Hall had the chance to have a bit of a play with one at WPPI and grabbed a few photos.

There’s no official mention of the X2T trigger on the Godox website, but I think it’s a pretty safe bet to assume that it will come in all the usual flavours, including Nikon, Canon, Sony, Fuji, Panasonic/Olympus and probably now Pentax. There are a few features that we can see from the photos, though, and Rob has filled in a few blanks.

Starting on the top, we can see that there are five new buttons, labelled A through E denoting the five groups of flashes you are able to control. These will offer quick and easy access to adjust the settings for a specific group at the push of a button, which is much easier than faffing around with that dial on the X1T. 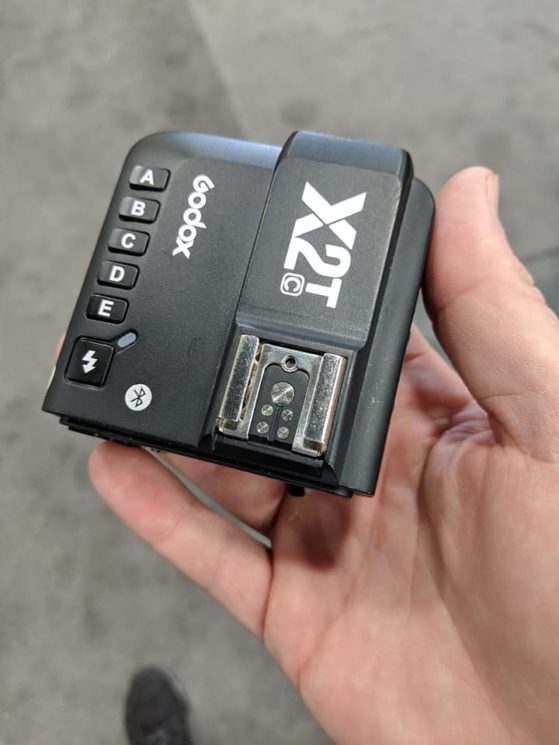 And speaking of the dial, it looks like that’s been moved underneath, which should allow easier spinning in greater amounts than is possible with the X1T. You’ll also notice a slight change to the foot. Yes, that’s right, gone is the threaded lock to clamp the trigger into your hotshoe. Now it’s a quick release lever, which automatically locks, and a button to quickly unlock and twist it open to remove it. 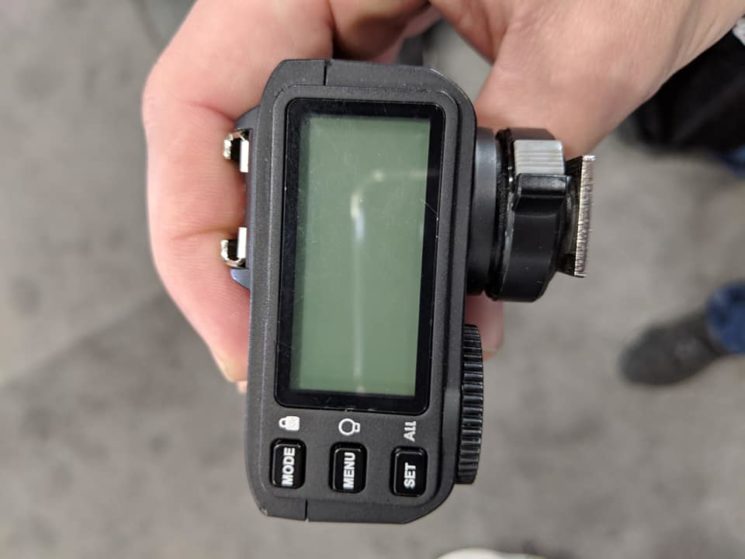 On the front, there’s a new AF assist light, which seems like it uses visible light, not just infrared. So, a certain brand of camera should find it a little easier to use autofocus in the dark now. 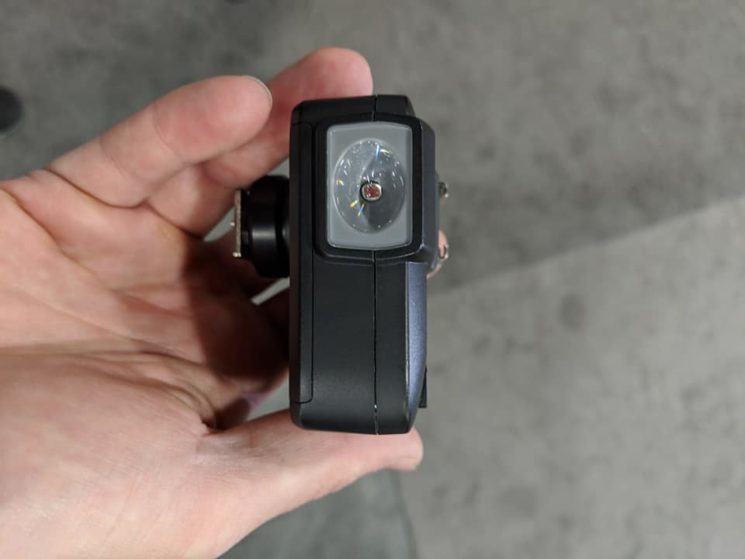 On the other side, the microUSB has been upgraded to a Type-C. Now, this might not seem like a big deal to most people. After all, it’s not like there’s masses of data being transferred between the X2T and whatever it’s plugged into. But Type-C sockets are just much more solid than microUSB, as are the cables. They’re less prone to being damaged or bent, and it’s a pain having to keep a bunch of microUSB cables sitting around these days when everything’s switching over to Type C. 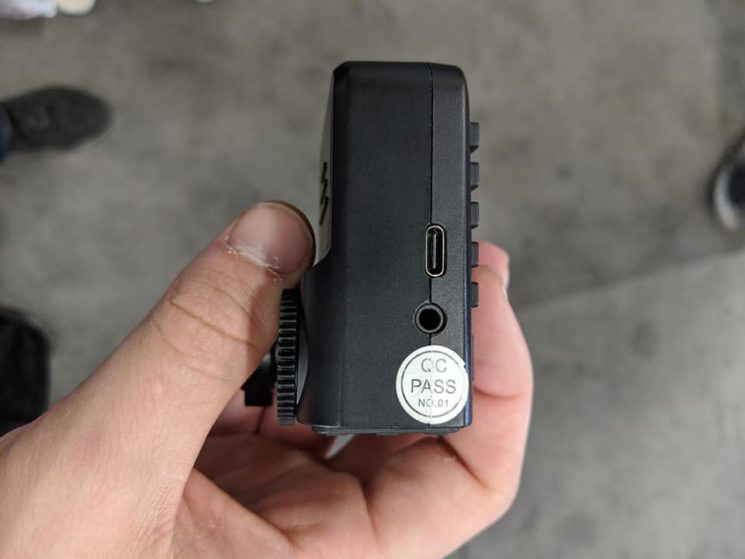 The observant ones amongst you will have also noticed that little Bluetooth logo on the top. This is possibly in response to the Adorama-exclusive R2 Pro Mark II trigger. That has built-in Bluetooth, too, so I think it’s just something that people will expect now. And the Godox A1, sadly, was never all that popular anyway. So, if it eats into the sales of that, it probably won’t upset Godox too much. 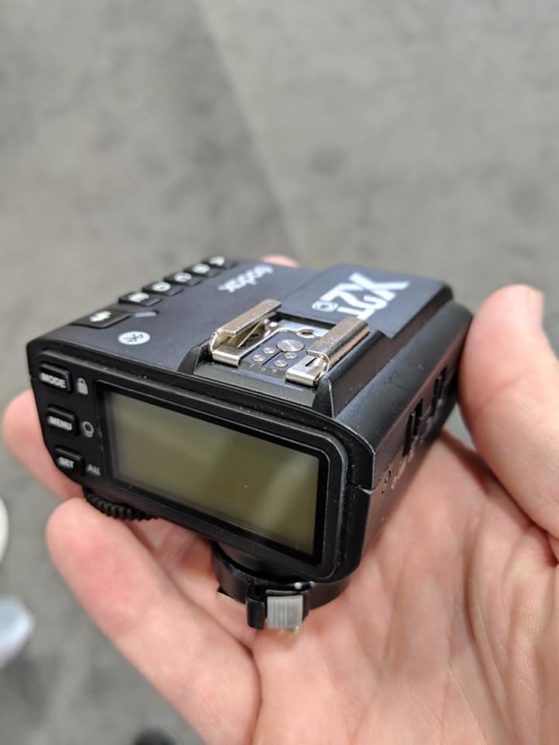 Overall, it looks like a great direct replacement for the X1T. It keeps those who need the passthrough hotshoe happy, while still offering an updated user interface experience that should make workflow a little quicker. Hopefully, the misfire issues that some X1T users have mentioned will be resolved – that’s not something I’ve ever experienced myself with the X1T, but it seems to be quite a common problem for some users.

Personally, I think I’ll stick with the XPro for my regular day-to-day shooting, but I might pick up one of these for when I’m shooting products. Right now, and this is the setup I used when we photographed the Sigma 105mm f/1.4 Art lens, I use an X1T on the camera locked off on a tripod, with the Godox A1, controlling the power from my phone. This way, I don’t have to touch the camera between shots and can easily composite images together in post. Using the X2T would eliminate a device, and thus a point of failure (and more batteries to charge).

There’s no word on price or release date yet, but as soon as we find out, we’ll let you know.

Godox has killed off its A1 Bluetooth smartphone flash trigger

« Leica’s newly announced Summicron-SL 35mm f/2 lens will only cost you a mere $4,600
USB 3 is about to get renamed (again) and it’s going to get even more confusing »