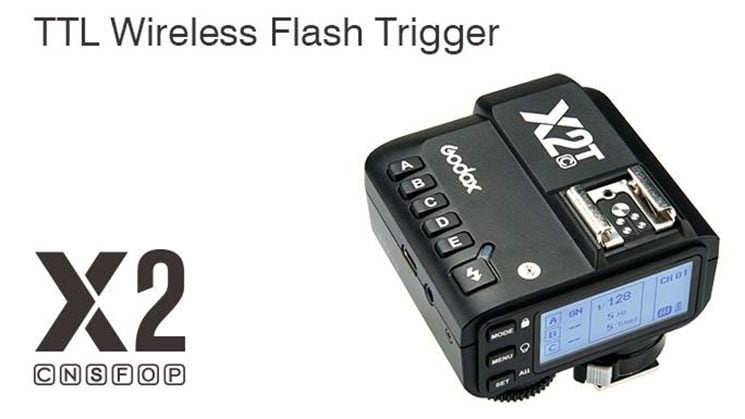 Godox first teased the X2T trigger back in February at WPPI. A refresh to the X1T, with a few extra buttons, easier adjustments and the new style locking foot. It also now incorporates the functionality of the Godox A1, their Bluetooth trigger for controlling your lights with a smartphone app.

In February, the model shown off was a pre-production prototype. Now, the design is final is complete and the new Godox X2T has been officially announced.

The X2T comes in response to the fact that many users still prefer the original X1T over the newer Godox XPro and Flashpoint R2 Pro II triggers. It’s the form factor. Many of the people still using the X1T are wedding or event photographers that still require a flash on the hotshoe as well as off-camera lights.

But the X1T can be quite frustrating to use. The dial isn’t very responsive, and the UI isn’t very efficient or intuitive. The X2T redesign seems to fix these problems by offering dedicated group buttons on the top, a newly designed wheel that sits underneath the flash, the back buttons have been shifted off to the other side of the unit, and the LCD is now much larger.

The button move might seem a little odd, but two things…

As you can see in the image above, the X2T also sports the new design quick release foot and includes the Scan feature to help find the cleanest wireless radio signal – both of these are also found in the new Godox V1 round head speedlight. 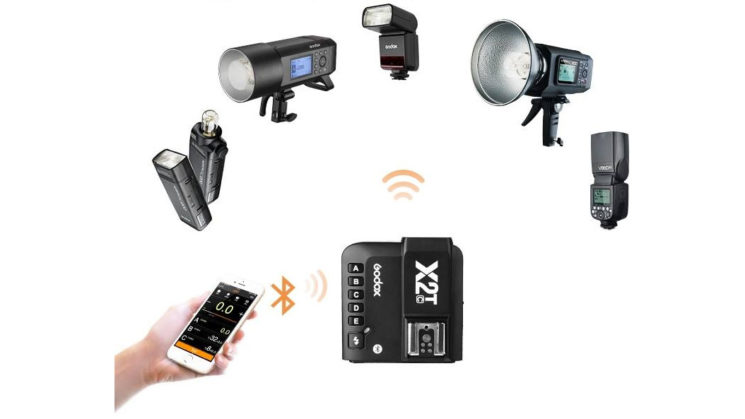 Another new addition is the incorporation of Bluetooth. This allows you to remotely control the power of your lights using the Godox app on your Android devices or iPhone. I’ve used this app a lot with the Godox A1, particularly when doing product photography and the camera needs to remain untouched between shots. Incorporating this into the trigger itself means one less device to deal with. It also means that if you still find the controls of the X2T frustrating, you have another option.

The X2T offers 5 groups, 32 channels and access to 99 wireless ID settings to limit interference from surrounding systems. They offer TTL, HSS up to 1/8000th (on bodies that can go that fast), and you can still use your Canon/Nikon/Sony speedlights on the X1R receiver if you wish. And, of course, you’ve got that pass through hotshoe on the top in case you want to pop a speedlight in there.

Personally, I’d just have a speedlight on the acting as both a flash and a commander, but they prefer the X1T and its passthrough hotshoe. I’d love to know why some of you still prefer to have the speedlight sitting in the X1T rather than having a Godox V1 or V860II acting as a flash and commander. If anybody wants to elaborate in the comments, please feel free.

There’s no word on an exact price yet, nor when it will be shipping, but the Godox X2T will be available for Nikon, Canon, Sony, Fuji, Olympus/Panasonic and Pentax. We’ll update this post when we find out more.

You can find out more about the Godox X2T trigger over on the Godox website.

Godox has killed off its A1 Bluetooth smartphone flash trigger

« Concert photography tips: from getting a pass to editing photos in under four minutes
Photographer asks teens to edit their portraits for social media, and the results are alarming »