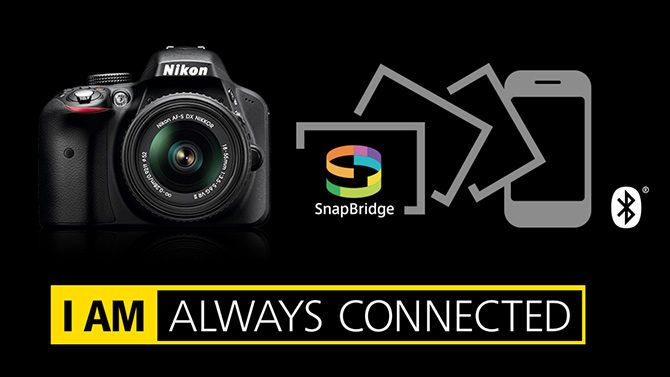 In anticipation of their impending release, Nikon have now released the other half of this equation in the form of an Android app, with an iOS version expected to arrive during the summer.

SnapBridge’s main purpose is to facilitate the fast and easy sharing of images you shoot with your cameras to social media.  You shoot, it automatically gets beamed to your phone, where you can edit it in Snapseed (not related), Lightroom Mobile, or one of a million other apps before uploading to Instagram, Facebook, or wherever you please.

In fact, the only video I could find on Nikon Europe’s website regarding SnapBridge specifically promotes this purpose.

While this feature might not be all that useful to everybody, it does mean we can possibly start to lose the often VERY expensive WiFi doohickies and the Eye-Fi cards in order to get large previews on an Android tablet (and on the iPad from summer) as we shoot while in remote locations.

This screenshot of the app from the Google Play store suggests that we are able to adjust the size of the images sent to the mobile device so that we have control over whether we want to aim for transfer speed or image quality. 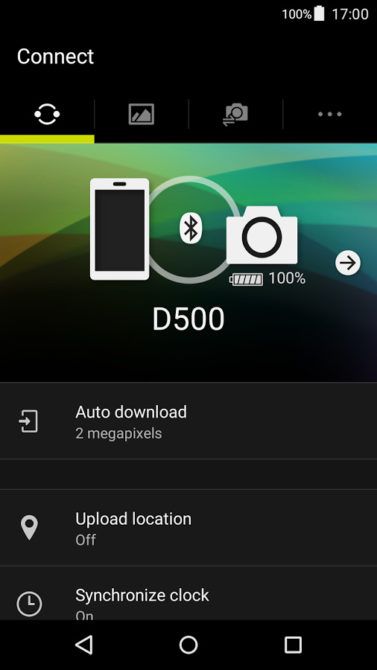 This next video from Nikon Asia, and also noted in the screenshot above, hints at a potentially very interesting feature.  At least, I thought it was interesting.

My primary use for the cameras contained within my Android and Apple phones is for location scouting.  Even if I’m doing test shots with DSLRs at a new location, I’m still taking a few more snaps with my phone, purely because of the GPS tagging capabilities so that I can find the place again in the future.

The SnapBridge Bluetooth connection creates continuous two-way communication between your camera and your mobile device, including your phone’s location.  It doesn’t specifically say in the video, but it does suggest that this allows the camera to embed your phone’s GPS information directly into the EXIF data of the images it creates.

The listing for the Android app on the Google Play store confirms that it is indeed possible, and it would certainly explain why the D500 contains all these cool features like WiFi and BlueTooth, but lacks the built in GPS found in lower modes such as the Nikon D5300.

Interestingly, Nikon removed the GPS from its replacment, the D5500, although it does not appear to be SnapBridge compatible.  Not having to buy the Nikon GP-1 and being able to utilise the GPS device we all carry around with us in our pockets already will certainly make life a little easier, as well as helping our wallets.

Another of the app’s features is remote control.  It doesn’t specifically say on the Play listing, but one would hope that it allows for full manual remote control of shutter speed, aperture and ISO from a mobile device.  If it doesn’t, that certainly seems to be one hell of an oversight to me.

Of course, they made that mistake with the WU-1a, so let’s hope they learned from that lesson.

At least it seems to offer a remote liveview.  As to whether or not the D500’s touchscreen focusing feature extends to your mobile device or not, I do not know.  I have yet to see this confirmed or denied. 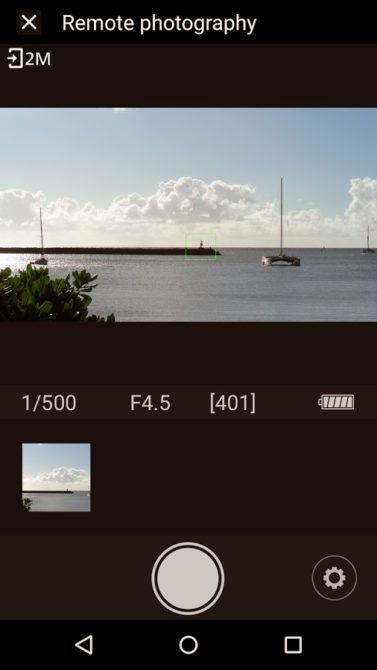 While the remote control abilities do allow the shooting of images, it does not allow remote movie recording.  Automatic downloading over BlueTooth of movies shot with your D500 to your mobile device also isn’t possible, however switching over from BlueTooth to WiFi does allow you to transfer the video files, but you’ll need to use a regular movie viewing app to watch them.

The only officially supported camera as of right now is the soon-to-be-released Nikon D500, which should hopefully be appearing any day now, although Nikon lists several cameras on their website which support the SnapBridge protocol. 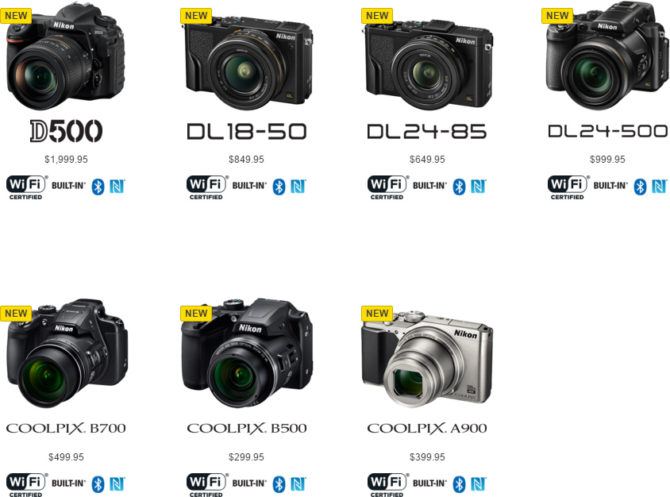 Japan’s recent earthquake and other factors, however, have delayed the release of some of these cameras.  The Nikon DL18-50, DL24-85 and DL25-500 cameras were originally scheduled to be released in June 2016, however a new release date is yet to be determined, and Nikon will announce the information as soon as it is decided.  The Coolpix B500 will be available in May with the Coolpix A900 & B700 available from July.

Mobile system requirements for the software state an Android device running version 5.0 or later or 6.0.1 or later of the operating system, which supports Bluetooth 4.0 (Bluetooth Low Energy).

Tested and officially supported Android devices include the following :

While it may run perfectly well on other Android devices, Nikon warn that “the app may become unstable or some features may not function as expected”, and the setup instructions are fairly straightforward, judging by this video from Nikon Thailand.

It installed just fine on my old MotoG (first gen) running Android 5.1, however this is as far as I can get until I have a D500 in my hands. 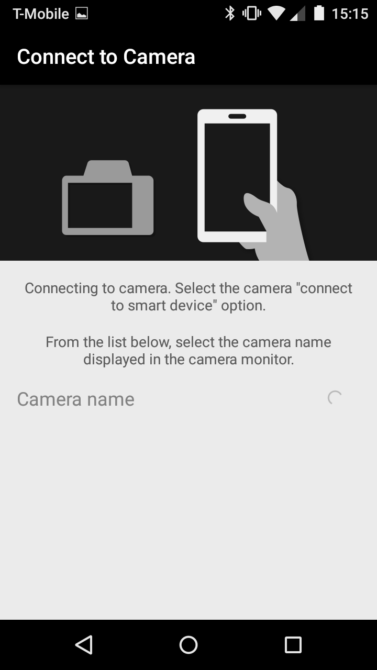