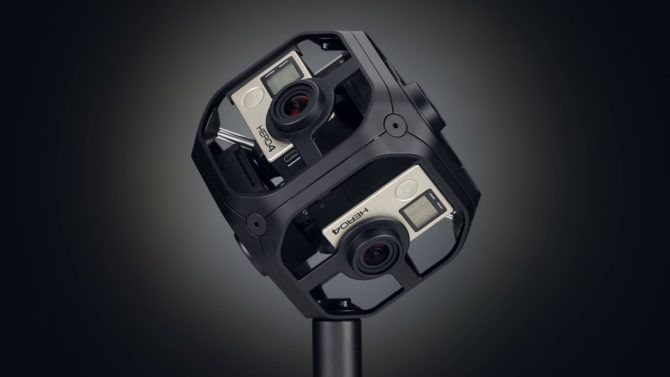 GoPro’s 360° VR rig, the Omni, has been hotly anticipated for a while now. The price tag, however, is a little more substantial than had been speculated. Coming in at $5,000 it’s not going to be replacing the Theta S in your pocket any time soon.

But, you do get quite a lot for your money. Inside the hard case, you get the Omni rig itself, 6 GoPro Hero4 Blacks with 32GB microSD cards and a whole bunch of other stuff. It also includes all the software you need to get up and running quickly.

As well as the cameras themselves, GoPro have also included a handy remote control for triggering it wirelessly. Aside from the fact you don’t have to physically hit record on six individual cameras, this means you can mount it pretty much anywhere.

Most 3rd party 360 solutions for GoPros or other action cameras don’t have any kind of camera synchronising. They also don’t usually have easy remote control. There’s ways you can hack them to give you something that’ll work (sort of), but they’re not perfect. GoPro’s solution connects all six cameras together via a unit that lives inside the Omni. This makes triggering simultaneous and keeps all the streams perfectly synchronised. 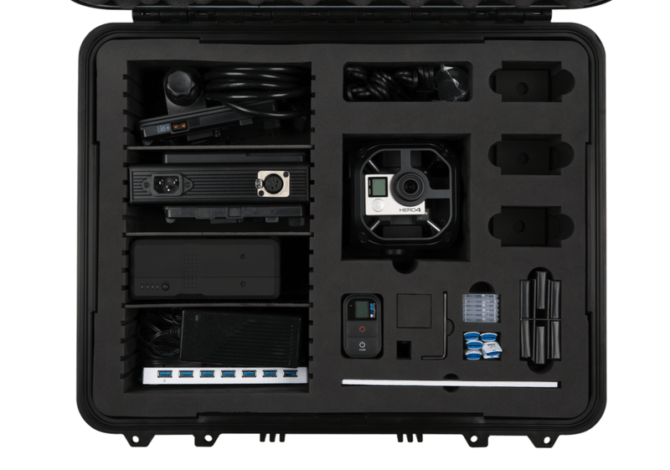 When it comes to power, they’ve included a Switronix Hypercore 98S battery. GoPro say that this provides the whole setup with up to 3 hours of life. They also include a 7 port USB hub and six USB microSD card readers to unload all your footage simultaneously.

As well as all this hardware, they’re including the complete package when it comes to software. GoPro have, of course, written their own software for previewing and ingesting the software on your computer. It actually lets you preview your footage before you’ve even pulled it off the card and stitched it.

But that’s not all GoPro have done. Remember, GoPro own Kolor, so they’ve included Autopano Video Pro and Autopano Giga. Kolor Autopano software is pretty amazing, but it’s not cheap. Between the two applications, you’re looking at around $900 if you buy them separately separately. With these bundled into the Omni, you’ve got a complete all-in-one solution. 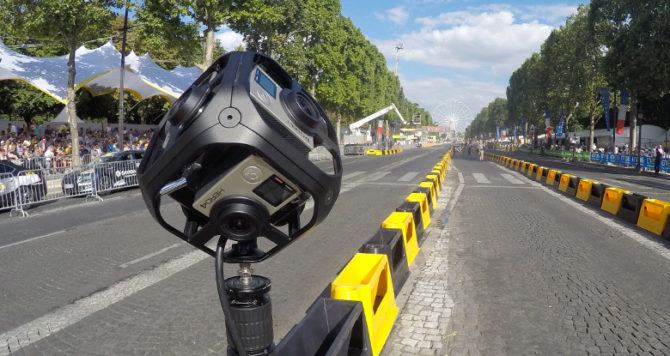 “But I already own six GoPro Hero4 Black cameras!” I hear you cry. Well, they’ve thought of you, too. You can buy the whole setup without the cameras for a mere $1500. There’s just one major snag, it doesn’t include the software licenses.

The GoPro Hero4 Black can currently be picked up for around $370 each, though. So, six of them would cost you about $2,200. Add $1500 to this for the basic Omni package, $900 for software, and you’re saving about 8%.  But, The Verge report that GoPro have removed a few other items from the basic package, too. They don’t specify what they are, but, that $400 you save could be eaten up quickly to complete the kit.

If you’re that serious about this rig, I’d suggest just buying the complete kit. If you already have enough cameras, find another use for them or just sell them. Otherwise, I don’t think any perceived cost savings would be worth it.

It does seem like a very cool solution for high quality 360 VR. With six cameras each capable of shooting 4K, it potentially makes for some very high resolution 360° footage. For the amount I’d use it, though, I don’t think my budget can stretch quite that high yet.

How about you? Is this the 360 solution you’ve been waiting for? Or will you just stick with your DIY or 3D printed GoPro rigs?