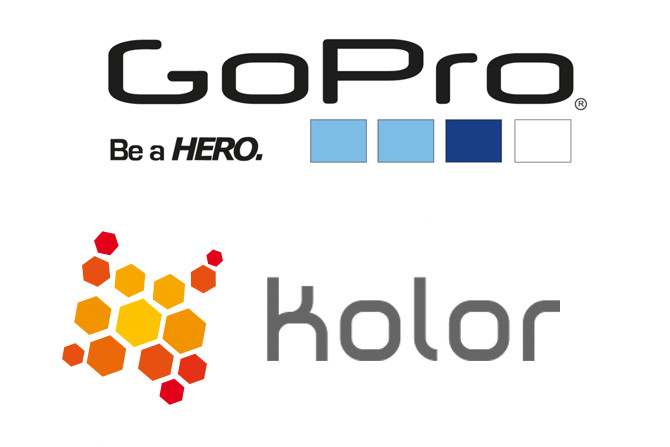 Immersive content is said to be the next big thing in digital media, and GoPro just took a major step towards becoming a dominant player in the market.

While its HERO cameras currently offer 4K video recording and dominate the action camera market, the hardware company is unable to offer the software necessary to get the most out of its products.

This is where Kolor, a French software company and GoPro’s latest purchase, comes into play. Kolor’s software enables users to create 360° content including panoramas, virtual tours and videos.

Up until now spherical content was mostly created by professionals, and the purchase of Kolor has them worried that the company will now focus on creating 360° software for the masses rather than cutting-edge pro-level software solutions.

Will this acquisition lead to the release of a GoPro virtual reality camera?

Prior to YouTube’s announcement last month that it will support 360° videos, Kolor was the only company capable of properly streaming such content to any browser or mobile phone. Even now, only Chrome supports YouTube’s interactive content.

Facebook had also announced it will support immersive content in its newsfeed, and so will the Oculus Rift 3D made by its latest purchase Oculus VR. This means some of the largest tech companies and social media websites are invested in this type of media and have an interest in enabling its success.

The below video was released by GoPro to demonstrate the 360-degree experience. Keep in mind that the interactive options are only available in Kolor’s app or Chrome.

The below video was released by GoPro to demonstrate the 360-degree experience. Keep in mind that the interactive options are only available in Kolor’s Eyes app or Chrome.

With the future looking so bright for immersive content, and the purchase of the leading software company in the field, it’s seems only natural that GoPro will sooner or later release a camera capable of easily creating these videos.

Already now most immersive content is created using several GoPro camera which are attached using a special third-party rig and then stitched together using Kolor’s software. Now that it owns the software, creating a camera that produces VR content “in-house” is what will popularize this technology and sell cameras.

It will have to happen at some point as the average user will not purchase half a dozen cameras to record a 360° video, and the current setup and required post-processing means it’s not a feasible option for most people.

Perhaps GoPro will continue down the current path at first; it could sell kits consisting of a bunch of cameras, dedicated attachment rigs and stitching software to a relatively small number of studios, production companies and other professionals.

Eventually, however, it seems inevitable that the company will bring the product to its core users, and those are far from being professionals.

Being a small, highly specialized company, Kolor was known for offering excellent support to its high-end users, and this purchase has many pros worried that Kolor’s efforts will now shift towards the consumer market.

In its announcement of the purchase, Kolor stated that joining GoPro is “a unique opportunity to give professionals and casual users the chance to use the advanced technologies that Kolor develops”.

GoPro CEO Nick Woodman also mentioned enabling “professionals and prosumers” to more easily create VR content as a way to create the desire for such capabilities among consumer level users.

Both companies state that Kolor will continue to develop solutions for the professional market, but only time will tell which direction the company will choose if it comes down to maximizing profit or staying at the forefront of technology.

What should give professionals using Kolor software is the fact that GoPro recently released the Herocast, a $7,500 video transmitter allowing HD video to be streamed from GoPro cameras for live TV broadcasts, as it shows that mass marketing is not the company’s only strategy anymore.

Dubai360, an interactive 360° virtual tour, is a great example of what can be created with Kolor’s software.

« Not All LED Panels Are Made Equal. Here’s How To Tell The Difference
A Serenity Inspiring Timelapse Shot At Uyuni – The Largest Sea Salt In The World »