We all know Google Earth as a great tool to get a feel for a distant location with its satellite and Street View maps. Now imagine Google Earth after a massive dose of epic combined with state-of-the-art technology, and the result is the most brilliant virtual tour ever created.

In what is without a doubt the world’s largest and highest-quality virtual city tour, Dubai 360 was officially launched several hours ago, allowing visitors to enjoy a firsthand experience unlike any other in the virtual realm. 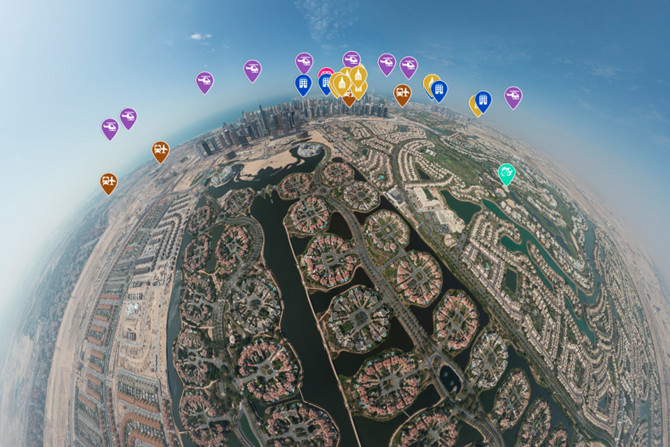 The future of virtual tours

Regular viewers will appreciate the extensive coverage of the city, but photography buffs will especially appreciate the fact that all views (panoramas, time lapses, time lapse panoramas and videos) can be viewed in three projection modes: rectilinear, little planet or fisheye. At least some of the content is available in 4K quality, to boot.

Dubai is known for its fondness of going bigger and better, and it seems this project was no exception. The importance of Dubai 360 was made clear when Sheikh Hamdan bin Mohammed, Crown Prince of Dubai, announced the future launch a few months ago on his personal Twitter and Instagram accounts.

Along with the announcement of the planned launch, a first glimpse of the new project was released – a ‘little planet’ time lapse of the Dubai International Airport, depicting 24 hours at one of the world’s busiest airports.

“Viewers will be able to fully interact with the video, deciding for themselves the direction to look in and zoom in and out to see more detail” said Gerald Donovan, the multimedia mastermind behind the grandiose feat, prior to the official launch.

The name Gerald Donovan probably rings a bell for some of you, and for a very good reason. In 2010 Donovan published what was at the time the largest digital image in history – “Dubai 45 gigapixels”.

It was that image that lead to Donovan later being commissioned to shoot the unforgettable 360 degree panorama from the rooftop of the famous Burj Khalifa.

“The idea [for Dubai 360] came out of some discussions following the original Burj Khalifa Pinnacle Panorama that I shot”, said Donovan, in an online chat we conducted earlier today.

The inspiration behind it all was not forgotten, and a 36-hour panoramic time lapse from the top of the world’s tallest building made its way to the final release.

As if the app is not awesome enough, Donovan points out another great feature:

“Note the really cool “Share View” feature. It takes a virtual photograph centered on the exact view you’re looking at. That photo can then be shared, along with a link. When people click on the link, they’ll start the tour at the exact spot the photo was taken”.

Donovan joined Dubai Film and managing director Ismael Al Hashmi in 2013, five years after his career in Information Technology lead to him move from the UK to Dubai.

In addition to being project manager he spent the last 18 months as the main photographer working on the project, but Donovan was quick to add that there were another two part-time photographers and a much larger support team (riggers, protocol, access, software build, etc) working alongside him. “It’s a huge team effort this, I’m just one of the cogs”, added the ridiculously talented, though pleasantly humble, virtuoso.

So Where Should You “Visit”?

The making of Dubai 360 provided the team with unprecedented access to city landmarks, and almost any attraction in Dubai is now accessible via your favorite browser.

No matter where you are in the world, you can visit Dubai’s landmarks, enjoy the view from its vantage points, pretends you’re flying above it in a helicopter or riding through it on a motorbike. If you prefer staying indoors you can visit a world renowned 7-star hotel or dive in one of the largest aquariums in the world. If you’re feeling a bit tired, get your adrenalin pumping by base jumping off the Burj Khalifa or skydive over the Palm Jumeirah.

These are just a few of the things I recommend you do and see in Dubai: (notice the useful “info” window in the bottom left corner)

Of course there are many more sights to see, these are just a few of my favorites.

The app might not fully work on mobile (especially video), so you should preferably “travel” from your computer. 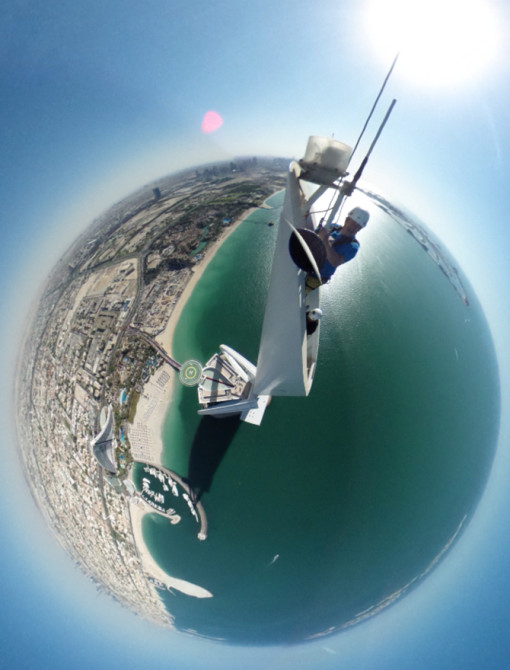 Better than any selfie I’ve ever taken. On the roof of the Burj Al Arab, the tallest hotel in the world.

If you’re anything like me, you have been wanting to know more about the gear used and some figures behind this project, so here you go: 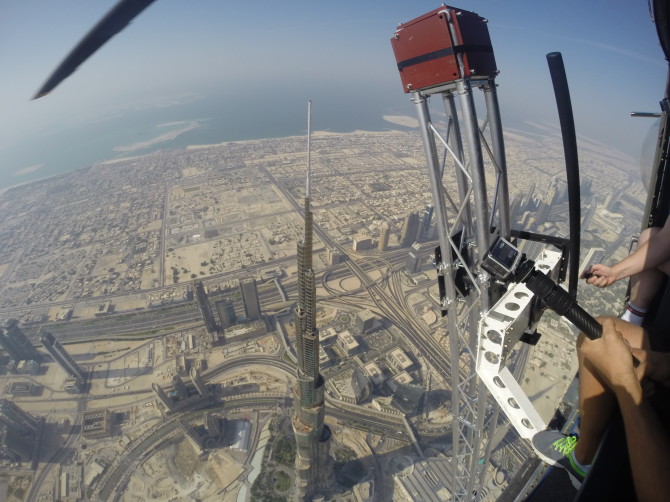 A GoPro and custom rigs. Helicopter ride over the the Burj Khalifa.

If you’re planning a trip to Dubai, especially for a shoot, this could prove to be an indispensible tool. Make sure you check your locations shortly before you visit, as the website will be updated from time to time with the city’s latest developments. 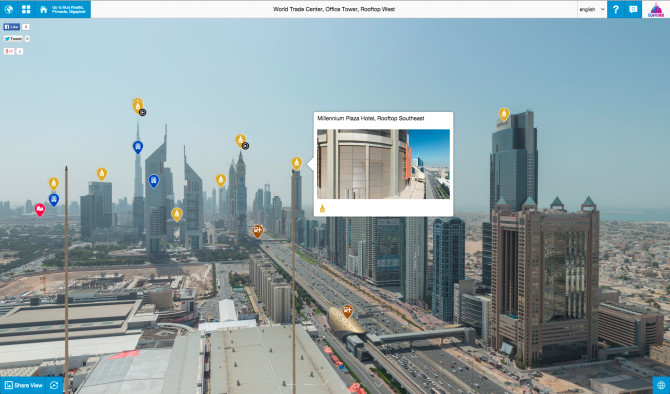 A great tool to discover your location remotely. Dubai 360.

Donovan and his team have set the bar extremely high as far as how cities are explored remotely. The superb use of these techniques, especially 360 degree video, and their outstanding integration have created a product Dubai is surely proud to present along with the rest of the best it has to offer.

Now if you’ll excuse me, I’m going back to Dubai.

« What Are You Willing To Give Up To Be A Better Photographer?
When love breaks down: Why I sold my mirrorless camera »