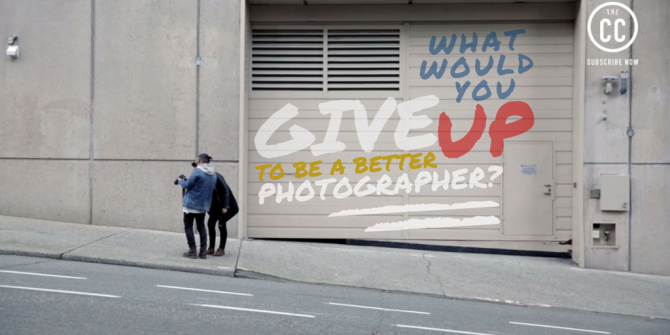 A couple years ago, Eric Veloso was sitting in his car in a parking lot in Vancouver, beating back the feeling of dread as he mentally prepared himself to start work at his day job. Not a bad job, but still a job that Veloso did not want to be at. It wasn’t his passion in life and did little in the way of nourishing his creative aspirations. That, of course, is not an uncommon feeling to have, perhaps you, too, are familiar with it. When a routine becomes so dull, so unfulfilling it just sits there heavily, like a rock, in the bottom of your stomach, until finally, one day, you realize just how much it’s weighing you down. and wearing you out. It’s like an epiphany when that happens. All of the sudden a light bulb turns on and there’s a moment of clarity, followed shortly afterwards by an overwhelming sense of relief and freedom.

Though the feeling of wanting more is common, the ability to fully embrace it’s breaking point is a much more rare occurrence. Veloso, however, was determined to make a change and for him, like many others who’ve reached a fork in the road, that meant taking huge risks. He quit his job. Sold his car. Picked up his camera and went all in on a gamble that pit himself against the status quo.

Take a look at this video clip, produced by The Creator’s Class, where you can listen to Veloso explain his inpsiring journey in his own words.

Feet To The Pavement and Chasing “Street Dreams”

Veloso’s determination, courage, and talent soon landed him a job as Editor and Creative Director of Street Dreams Magazine. Veloso, as he says in the video clip, is living his dream. His story resonated with me because of the many qualities it shares with my own, which got me thinking, we really are not alone in this venture. People take a variety of risks everyday through modern existence alone, but less frequently are they willing to put their comfort level on the line to achieve something they want.

Too often do our dreams give way to what we are told life as an adult should be like. Culture has dictated to us that we will grow up, have a job we probably don’t like, and if we’re lucky take photos on our days off. Or, maybe it was because the fear of failing, or the thought of putting yourself and your art out there is too crippling.  There are a great number of reasons of why people will never attempt the jump and for some, for many, in fact, that’s perfectly okay. Maybe picking up your camera only once or twice a week is enough to satisfy, but for those like Veloso, who wants nothing more than to be able to immerse himself into photography, wholly, you have to ask yourself: What am I willing to sacrifice to do it?

[ via The Creators Project ]