Today I want to talk about LEDs and CRI. You see not all LEDs were created equal. Most of the time when we talk about LEDs we talk brightness and color temperature, and that makes sense as those are easily measured and have great impact on our photos.

One thing that we often overlook is CRI. And what is CRI you ask? Well CRI stands for Color rendering index and it the number that has the bigger impact on the quality of light.

Because white is actually made of combining all the colors in the spectrum.

The sun is a perfect example, if you put the sunlight through a prism (as Pink Floyd showed us with the awesome Dark Side of The Moon) you get all the colors of the rainbow.

This is not the case with all lights.

Some lights, like LED lights have more of one color and none of the other. The quality of the mix is measured with CRI.

We are going to use a handy device called a Spectrometer – the one that we are using for these test is called Lighting Passport from Allied Scientific Pro. It is a small boxy device that provides incredibly accurate results and we absolutely fell in love with it. We were also very surprised with some of the results.

Let’s look at the sky. as we can see it has all color components in roughly similar quantities, with a slight shift to the blue as the skies are blue because of the scattering effect. 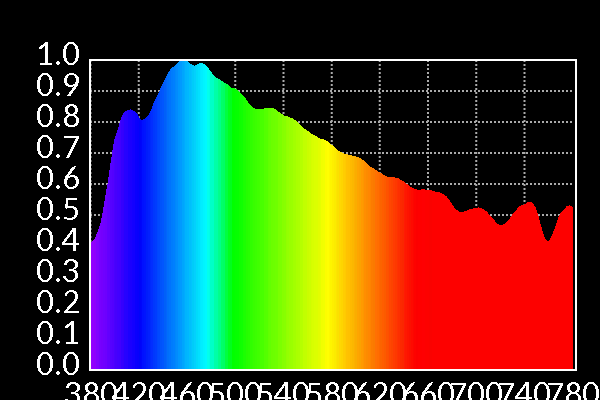 Now Let’s look at a cheap LED bulb. As we can see, there is a huge blue pike and a high green spike but almost no red. 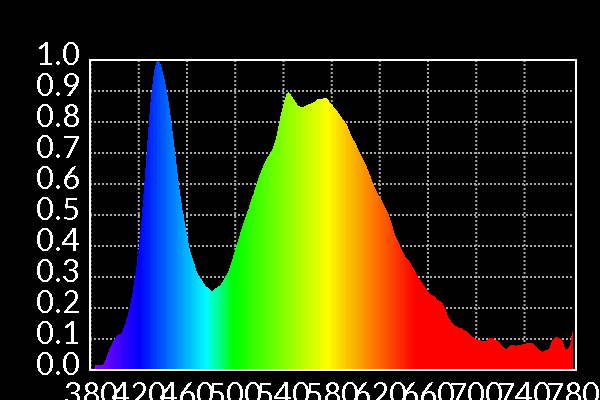 Another way to look at this is by using RA tests. RA tests test the how the light will render a certain color, with colors like red and green, but also colors like Caucasian and Asian skin tones.

Let’s compare the RA test results of the sun and our DIY built LED panel. Can you guess which is which?

Now, any CRI below 8o is not really suitable for photography and anything under 85 is quite marginal. Now for the full results

A cheap LED bulb from Dealextreme, A no brand LED panel, A DIY panel that we made from eBay Strip lights and two Aputure Amaran lights the AL528 and the HR672.

The Cheaper LEDs that we used can are around 70-75. This is ok if you are doing black and white or if you don’t really care about color rendering.

The best light came from the Amaran panels with the older AL528 coming at 87 CRI and the newer HR672 coming in at astounding 96.

Here are the test results for the lights we tested listed from top CRI to bottom:

There you have it. Shop wisely.