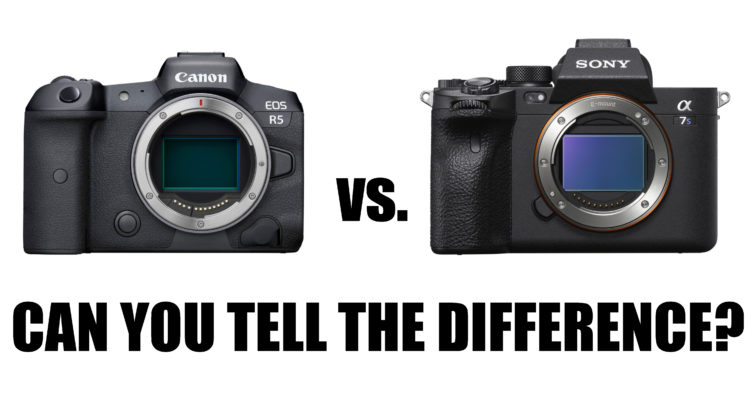 Which camera brand is the best? Which one should you choose for your work? But can you really tell which camera was used for a certain photo or video? Parker Walbeck teamed up with seven other YouTubers, including Daniel Schiffer, Peter McKinnon, and Matti Haapoja, to bring you a fun little contest. They try to guess whether videos were filmed with a Canon or a Sony, and the results might surprise you.

Parker filmed ten video clips with a Sony a7S III and a Canon EOS R5, in identical conditions and using the same camera settings. Other photographers and filmmakers were then required to guess which camera was used for each of the videos. They were all judged on different criteria such as focus tracking, resolution, and low light performance. To make the contest extra tense, Parker was ready to give $10,000 to the one with the most correct answers.

The test really made the YouTubers sweat, and they admit that it was impossible to tell the difference. With the 50-50 chance, they were bound to give some correct answers, but I’m pretty sure all of them were just lucky guesses.

So what’s the point of this video? Well, it’s a friendly reminder that your camera brand really doesn’t matter that much. I’d say that, with newer cameras, even the model isn’t that important, especially if you’re just starting out. So, just pick one, get out there, and start shooting.

Comparing sensor sizes from Medium Format to Micro Four Thirds – Can you tell the difference?