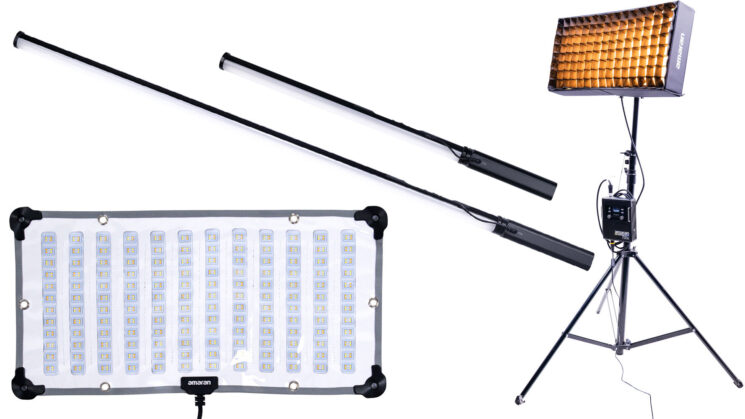 LED tubes have become tremendously popular over the last couple of years. We’ve seen them released by Godox, Nanlite, Digitalfoto and a number of other companies but Aputure seems to have abstained from the party… Until now. The company has now announced the new Aputure Amaran T2C and T4C RGBWW LED tubes along with a pair of 2×1′ (Amaran F21) and 2×2′ (Amaran F22) flexible and bendable LED panels.

There doesn’t appear to be a promo video on the Aputure YouTube channel yet, but they did live stream the launch of the new items. The two tubes come in 20W and 40W varieties for the T2C and T4C respectively and allow you to produce just about any colour you can imagine. They have 46 built-in gel presets as well as 15 lighting effects as well as DMX (through an adapter) and Sidus Link remote control.

First up, the Aputure Amaran T2C and T4C RGBWW LED Tubes. As the names might suggest, these are 2ft long and 4ft long for the T2C and T4C respectively. The T2C is a 20W RGBWW LED tube with a variable white balance of 2500-7500K with green/magenta tuning and full colour control for a massive range of looks and lighting effects. They offer a CRI of 95+ and TLCI of 98+ and offer remote control from the Sidus Link smartphone app or over DMX using a suitable adapter. 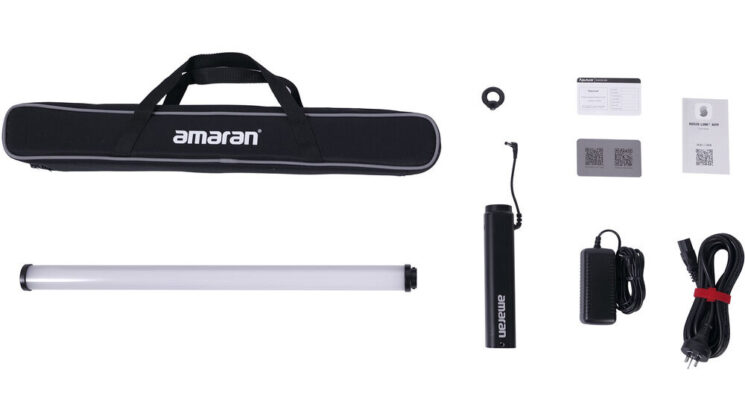 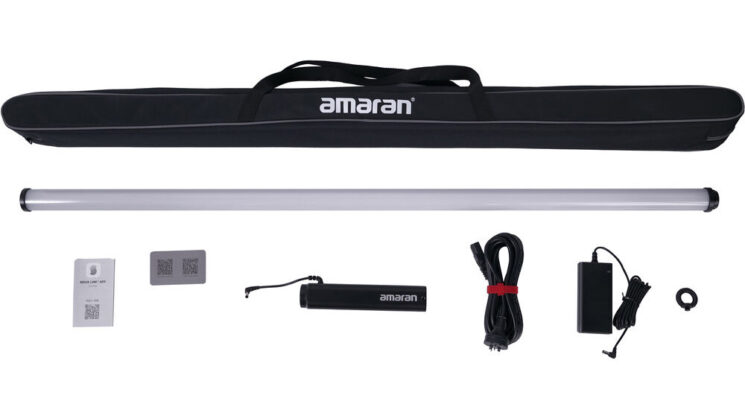 Both lights come with a 77Wh swappable battery grip (although you can power it from AC, too) that supplies power to the light without having to worry about outlets or additional cables. It also makes them look a lot more like lightsabers than most other LED tubes on the market. Of course, from looking at the comments from quite a few people on the live stream launch above, the handle is a deal-breaker for them as they don’t want it to appear in the shot. Personally, I don’t even want the light itself in the shot so the handle doesn’t bother me one bit. 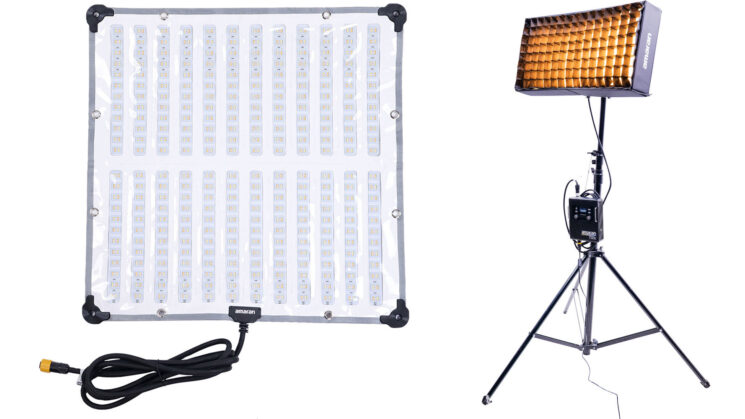 The Aputure Amaran F21 is a 2×1′ flexible LED panel. The F21x is bicolour while the F21c is RGBWW. Both lights offer up to 100W of output and offer a colour temperature range form 2500-7500K with a CRI of 95+ and a TLCI of 97+. They offer stepless dimming from 0-100% and can be powered from both AC or battery power, with both available in either V-Mount and Gold Mount battery options for the controller. 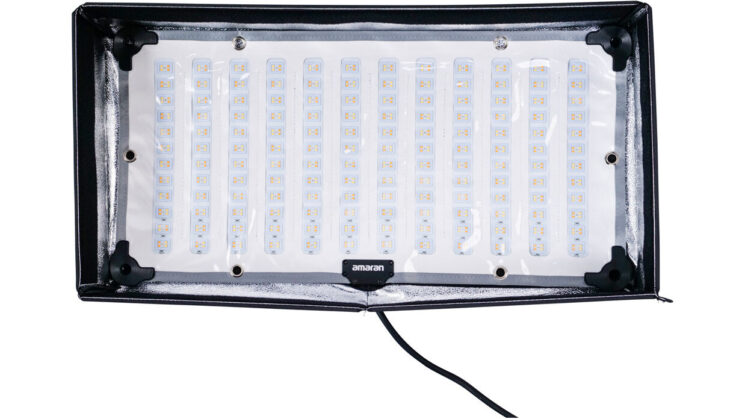 Remote control for either light is available via the Sidus Link smartphone app, allowing you to incorporate it into your existing Aputure light setup and you can control it over DMX using a separately available USB-C to 5-pin DMX512 adapter cable. You get all of the usual mounting options you get with LED panels, but as this one’s flexible, you can also mount it to and wrap it around pretty much anything you need to fit into your space.

The Aputure Amaran F22 is a 2×2′ version of the same panel, which offers up to 200W of output. The rest of the specifications for the F22x and F22c are the same as their F21x and F21c counterparts respectively.