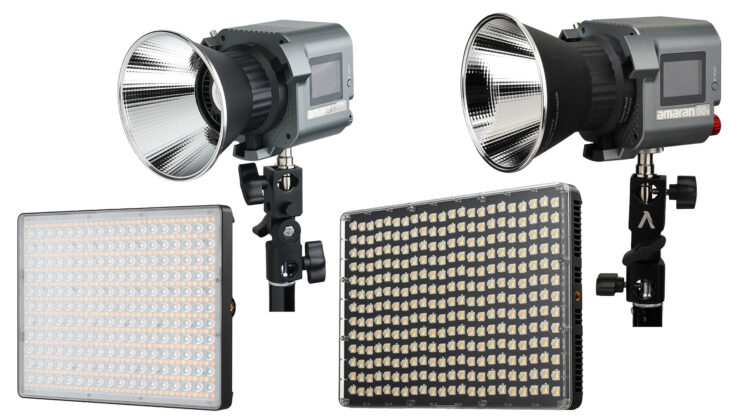 Aputure has today released four new LED lights in their entry-level Amaran range. Two of them, the Amaran P60c and the Amaran P60x are LED panels and the other two, the Amaran COB 60d and Amaran COB 60x are Bowens mount LEDs. As the name suggests, they’re all 60 Watt lights and can be powered by NP-F batteries on location or included AC adapter.

The two Bowens mount lights are the COB 60x and COB 60d, which are bicolour and daylight balanced lights respectively. The P60x and P60c are bicolour and RGBWW LED panels. So, let’s take a look at the COB lights first. 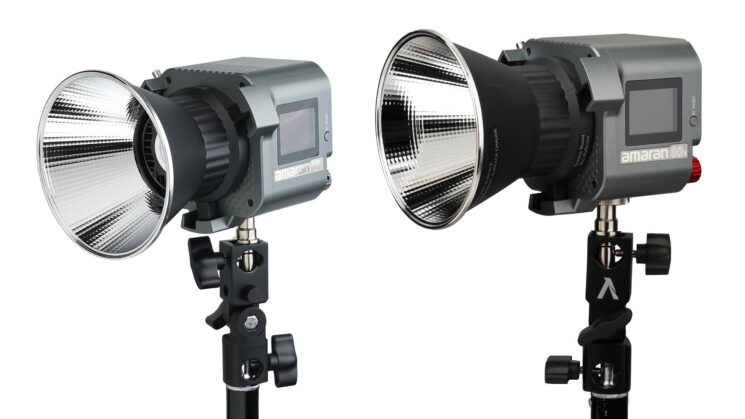 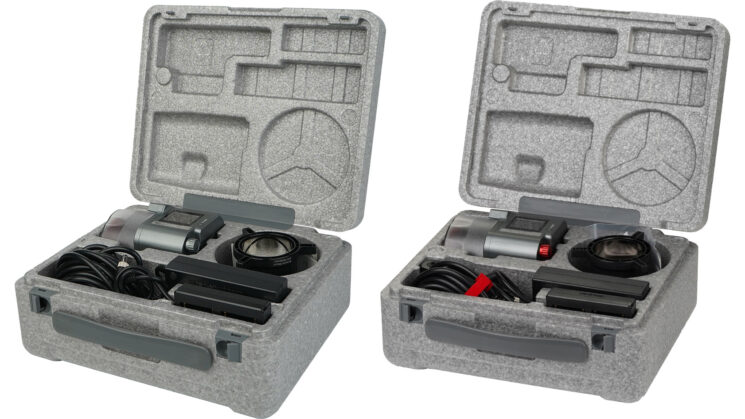 Both lights come in a hard foam case – similar to those that come with gimbals – rather than the cloth padded case you might be used to. This might make things a little more awkward for storage and portability if you’re trying to save space, but this type of case is very strong and should protect your gear well if you’re able to compromise on the space they can take up.

Note: Update at the bottom with pricing and availability information.

Aputure has also announced two LED panels today. The Amaran P60c and P60x, which are RGBWW and bicolour respectively. The bicolour P60x offers a colour temperature range of 3200-6500K, a CRI of 95+ and a TLCI of 97+. The RGBWW P60c offers a tunable colour temperature from 2500-7500K with green/magenta adjustment. It offers a CRI of 95+ and a TLCI of 96+. As with the COB lights mentioned above, these can also be controlled using Aputure’s Sidus Link app.

Both panels feature what Aputure says is a “unique LED configuration” that “creates more organic shadows”, but both panels also come supplied with a small softbox and grid. So, if you want to soften that light to create a single larger light source, then you can. Of course, like putting any softbox on any light, you will lose a little power.

It features an integrated Sony NP-F battery plate, and it appears that you can actually use the light as an NP-F charger when you’ve got the AC adapter plugged into the light and the wall – which makes it pretty handy if you need to regular switch between AC and battery power. 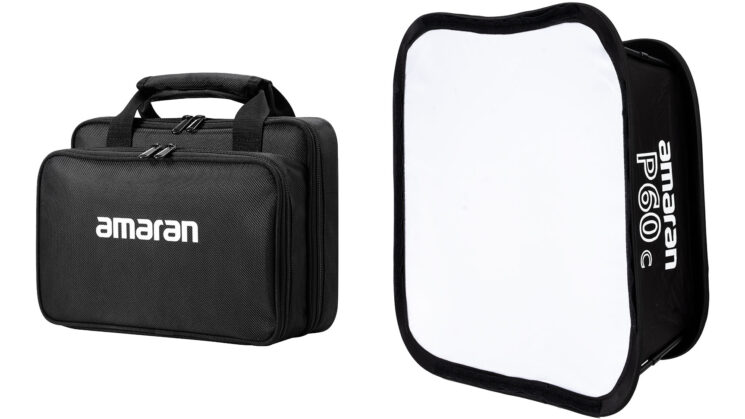 The Aputure Amaran P60c and P60x prices also don’t appear to have been published yet, nor has a date of availability.

You can find out more about them on the Aputure website.

« This otherworldly landscape wins the 2021 Epson International Pano Awards
I tried TikTok’s top photography tips for 7 days, and this is what happened »