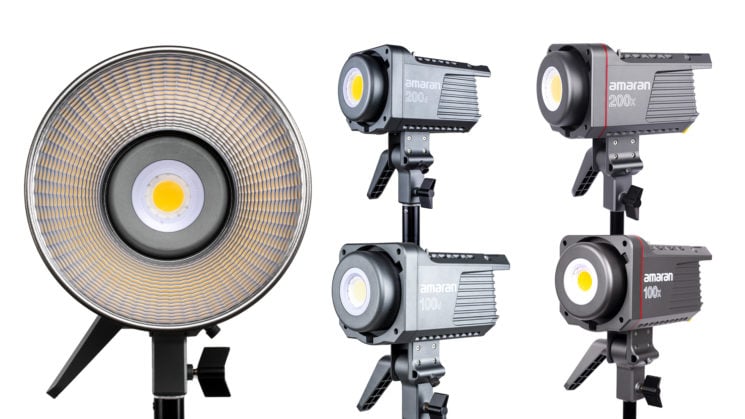 The Aputure LS 600D Pro, as the name suggests, is a monstrously powerful LED light, offering equivalent output to a 1200W HMI or Joker 800 with a CRI and TLCI both over 96. The Amaran lights are somewhat less powerful and Aputure hasn’t released much information about them yet, but here’s what we do know. 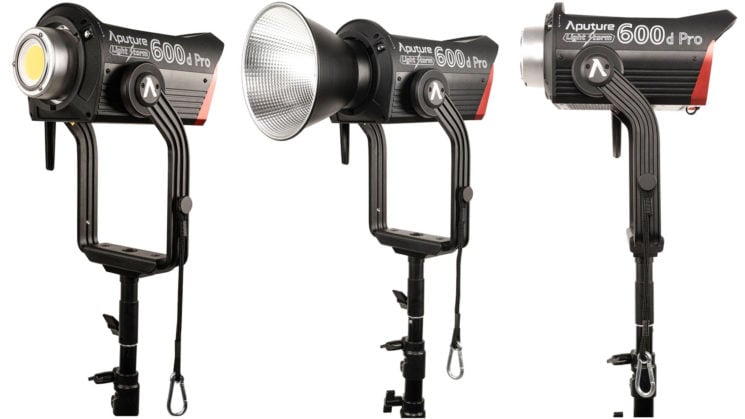 The original Aputure LS 600D was first announced way back at IBC 2019 and that original model hasn’t actually come to fruition yet. But that hasn’t stopped them working it. They’ve received a lot of feedback and feature requests, and it essentially evolved into a much more capable light than was originally envisioned. So, the Pro version was created with all the bells and whistles one could hope for. The original non-Pro version will be coming at some point, of course, it won’t contain all of the features of the Pro version that’s being released today.

The four newly announced lights, the Aputure Amaran 100D, 100X, 200D and 200X are all essentially variants of the same light. It comes in 100W and 200W maximum power options, and each of those choices is also available in daylight and bicolour variants. The “D” is the daylight and the “X” are the bicolour, with a range of 2700K to 6500K.

Aimed at YouTubers and small space content creators, these lights are compact and lightweight, and run on 48v DC through the use of an AC power adapter (they come with a 3-metre cable). However, that 48v DC socket is an XLR input, so those of you with accessories like the Aputure 2-Bay Battery Power Station can use these lights on the go as well.

They have a Bowens mount on the front, allowing you to use your favourite modifiers (handy for those who also shoot stills and have a decent collection of Bowens mount modifiers) and come with the Aputure Hyper-Reflector to help project more of the light forward as well as an umbrella holder. Naturally, they’re compatible with all Aputure modifiers, as they’re all Bowens mount, too.

They have a fairly simple control interface on the back, featuring just a single dial on the daylight versions or a pair of dials on the bicolour versions and a BT Reset button and a large display. They’re also compatible with Aputure’s Sidus Link system, allowing for easy remote control from a smartphone or tablet – yes, you don’t need to buy the Sidus Link Bridge for these.

Update: It looks like the prices have now been published and the lights are available for pre-order.