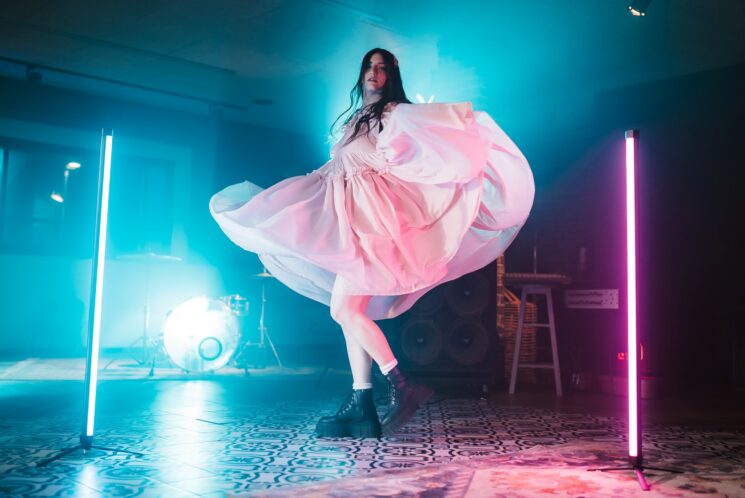 Another day, another tube light. And today, we are looking at the Nanlite PavoTube II 30X, a four feet (114cm) tube light. The 30X is an upgraded version of the Nanlite PavoTube 30C. The main difference is support at pixel lever lighting, but there are more improvements like wider CCT range, better build, and Bluetooth support. Hit the jump to read our full review. 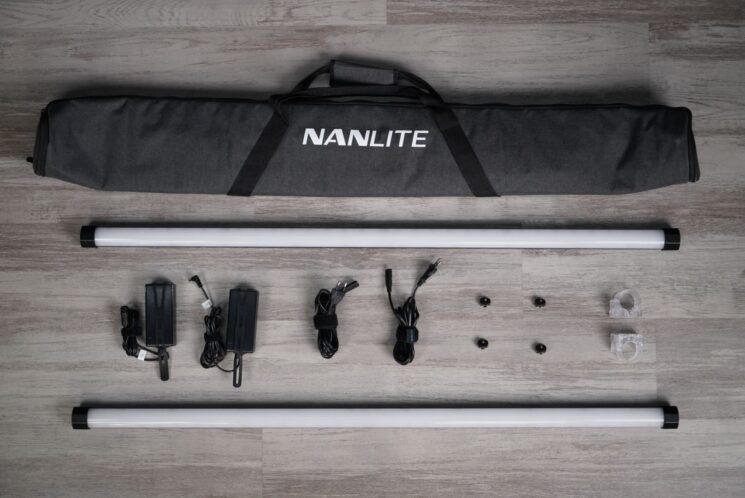 I am not a fan of the “what’s in the box” section is reviews, but Nanlite has been generous with their presentation, and I think it’s worth noting. We got the 2-Light kit, so there are two of most accessories.

We also got a box of accessories which has lighting modifiers and other extras for better light control.

The actual tube is made from solid black aluminum and feels nice and heavy. The business end is made from translucent plastic, which surprisingly feels very solid. The diffusion on it is impeccable, as you will see in the photos below. Lastly, the two end caps are made of octagonal rings. Considering the fragile nature of long lighting devices, Nanlite did an impressive job of making this light a solid unit that can withstand the abuse of a working professional. I mean, if you never dropped a light or threw it in the back of a van, you are a lighting saint. Lights do get the occasional bump, and the 30x feel like they can manage the abuse. 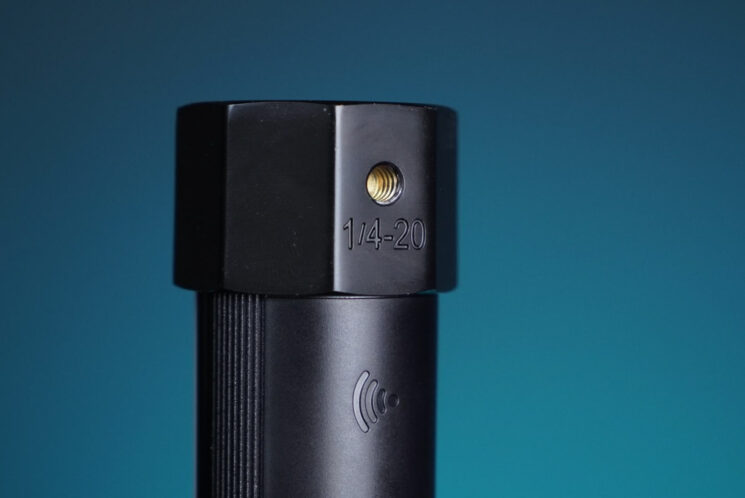 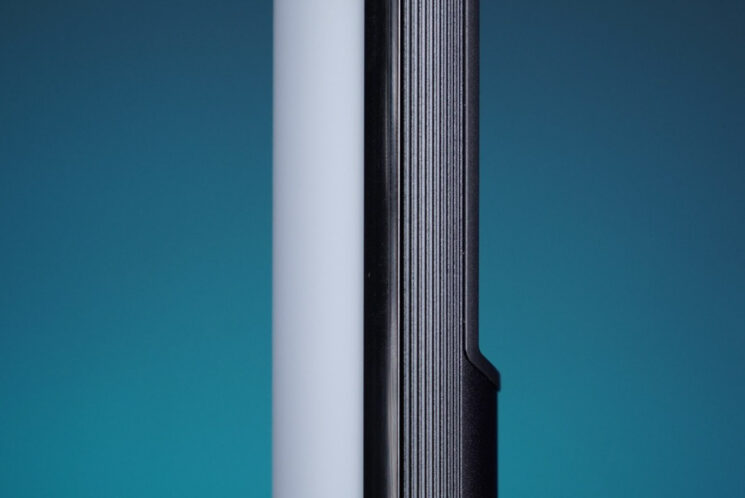 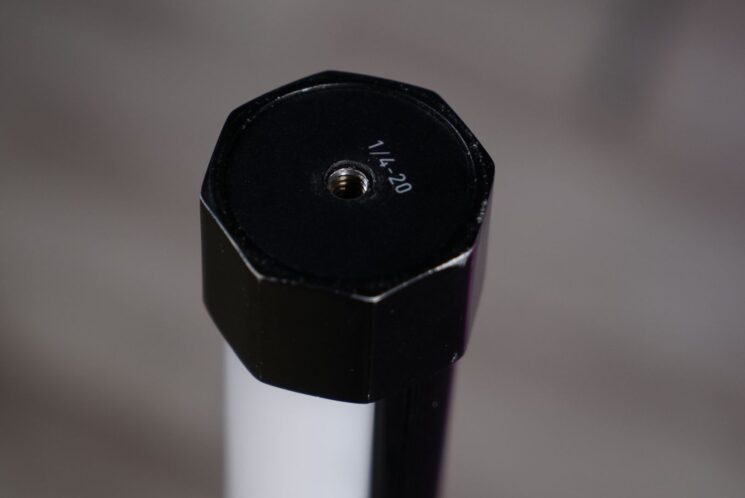 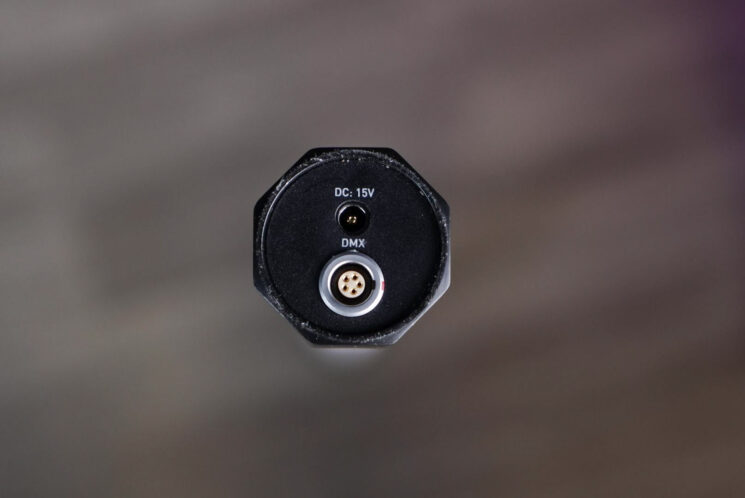 There are three 1/4-20 mounts for the tube, one at the base. And two on end-caps. The two side mounts are metal threaded and can be used to mount the tube horizontally. You can do that with the included eyebolts or using the multi-angle mount. The thread on the bottom is your natural thread where you will mount the light to a light stand or to the convenient floor tripod. I am missing another thread on the cap opposite the base to create long chains of light, but that end also includes the DMX port and power jack. So, even if it had a mount, it would not have been ideal to use.

The control buttons are of the “cheap” type that you would find on an eBay infrared remote. They are not very tactile, which I found annoying. Then, on the other hand, they are made from a solid plastic unit, so they are less prone to damage or dust getting in them. 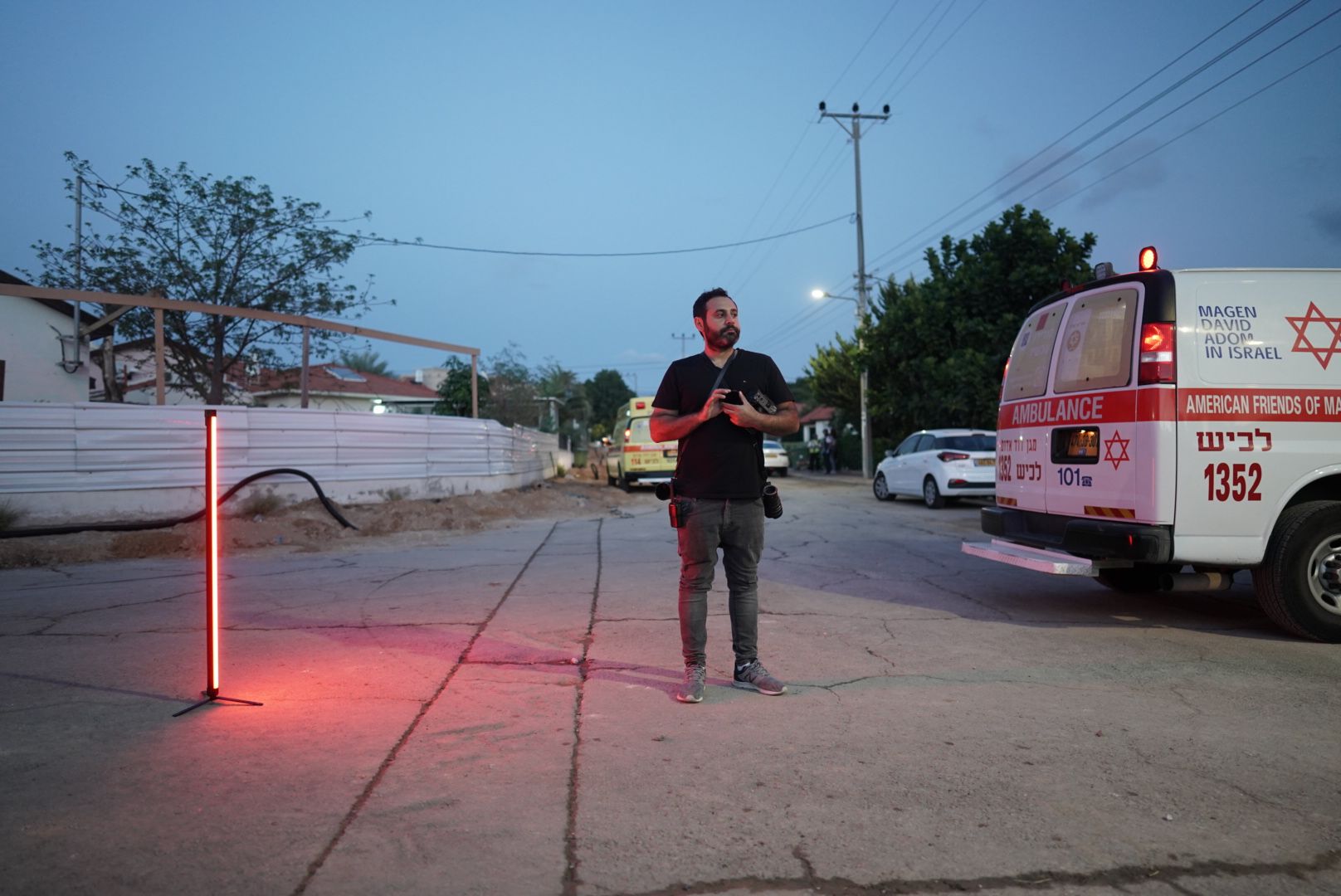 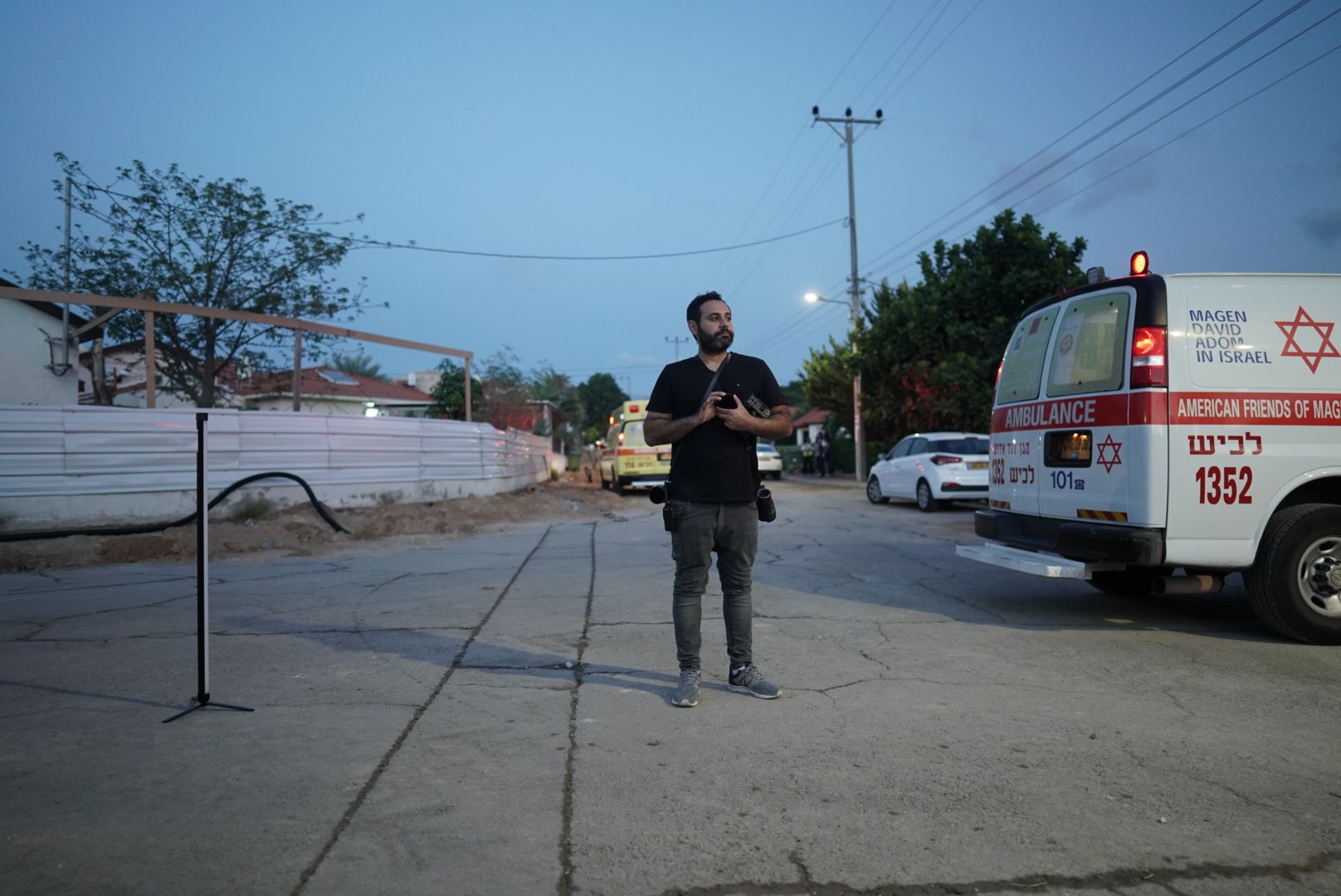 I was pleasantly surprised with the amount of light the 30X gives out. In some cases, this was even enough to act as a key light. The diffusion is one of the best that I have seen in tube lights. The entire front surface is evenly lit, creating a very big smooth surface. There are no visible individual LEDs, and that means no annoying multiple shadows. When new did not use the light as a key, we used it as a soft fill, and we had more than enough light.

The last thing we did, is using the light as a practical light. So the tube was actually in the frame. Between the high TLCI (98) and many mounting options, it was very easy to rig the light. You can see that in the image below in an ambulance shot we did. 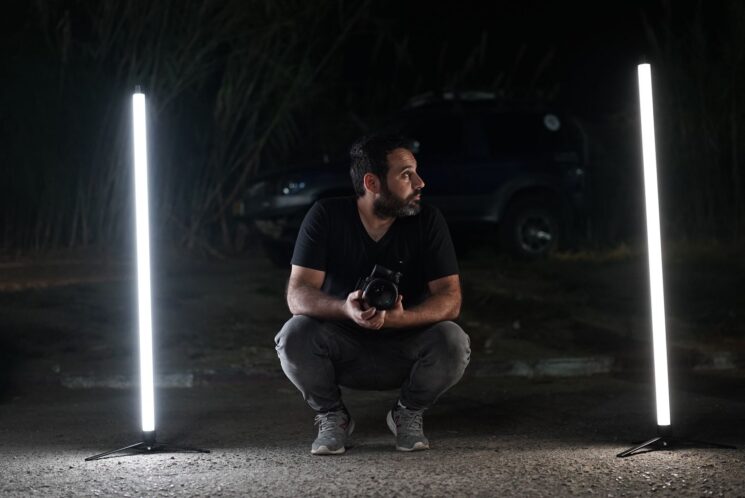 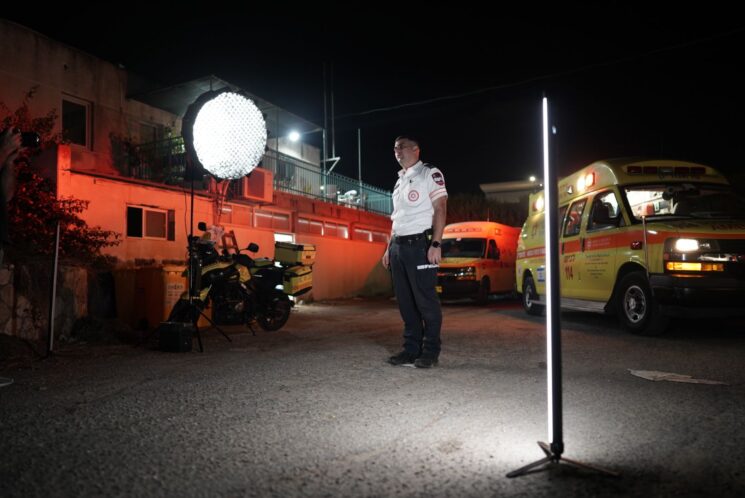 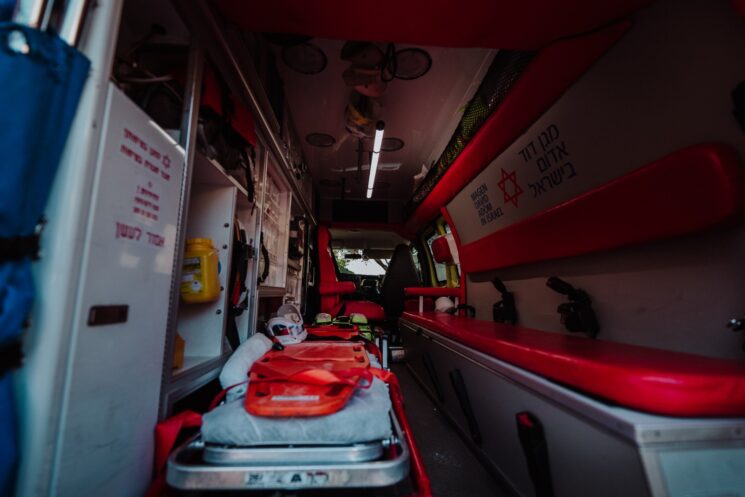 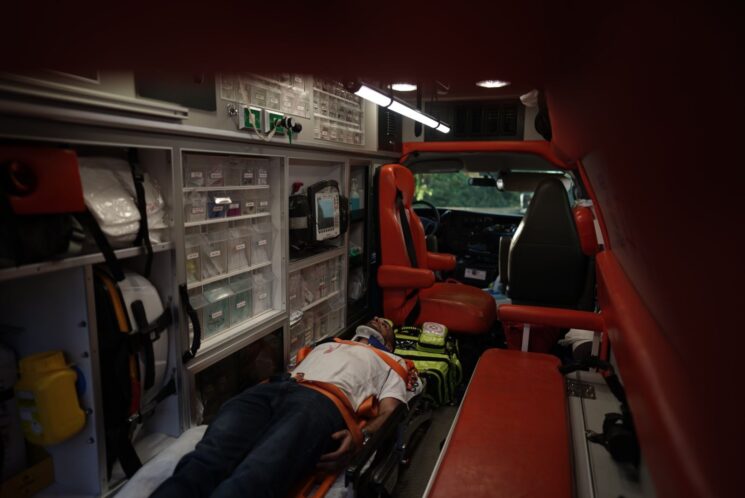 If you are using practicals, the 30X can control individual LEDs inside the tube. Unfortunately, with the lack of proper application control, we could not access this feature, and we were only able to move groups of pixels with the pre-0set effects in the onboard control. (Come on, Nanlite, give us the app!). However, once we have access to this feature, I can see how it would be useful with music or action videos.

The 30x is controlled by six buttons and a small OLED screen. This is a lot of buttons, and usually, it should be enough for smoothly controlling the light. Sadly, the menu system is far from being convenient or trivial. Something about navigating between the settings, selecting the relevant setting, and setting a value just does not flow well. You kind of get used to it after a while, but any new person on set had difficulties adjusting to the menu system. With the lack of a full-fledged app, this is something that Nanlite needs to improve. 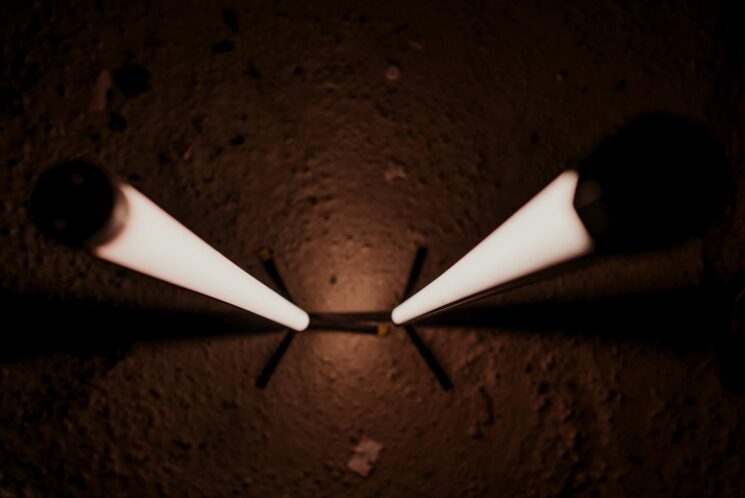 On the happy side, the menu provides every single control option you would need. Even if you don’t use the app, you get access to all the settings and controls you need for a standard shoot. If the menus were more straightforward, I would have called it a perfect control system. Of course, you have all the trivial settings, like brightness, color, and temperature, but you can also control the parameters inside each of the effects, which is quite impressive. With some of the effects, you can even control pixel-level modifications to the tube. Kudos to Nanlite on the completes of the onboard controls.

There are two small features that I think are worth a note of their own: 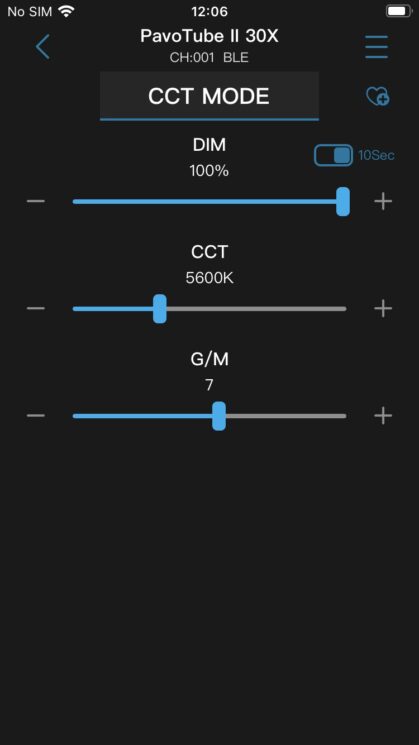 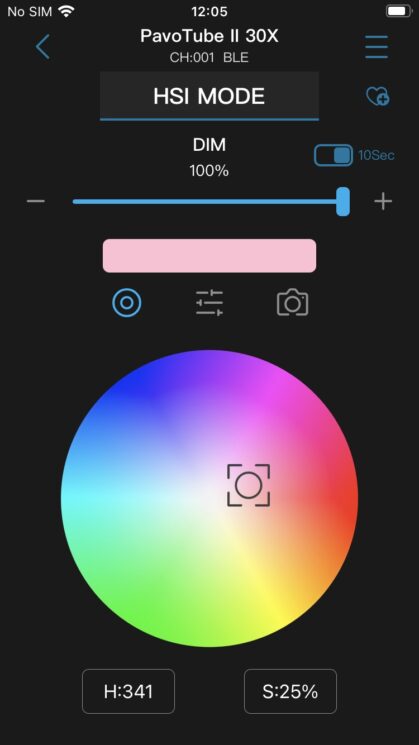 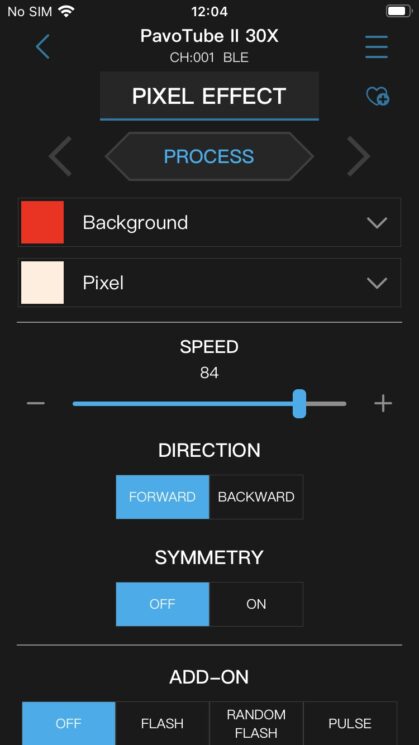 This is by far the area where Nanlite feels a lot to be desired. Firstly, app-control is only supported with iPhone (Or android if you buy an extra Wifi adapter). Nanlite told us that they would release a full-fledged android app in December, but you must use either an iPhone or an adapter until then. Sadly, we could not get satisfying results even with an iPhone, and the app kept freezing and disconnecting. I hope that the December release brings more stability to the iPhone app as well.

We got three accessories, and they all provide additional control over the light or tube. If you only have the budget, go for the floor stand. While the tube can (kinda) stand on its own, it is highly unstable. The floor mount ads desired stability, and if you consider using the light for practicals, you will find this stand invaluable. Not only it supports the light, but it also allows for the tube to rotate and shine the light in the right direction. 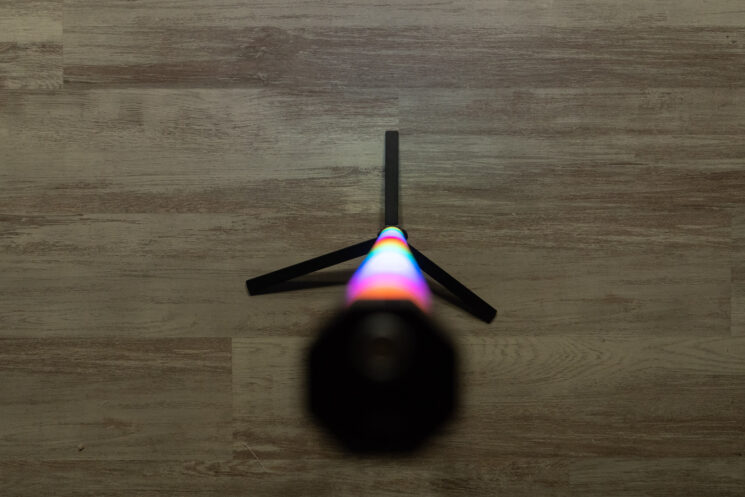 My second-best accessory would be the magnetic mount. This is a powerful magnet that “wraps” around the light so you can mount it to metal surfaces. Anything from street signs to metallic beams (like the photo below).  It only costs $10, and it really is a no-brainer if you need to add mounting options to your kit. If you need more mounting options, go for the multi-angle bracket. It is not magnetic, but it will allow hanging the light with wires at various angles. If it was magnetic, it was a sure win. 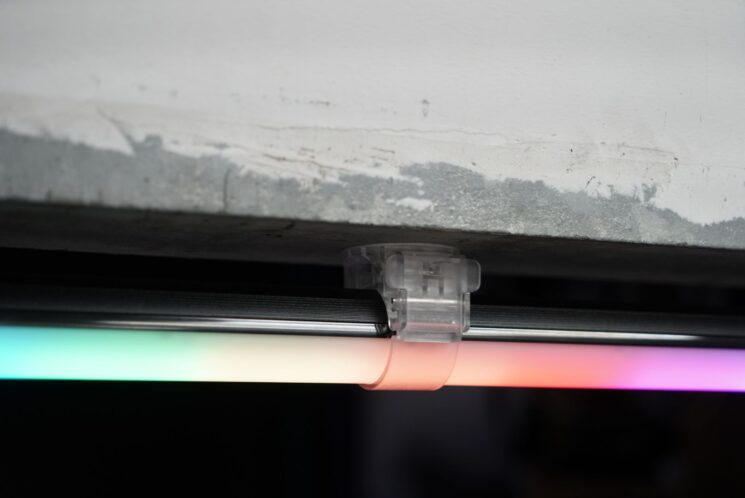 We also got the grid which allows some control over the light distribution. Unfortunately, the setup time for this modifier is a bit longer, and the only use that we could find for it is when you are using a bank of tubes and need to control the spill. It will work in a pinch, but there are better options out there.

It would be weird if we did not conclude this review with other options in the market. The two closest lights that come to mind are the Godox TL60 (reviewed here) and the Astera TitanTube.  Price-wise, the Pavo tube sits right in the middle at $999.00 for a two lights kit. (the 2 feet Godox TL-60 is $479.00 for a two-piece set, and the Asteras are $849.95 a pop). I find this a good balance between size, brightness, and features.

Our test here was for the two four-feet tube kit. Even without the upcoming app, those lights provide a great bang for the buck. The light quality, brightness, and single-pixel control far outweigh any miscoming with had with the light. My only regret is that I did not get the four-lights kit.

The UniColor LED light tube has an IP67 rating for underwater light painting
« It took nearly 80,000 NASA photos to make this impressive timelapse of the sun
Capture One demands complete physical access to your computer(s) in its license agreement »