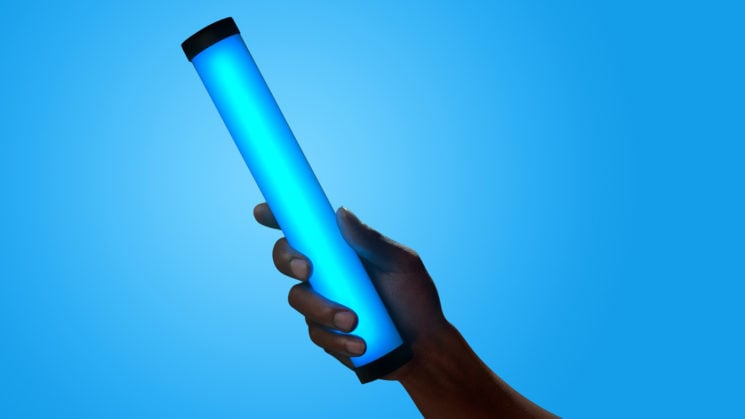 Nanlite has announced its newest addition to the PavoTube family; The PavoTube II 6C. It’s a rather modest 25cm long T12 (3.8cm) diameter RGBWW tube light weighing in at only 260g. Behind that modesty, though, is a pretty impressive set of features.

The PavoTube II 6C boasts a CRI of 95 and TLCI of 97, with a variable colour temperature from 2700-7500K and green and magenta adjustments in CCT mode. In HSL mode, you get access to 36,000 possible colours from across the RGB spectrum. The LEDs sit behind a diffusion cover to help create a soft even glow and smoother edged shadows.

As you can tell from the video, the PavoTube II 6C is designed to be a kind of accent light, allowing you to add pockets of light to your set or location. As such it features magnets to more easily attach it to metal surfaces as well as 1/4-20″ sockets on each end. And as well as the standard CCT and HSL colour modes, the PavoTube II 6C also offers 15 different lighting effects to help sell your shot.

The 2200mAh built-in battery gives up to an hour of use at full power. And if you need it to run for longer, you can keep it powered from a USB power bank (just make sure it’s one that can supply 2 Amps at 5v) through the Type-C socket. An optional battery handle is also available for the PavoTube II 6C, as well as a hotshoe mount, a mini tripod, a waterproof bag that handles depths of up to 20 metres and barndoors with a grid.

The lights can be controlled using the buttons on the back or the wireless remote control. You can also control them over WiFi using a smartphone app which is available for both iOS and Android devices.

The Nanlite PavoTube II 6C comes supplied with a safety strap, carrying bag, USB Type-C cable, 3x metal plates (for your magnets to attach to) and a user manual. 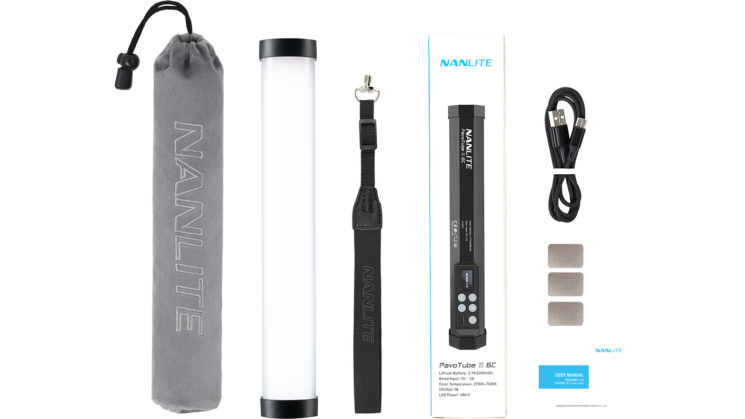 There’s no word of a price or release date on the Nanlite PavoTube II 6C yet, but we’ll let you know as soon as we hear any news. For now, you can find out more on the Nanlite website.

Update: Still no news on when they’ll ship, but the Nanlite PavoTube II 6C is now listed on B&H for pre-order for a surprisingly inexpensive $99.