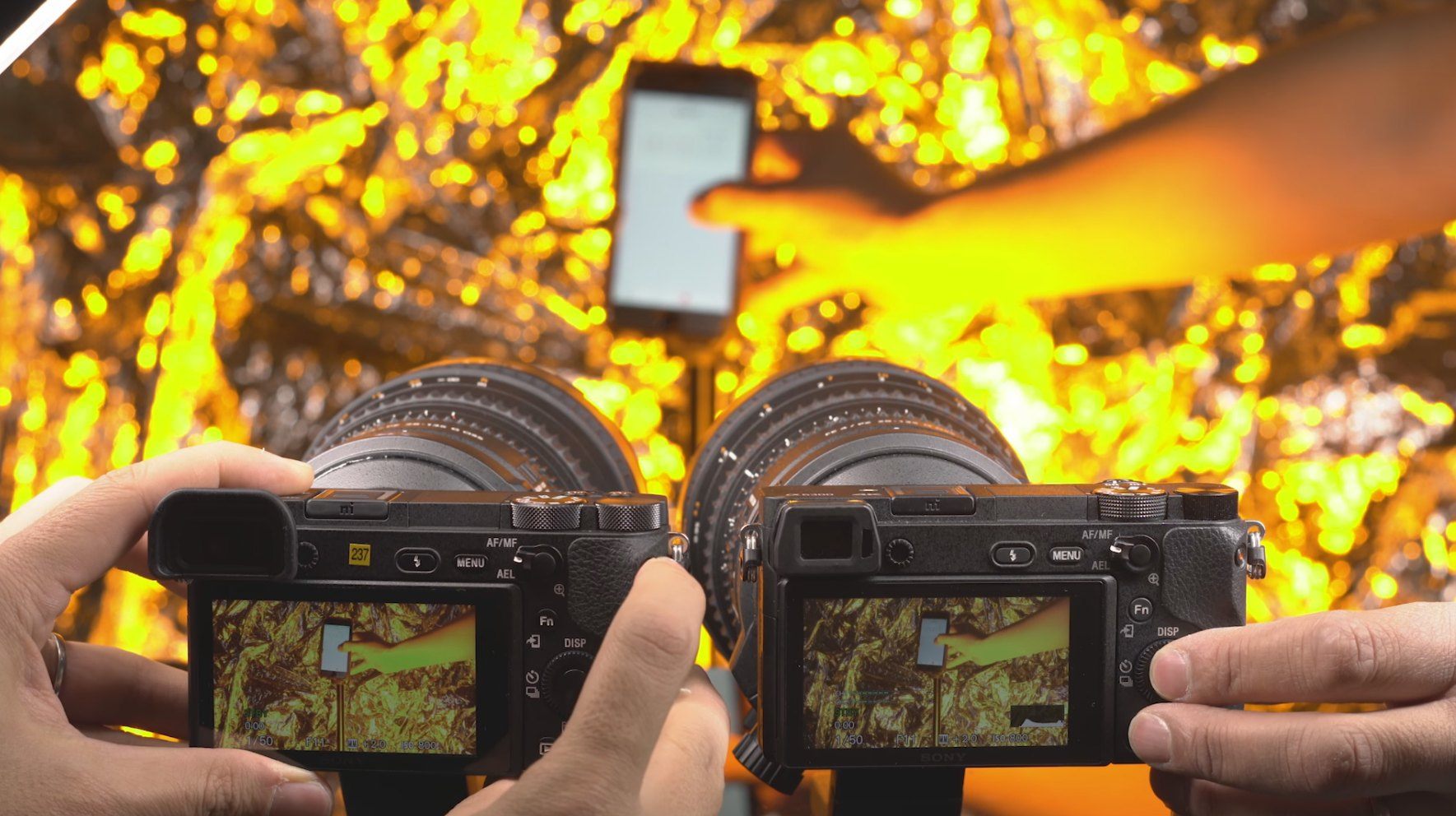 The Sony a6300 was one of the most promising cameras that Sony ever released. A 4K crop-sensor mirrorless for less than $1000. Promising, but not delivering if you tried to shoot 4K for over 13 minutes. Then the camera would overheat and shu itself down.

If there was one single issue that kept haunting this camera it was the 4k overheating issue. Sony did release a firmware for overheating, but it was not solving the issues that videographers were facing. But now the new a6500 is said to be solving that problem. If you ask me, that could be the only reason that Sony released a predecessor to the a6300 only 6 months after its launch.

The team at newsshooter did not take Sony at face value and recorded a side by side video of the a6300 and the a6500 aimed at a timer shooting 4K 25P at 100 Mbps into a Sandisk 64GB UHS-1 U3 Extreme Pro card. And whadaya know. The a6300 turned off after about 12.5 minutes, while the a6500 kept going. The movie below is kinda boring (even when sped up), but provides a hard evidence to the testimony above.

According to Sony’s rep:

The new a6500 solves this with a new ‘Auto PWR OFF Temp’ setting. When set at ‘High’ it allows the camera to continue recording all the way up to its 29 min 50 second limit. According to Sony reps you can then start to record again immediately for another half hour in normal conditions.

If you went for thirds though, Sony did not promise to that you;ll get a complete 30 minutes again.

newsshooter tells that the room was kinda warmish and that the cameras were lit with LEDs, but conditions were definitely not extreme. They also tell that the a6500 was warm t the touch after the first 30 minutes, but not too hot to handle. NS also share that “A temperature icon did pop up on screen around half way through, but with no apparent issues”