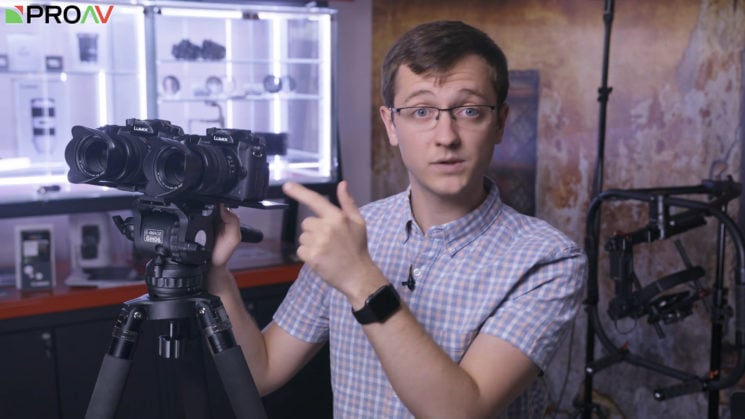 Despite being the rather good video-focused camera that it is, the Panasonic GH5 has been plagued with one big problem. Autofocus. While serious video professionals may say “Bah, who needs autofocus for video?!?!”, plenty of people still want good video AF performance. Many vloggers, for example, shoot with the GH5 and rely on the autofocus to keep up with constant movement in front of the camera.

While not “lab tests”, Carl’s experiments do yield some interesting real-world results. In the first scenario, Carl has the two cameras side-by-side chasing a friend’s offspring around a local park. For the most part, the old and new firmware seem to be neck-and-neck in this outdoor environment. And both of them seem to lose autofocus and get distracted by the background at approximately the same points.

Overall, though, both seemed to do fairly well, especially when a subject was moving towards or away from the camera. There really wasn’t much in between them at all.

Where the difference was noted, though, was in more controlled studio-like conditions. Indoors, with a subject speaking directly to the camera. And this is where it’s important for vloggers. Here the 2.3 firmware seemed to not only find the face much more quickly, but focus on it faster, and stay locked on. And here you can see a prime example of that.

So while the two firmwares seem neck-and-neck in some scenarios, the 2.3 firmware is the clear winner in others.

For a laugh, Carl also compared the new firmware to the Canon 5D Mark IV’s dual autofocus system. It’s a bit of an unfair test, as they’re very different technologies (dual pixel phase detection vs regular contrast detection) but the GH5 with the new firmware keeps up surprisingly well.

This isn’t the only thing that’s been addressed with the new firmware, either. It’s received a new monochrome mode, image stabilisation improvements with wide lenses, better noise reduction and a bunch of other small tweaks.

So, if you’ve got a GH5, it seems definitely worth updating. And if you’ve been thinking about a GH5 but were concerned about the autofocus, it looks like it might finally be fixed.

« Patent shows the $5,500 Leica SL 16-35mm was actually designed by Konica Minolta
These are three essential lenses for landscape photography »