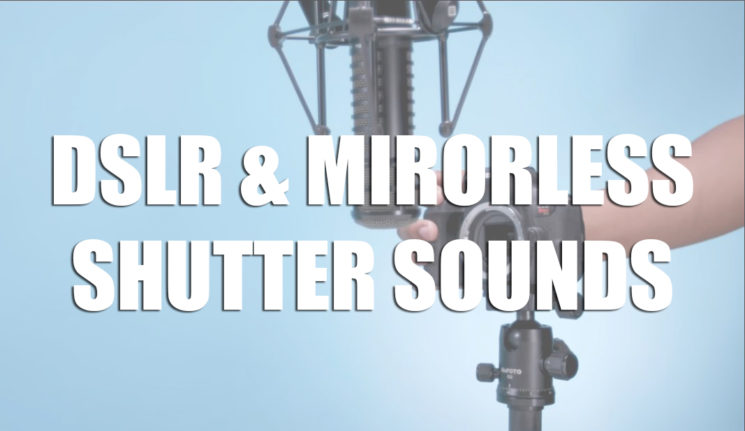 What does your camera sound when you press the shutter? Do you like what you hear? Guys from Lensrentals compared 16 of the most popular cameras from almost every major manufacturer. They include both DSLR and mirrorless models tested for something not exactly common: shutter sound. The team ranked them from best to worst. So, let’s hear the sounds, see their ranking, but also make our own verdict.

The Lensrentals team chose the Nikon D850, Olympus PEN E-PL7, and Pentax 645Z to be the best when it comes to the shutter sound. On the other hand, the worst sounding cameras for them are the Leica SL 601, Sony Alpha a77 II, and Panasonic Lumix DC-S1R.

I agree about some cameras, and I have my own preferences. In my opinion, the Canon EOS R and Nikon Z 7 have a really nice shutter sound. I agree with the guys about the Olympus PEN E-PL7. They describe it as “adorable,” and that’s the first word that came to my mind too.

When it comes to the worst sounding cameras, I totally agree on both the Sony Alpha a77 II (it sounds like a damn snake) and Pentax 645Z, which sounds kinda… scary. When it comes to the Leica SL 601 single shots remind me of a typewriter sound, which I like. But the burst mode sounds like shooting from a rifle, and that I definitely don’t like, so I partially agree with this one.

While shutter sound definitely isn’t the most important feature of a camera, we can’t completely disregard it. If you shoot quiet places such as church weddings or theatre plays, for example, it definitely is important how your camera sounds.

So, what are the best and the worst shutter sounds in your opinion? And do you like the shutter sound of your camera(s)?

[Who has the best shutter sound! *Camera ASMR * via Lensrentals]