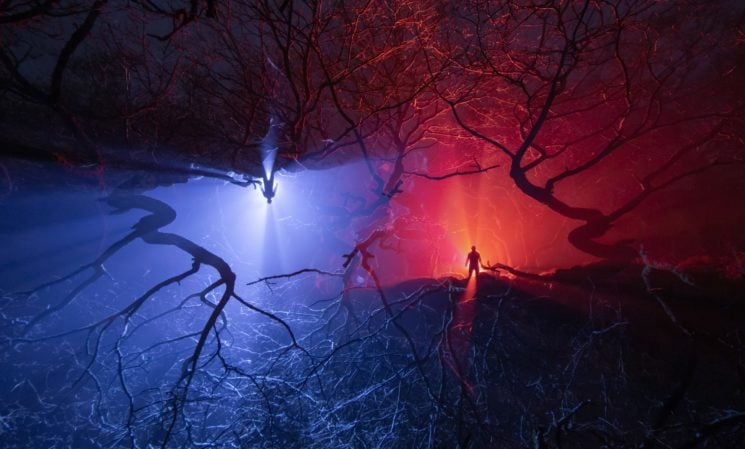 Even though Flickr has gone through so many changes, I still haven’t left it. And from time to time, this platform helps me to discover photos that steal all my attention. So, when I opened the front page a few days ago, I saw a photo named Downside Up and it made my jaw drop. It was taken by Tim Gamble, a photographer and a UK Brand Ambassador for Light Painting Brushes.

After staring at this impressive photo for a while, and opening it again the following morning, I knew I needed to know more. So, I got in touch with Tim. He kindly shared the photo with DIYP and told us how it was taken: entirely in-camera, at a single exposure!

Perhaps you remember seeing Tim’s work on our blog as we featured it before. His photos are so surreal and unusual, that 500px thought they were illustrations. Interestingly enough, most of his work is created entirely or almost entirely in-camera, and Downside Up is no exception.

This photo was shot nearly four years ago. But Tim re-edited it and posted it to Flickr recently, which is when I saw it. Despite being shot a pretty long time ago, Tim says that he remembers the evening like it was yesterday. He and his friend and shooting buddy Chris Thompson went to the beautiful Padley Gorge in the Peak District to take some photos. “On my journey there, the higher I climbed, the denser the fog became and the more excited I got,” Tim tells me.  “Fog is my favorite condition to take pictures in as it is sure to bump up the drama and atmosphere.”

“When I arrived at Padley, the air was thick with the good stuff and my friend and shooting buddy Chris Thompson was there already setting up his first shot, illuminating the darkness in the valley below.  Once he had bagged his shot we moved to my favourite spot amongst the beautiful Sessile Oaks.  The trees always remind me of Middle Earth with their twisted, gnarly limbs and the boulders below dressed in their wonderfully green moss finery.  It’s a magical place to be after dark.”

On the way to the location, Tim already had in mind the photo he wanted to achieve. The fog was definitely his ally, as it would give his silhouettes good background separation and even light throughout the scene. He took out his tripod, placed his camera rotation tool on the head and mounted the camera on that.

If you’re wondering what a camera rotation tool is, it lets you spin the camera around the axis of the lens during a long exposure.  This is how Tim twists reality in such a way without the use of Photoshop.  “This is a big thing with light painting, altering reality using your imagination and the tools you have at hand rather than relying on computer wizardry,” Tim says.

After setting up his camera, it was time to set up the lights. This is how Tim explains his light setup:

“I took up position on the bottom right-hand third of the frame with a blue gel on the Led Lenser X21R.2 behind me.  An incredibly bright torch which was mounted in a clamp on a light stand directly in line with me and the camera.  This lit the fog behind me which separated me from the background.  The torch was angled in such a way that illumination of the scene starts at the top left of the frame and travels on the diagonal to the bottom right, leaving the opposite half of the frame in near darkness.”

Once happy with the correct length of exposure for each gel, Tim and Chris got started.  Tim took up the position in his spot and Chris fired the shutter. Tim stood as still as possible for about 10 seconds for the first part of the image. Then, Chris put the lens cap on and rotated the camera 180 degrees. During that time, Tim walked to the torch and swapped the blue gel for an orangey red one.  He took up the position in the same spot and held still once again.  Chris removed the lens cap and they let the warmer gel expose for about 15 seconds as less light is transmitted through that gel.  “Chris then kindly replaced the lens cap and ended the exposure. Job done,” as Tim explains.

As for the settings and gear, Tim used a Canon 650D (Rebel T4i) at a time and paired it with a Tokina 11-16mm f2.8. The photo was shot at 11mm, f/7.1 and ISO 400, and the exposure lasted for 87 seconds. He made some minor adjustments in Lightroom, but the crazy effect you see is done entirely in-camera.

Tim says he was so happy with this photo that he entered it into the International Light Painting Award 2016 and he won the 6th place. Also, this is one of the few light painting shots he has hanging on his wall at home.

My first thought when I saw this photo was: “Oh my god, this looks like something from Stranger Things!” Tim tells me that a lot of people have the same impression, and he doesn’t mind it at all considering that he also loves the series. However, the inspiration for this shot didn’t come from Stranger Things. In fact, this was shot before the series was first aired. Tim was inspired by the great light artist Dana Maltby (TCB) whose work has inspired him since the beginning.  He was also inspired by other artists such as LED Eddie, Mart Barras, and Dan Whitaker.

If you like this photo as much as I do, you’ll want to see more, and you can do so by following Tim on Instagram, Facebook, and Flickr. He also shared a few more photos with us that he made using the camera rotation tool, and you can check them out below.

And one more thing: if you’d like to start doing camera rotation photography (or you already do), here’s a Facebook group that you can join. 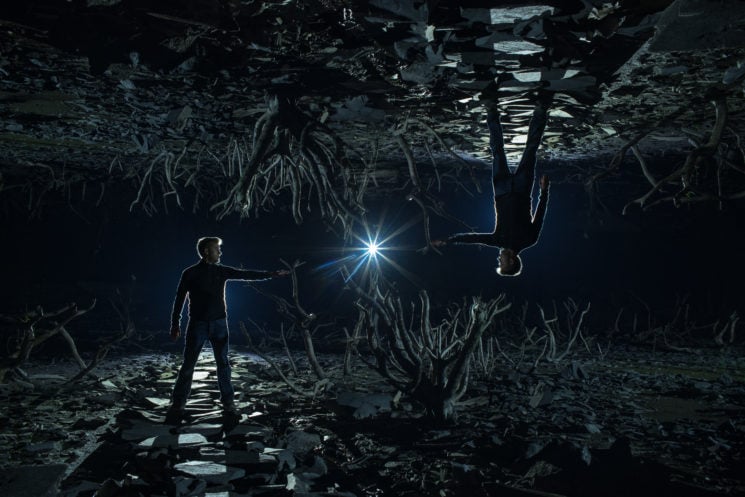 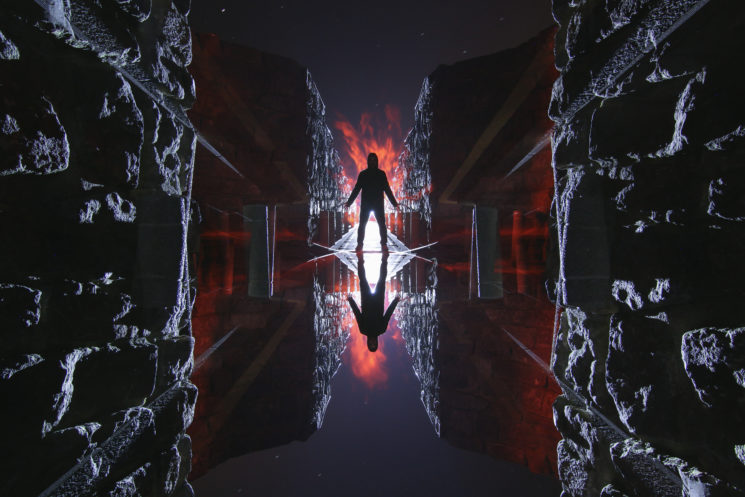 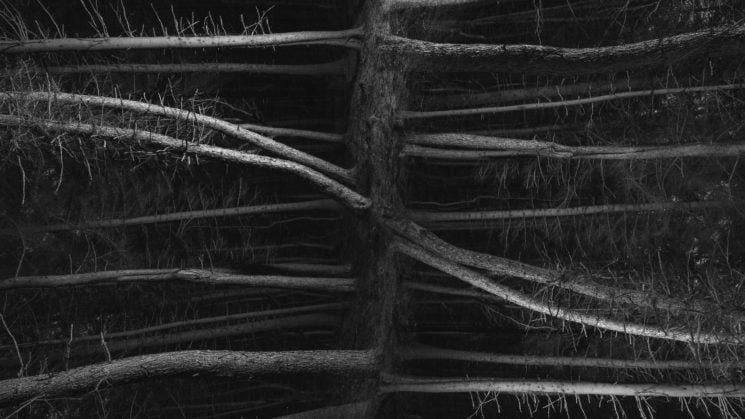 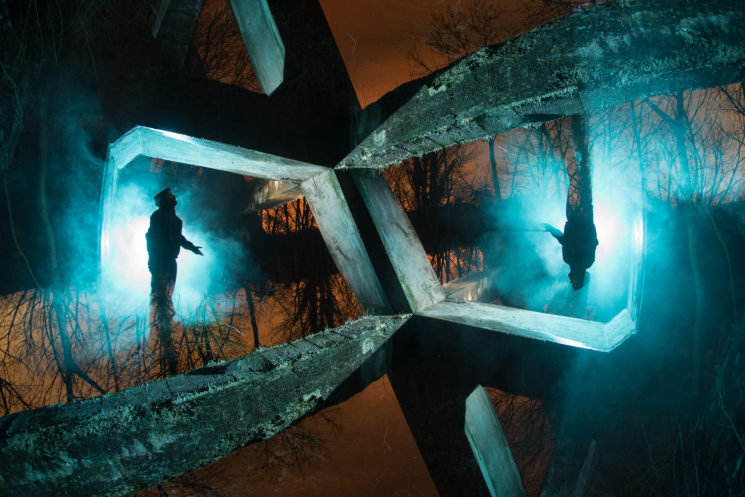 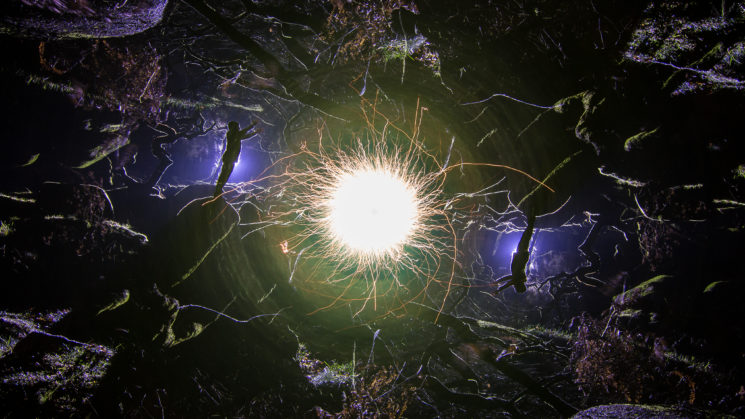 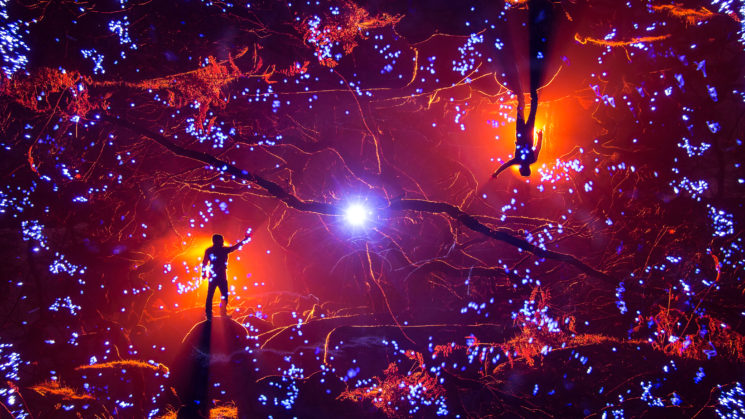 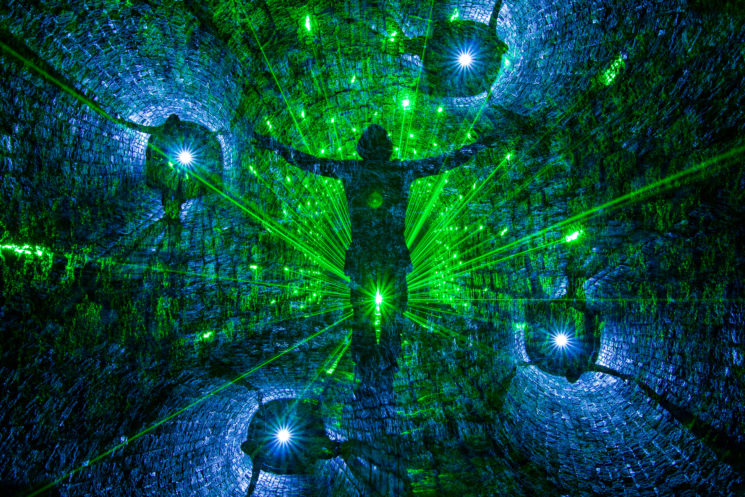 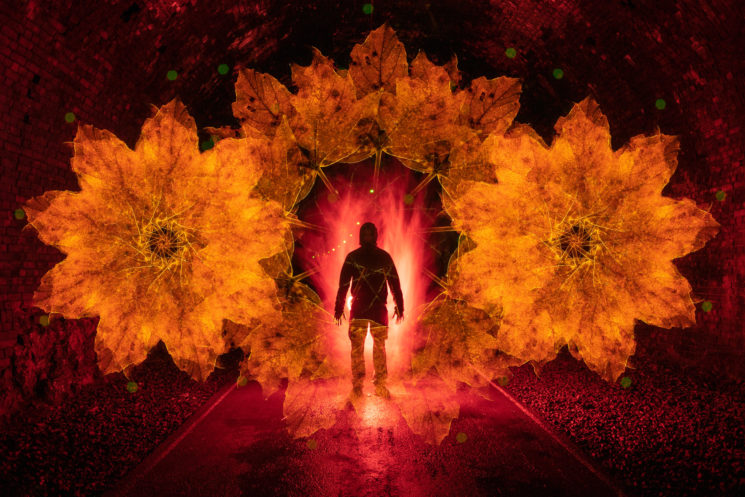 Whispering Iceland is an amazingly eerie timelapse shot throughout the country