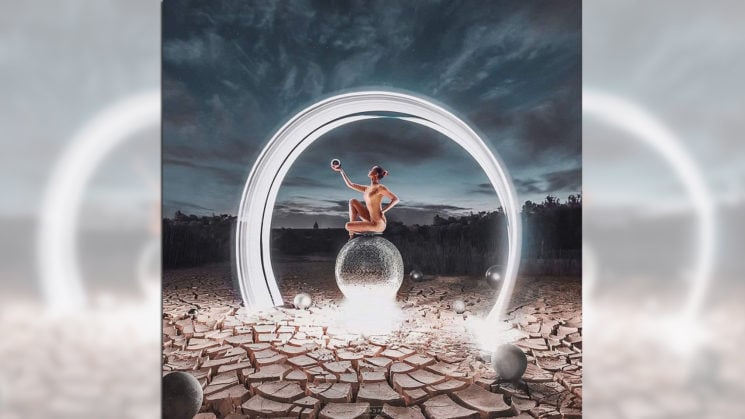 Sometimes, aimless scrolling through your Facebook feed has its purpose. While I was doing it a few days ago, an amazing light photo stole all my attention and made my jaw drop. After admiring it for a while, I decided to get in touch with Sergey Savenko, the young photographer who took it. So, I am sharing this surreal photo with you, as well as some details Sergey kindly shared about it.

My first surprise was that this image is a single shot, not a composite. Everything was done on location, at a single 4-second exposure. Sergey took the photo near a thermal power plant out of Rostov-on-Don, Russia. And in my opinion, he picked a really interesting location.

I asked Sergey about the gear he used. He shot the photo with a Sony a6300 paired with a 16-50 kit lens. Of course, his camera was on a tripod because of the 4s exposure. Interestingly enough, there was no extra light: the entire scene was illuminated only by the light painting. And when it comes to the light painting flashlight, he uses a simple, no-name flashlight from China. I often say that gear doesn’t matter, and photos like this are proof of that. In other words, I believe that you can take stunning photos even with a cheap camera, a kit lens, and a no-name light.

Finally, I wanted to know about what Sergey finds the most challenging about creating photos like this. It’s not the shooting process itself, but everything that comes before it. For Sergey, the most challenging part is the preparation, finding references, creating a storyboard, and finding an interesting place to shoot. But once that is done – the magic happens. 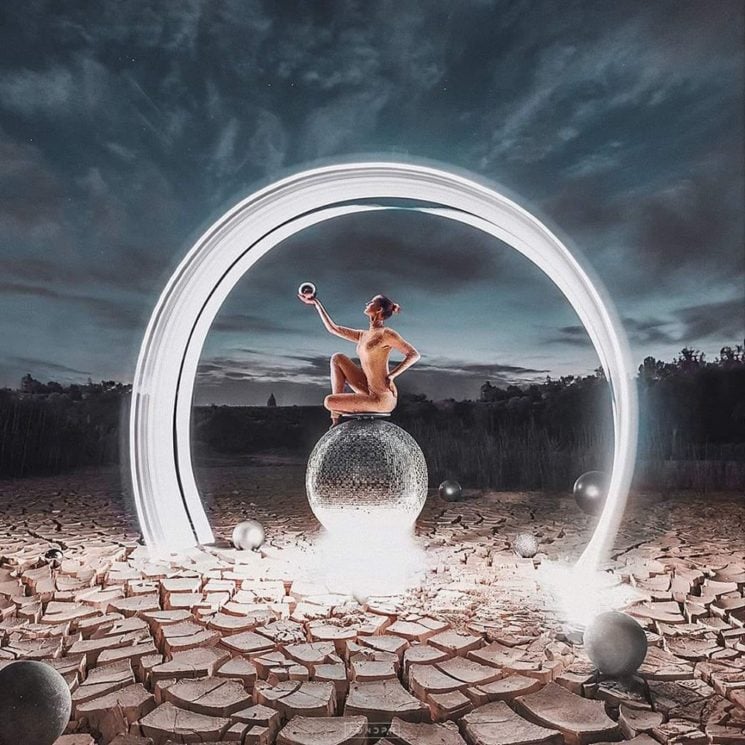 This levitation photo was taken in a single shot

« How to make sure you don’t lose your presets, brushes and actions when you upgrade Photoshop
This 1972 Polaroid ad is as informative and nostalgic as it gets »