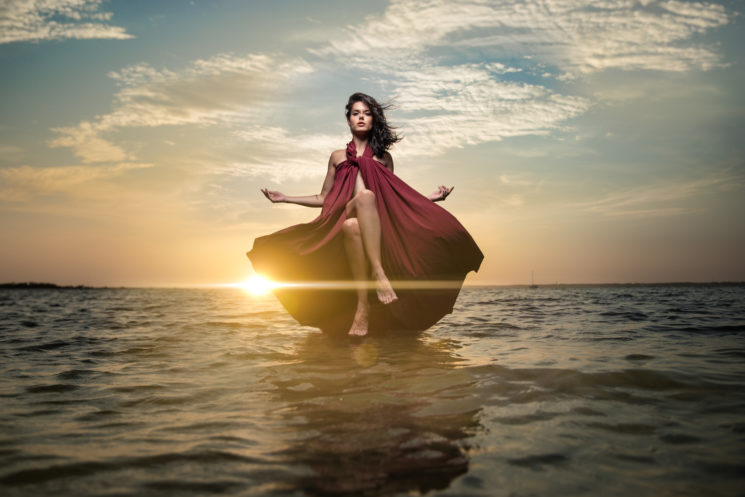 I just love those moments when I scroll through my Facebook feed and a beautiful photo stops me in my tracks. This is exactly what happened when I saw this image by Robbie Harvey. So, I reached out to him wanting to hear more about it. I was impressed to hear that it was taken in a single shot, and Robbie agreed to share more details about his photo with DIYP readers.

I was curious about how this photo came to life. Was it a part of a bigger shoot, or a personal project? We all know what this year has been like, so Robbie hasn’t done a shoot at all in 2020. But he had some ideas, so he reached out to model Evelia Hooks. “She is one of the best in my area and over the past few years her and I have become pretty good friends,” Robbie tells me.  So, they got together and took the shots, they had lots of fun, and Robbie doesn’t hide his thrill about the results.

I like saving the best for last, so here comes my favorite part about this photo. It was taken as a single shot, as I already mentioned. I was convinced that it was a composite, so I was pretty amazed to hear that it was all done in-camera. Evelia was sitting on the back of a chair with her feet on the seat. The chair is placed just below the water level so you can’t see it in the frame. She would hold her dress, and on the count of 3 she would drop it and Robbie would snap a photo. “It takes several attempts to get it perfect but that’s basically it,” Robbie adds. There were some touchups and enriching the colors just a bit in Photoshop, but other than that “what you see is pretty much straight out of camera,” Robbie concludes.

Check out this beautiful photo once again, and make sure to follow Robbie on Instagram for more of his wonderful work.