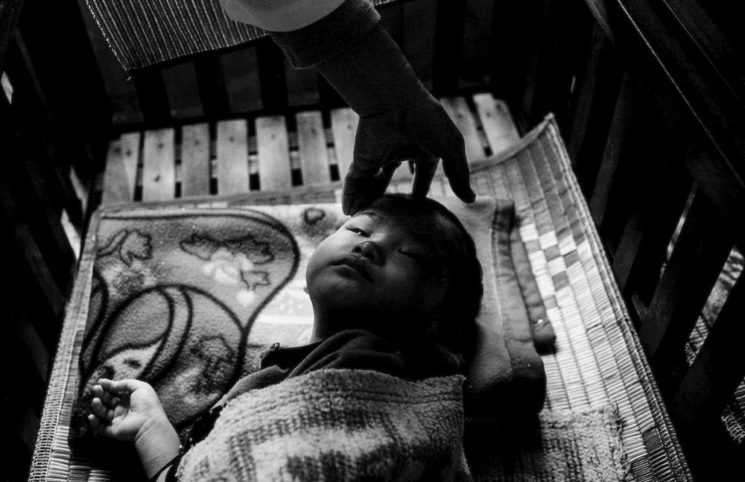 My daily stroll through the newly built but already decaying park near my apartment in Hanoi listening to Spotify on a brisk (by SE Asia standards) morning has me in deep thought. We only get this type of weather for a couple months a year here and I absolutely love it. I grew up in New England and this is the temperature I was built for, I truly am a different person. I’m smarter, more motivated, and dare I say a deeper man when I’m able to wear long pants and a sweatshirt.

[Editor’s note: some viewers may find the images in the article disturbing, so please proceed with caution]

The stroll has me feeling introspective and pondering my past and where it all started for me as a young photographer. About 12 years ago I visited Vietnam as a photogra-tourist (I just coined that phrase now) and I instantly fell in love with the country. As cliché as that sounds it’s true. I arrived in November on a day not so different than today’s weather and I felt at home. Two years later when I returned here not as a tourist with a one-way ticket and a plan to become a full-time photographer, I experienced my first Hanoi Summer. Oh, how you fooled me Vietnam, you cunning devil.  I was like Frosty the Snowman in that greenhouse, melting in the heat and humidity, it was dreadful. As they say about those you love, you take the good with the bad and I was in love with you Vietnam, still am, so I stayed and weathered the temperature if you will.

When I arrived back in Hanoi I was accompanied by a truck load of credit card debt from gear purchased that I didn’t need and a year left at University that I would never finish. My plan was to focus on personal projects and use my time shooting my projects as my version of my final year of school. I was intrigued by a book I found in San Francisco by Philip Jones Griffiths about victims of agent orange and I wanted to do my own version of this story.

After getting settled in and finding my bearings here with the help a wonderful woman named Thuy (one of my closest friends to this day and I’m forever grateful to her) I gained access to an orphanage for victims of Agent Orange.  I started my project and in the end I launched my career with it.  The project led to several accolades including my acceptance into the prestigious Eddie Adam Workshop, winner of the Marty Forscher Award for humanitarian photography, and the Emerging Photographer award given out by the Missouri School of Journalism. See the full project here. 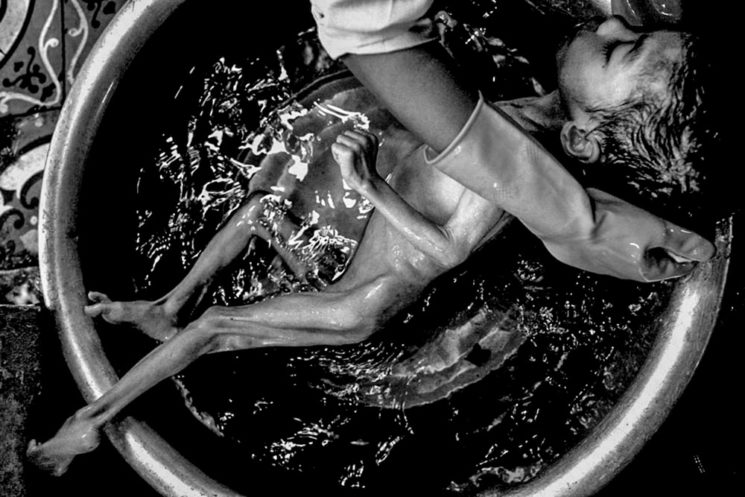 The work from the project helped me open the door with the New York Times and that led to shooting over 100 assignments around Asia for them during my career. The New York Times work led to more editorial work which eventual led to commercial work that came at a perfect time as editorial budgets took a spill.  All of that helped me launch my commercial photography and video production business, my destination wedding photography business, and a 4-year stint so far as a TV host/judge on History Channel’s Photo Face-Off. I understand this is an odd career trajectory and it won’t be the same for everybody, but my career really did start and sustained because of a personal project that I shot 10 years ago. Of all the things I’ve done in my career, the part that had the most impact on me and what I’m most proud of is that first true personal project. 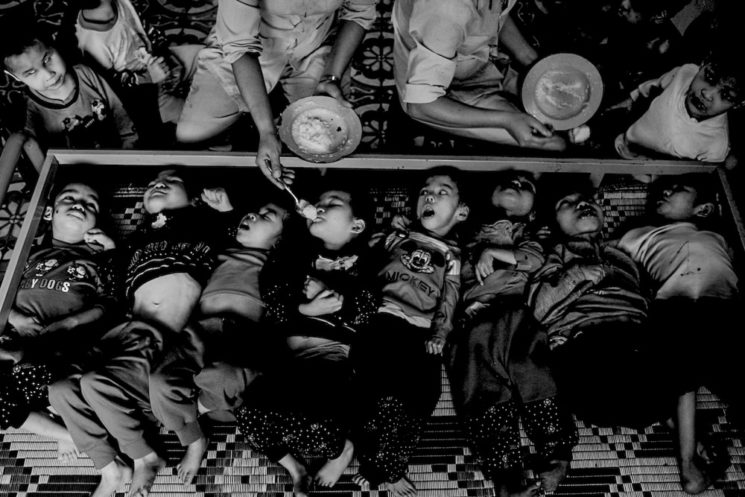 I learned so much about myself as a photographer during that time and it truly shaped me. I learned I could photograph in the moment and suppress my emotions (not saying that’s a good thing) and focus on the story.  I also learned I couldn’t escape those emotions I felt for the children as they surfaced every evening while I edited and organized my images. I learned discipline by using only one camera and one lens (Canon 5D and the 35mm for you tech nerds) and how that self-imposed discipline made me rethink my compositions. It made me physically move more and overall resulted in me being a more thoughtful photographer. I learned the importance of patience and how to anticipate moments and how to sit back and observe. I learned how photographing the same happenings every day in the same place made me creative out of boredom. I shed the old way I shot and worked on new ways to compose my images, new ways to see light, and different approaches to visual storytelling.

Each day I experimented and each day I grew. Some days I took awful images but the failure was good for me because I was learning and evolving every day.  I stopped trying to reproduce images that got me pats on the back in University or worse yet trying to mimic other photographer’s images that I admired and began to strive to create something original, something I could call my own and create my own identity with. My work isn’t the most prolific work on the topic but it was easily my most powerful work.

When I finished that project, I thought to myself this is the first of many. I was addicted to the whole process from the conception of the idea, to shooting the story, to sequencing the final images. Over the past ten years I’ve started some projects and they’ve all fizzled out for a variety of reason and I’ve never could truly recapture that feeling I had when I started out. I’ve shot for just about everyone but myself in that ten years and I’m happy and content with my career path, but something is missing. I know I’ve grown in my career but nothing compares to the gains I made during that time I shot my first personal project. 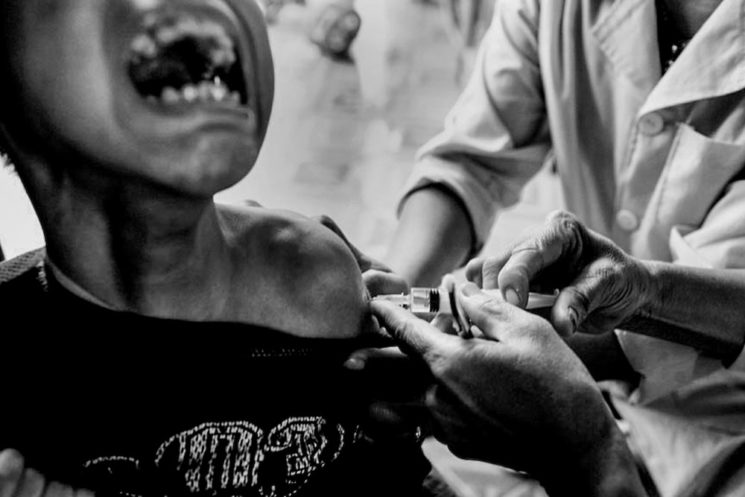 There is no playbook, no list of projects to choose from, no right or wrong way to go about it, no assurance it will be successful, no help. You must just lace up your boots, leave everyone else behind, be discipline and focused. 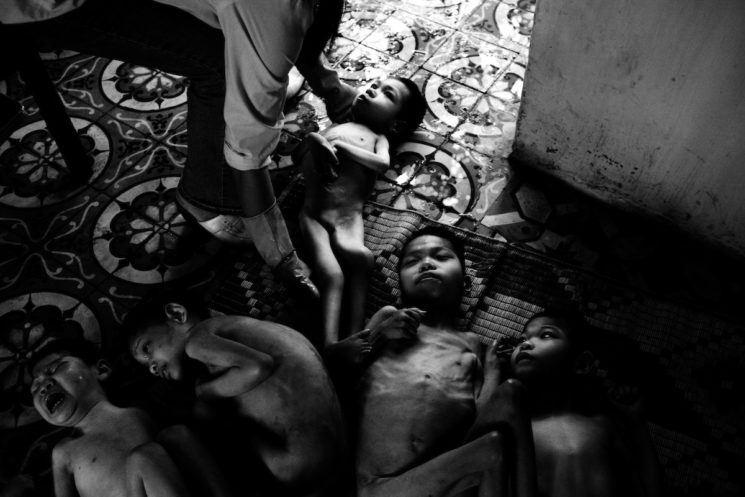 I’m 39 and it’s been far too long since I’ve had that spark. I’m writing this after that stroll in the brisk weather in the decaying park and while it’s been fun writing and reminiscing about the past I’m gazing towards the future.

In two days, I will embark on the next chapter of my new ongoing personal project. The project has a long way to go but at least I’ve begun. I’m scared, I’m petrified to discover who I am at this stage in my career. Maybe the project will suck, maybe it will be average (just as bad as sucking), who knows, but I know I will love the process and I know I will learn something about myself and that I will improve.

I feel naked (sorry for that disturbing visual if you’ve met me) without a client, an editor, direction from someone but I also feel damn liberated and ecstatic to try to recapture that feeling I had over a decade ago. I encourage all of you to not make the same mistake as me and wait ten years.  Stop pondering and making excuses and just go after it now.

Passion, patience and process. How I shot my personal project “The Big Bow”
« From age 0 to 100: this video shows aging of our skin in only 60 seconds
How forced perspective works and the maths behind it »