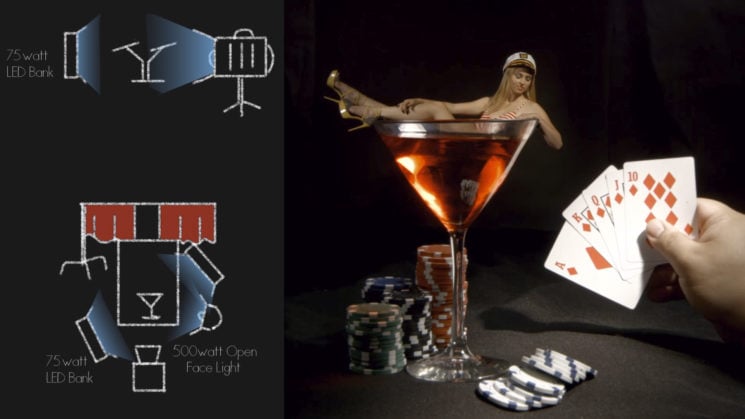 Forced perspective is one of the most wonderfully creative tools photography affords. It allows us to create optical illusions that either baffle or simply amuse us. Or we can change the scale of items seamlessly with ease. We’ve seen it in popular movies and TV shows like Lord of the Rings and Game of Thrones. We probably see it far more often than we realise.

But there’s often a lot of maths and science that goes into creating forced perspective, as you can see in the LoTR clip linked above. But it doesn’t always need to be as complex as one might think. This video from John Hess explains the mathematic and photographic principles that go into forced perspective and breaks it down into simple terms.

Sometimes we don’t need to really think about the maths all that much. We just line things up and they look right. But understanding the maths behind it, as well as understanding how our cameras work, better helps us sell the illusion.

I’m not going to try to display all the formulas here that Hess mentions in the video, as there’s really not much point. He does a perfectly good job of explaining them himself. Hess did create a handy spreadsheet, though, which he mentions in the video that you can grab over at the Filmmaker IQ website. 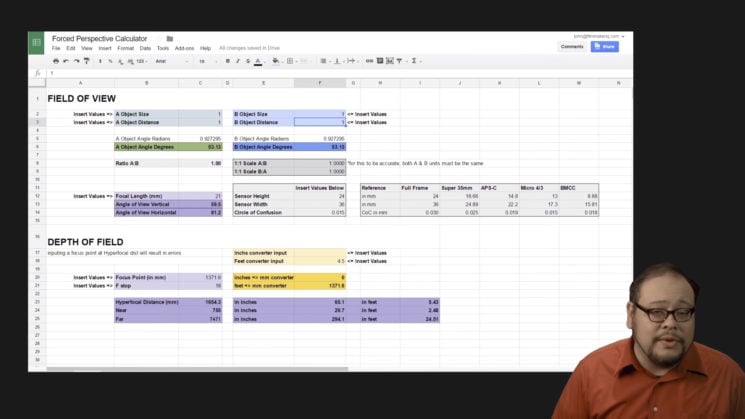 The spreadsheet is a big timesaver, because it allows you to quickly calculate a lot of the factors without having to actually know the maths. You just need to take a few measurements and understand your camera and lens.

There is one thing to note about the spreadsheet, though. The APS-C sensor size shown references Canon APS-C, which is a 1.6x crop. Nikon, Sony and other APS-C cameras are 1.5x crop, which are slightly larger. So, if you’re shooting a crop sensor that isn’t a Canon, consult your camera’s documentation, or hit up Google to find the actual size of your camera’s sensor.

Although green screen might be more common for such things these days, doing this practically really helps to sell the effect. There are some things you just can’t easily fake in a computer.

« The Significance Of A Personal Project
Quick tip: This single setting will dramatically increase your backup to the cloud backup speed »