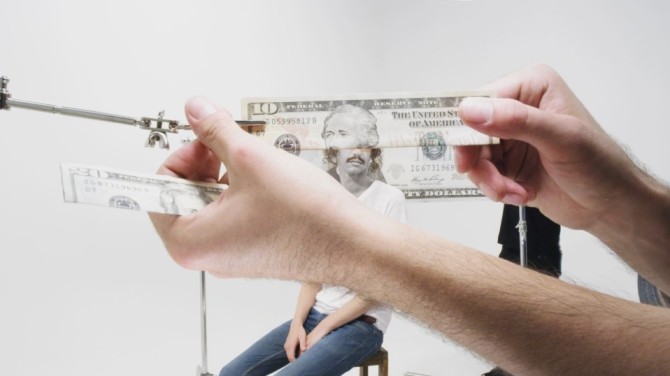 The first thing that comes to mind when thinking “Forced Perspective” is the Leaning Tower of Pisa being held to prevent it from falling, or holding the Eiffel Tower. Yea, kitschy, I know. But in the right hands, forced perspective can be a powerful tool.

Oscar Hudson directed this clip for Darwin Deez and the thing is a mastery of forced perspective. Each shot is made with a money note hiding part of Darwin’s face and having his mouth show. Here comes punch though, this is not done in after effects, but in camera as a practical effect. The secret? Shooting at F/22 for maximum depth of field and playing with subject to camera distances.

Some notes are real, and are carefully positioned close to the camera (using a helping hand) with Darwin behind them, while others are blown up and placed on a C-Stand behind Darwin.

How do I know that? because the clip totally goes meta and shows the trick as part of the show: 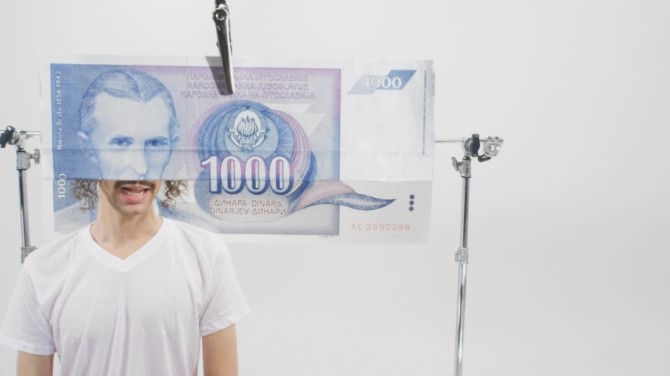 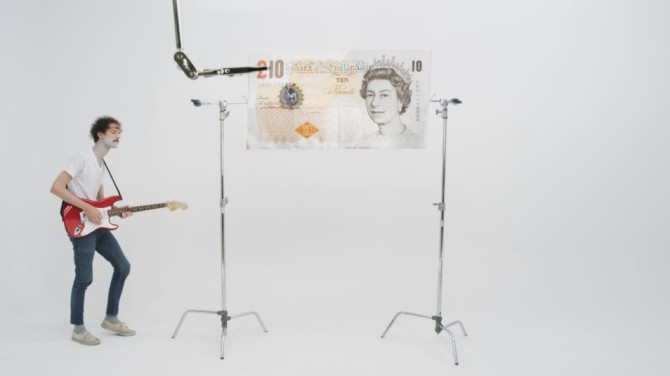 [The Mess She Made | Darwin Deez]

« Gura Gear is Gone; Say Hello To Tamrac G-Elite
Canon’s Experiment Shows How Obsessed Photographers Are Over The Details »