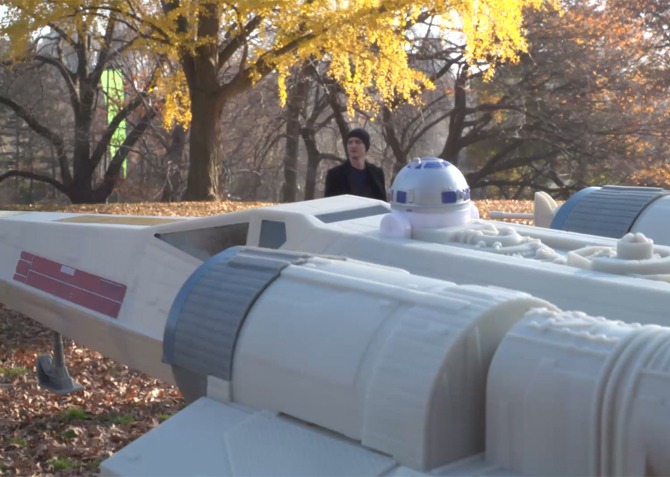 With the timing and the subject of the episode obviously timed to go along with the new movie, how better to explain this visual effect than with an X-Wing Fighter?

The forced perspective technique is an optical illusion used to manipulate the perceived size or distance of an object.

You’d usually want to fool the viewers into believing your object is bigger than it really is if the life-size object you’re pretending to be using is unreal, too expensive for your shoot or simply impossible to pull off.

By placing the model fighter closer to the camera and using a bit of match to calculate how far away the person must stand, Daniel and the crew managed to make the small model look much larger and much further than it really is.

Granted the choice to go with a fictional object made it pretty obvious from the get go that we’re being fooled, but had they gone with a realistic prop it would fool most viewers.

This technique can be used for video or stills, as we saw when a 1/15th scale DeLorean Time Machine was used to commemorate Back to the Future Day.

Forced perspective is also often seen in photos where people use the moon for creative images or to make money bills talk.