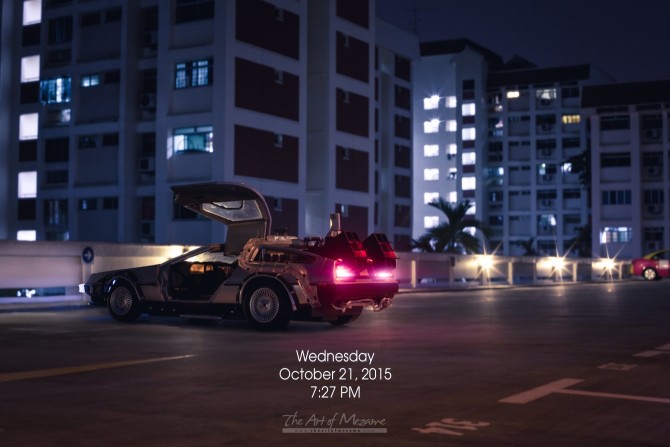 To commemorate Back to the Future Day (21st October 2015), I decided to do a photoshoot of the Time Machine. (I just love movie themed shoots) This was shot on location on the top of a multi-storey car park in Woodlands, Singapore, with a 1/15th scale DeLorean Time Machine replica by Diamond Select. A little Photoshop work had to be done to exclude the table the DeLorean was placed on where some aspects of forced perspective techniques were applied.

To get this shot, I had to do a lot of trial and error as it was my first time attempting forced perspective. I tried taking the shot with a macro lens (Canon EF 100mm f2.8 IS USM Macro), but that did not get the surroundings which I needed to make it look like the DeLorean replica was a real (1:1 scale) vehicle parked in car park. I decided to switch to the Canon EF 50mm f1.4 USM to capture more of the surroundings.

I left the taxi parked in the background as part of the picture to make it look like the DeLorean was closer to the viewer, in scale with a real vehicle.

The final image is a composite of two images. The DeLorean replica was part of the forced perspective shot and the second image was a full environment shot. I had to remove the table with Photoshop to give the DeLorean the effect that it was on the carpark’s floor. I also had to place the DeLorean in such a way such that the angle was right.

I played around with the tripod to keep the elevation of the camera right so I could give it a look that resembles a child’s point-of-view (since Back to the Future came out when I was a kid, this was another piece of nostalgia in the works, to see the replica in person from the POV of myself as a child). Piecing them together gave me the final image.

Of course, once I nailed the settings, I just had to take another photo, after parking the Delorean inside the parking lot. 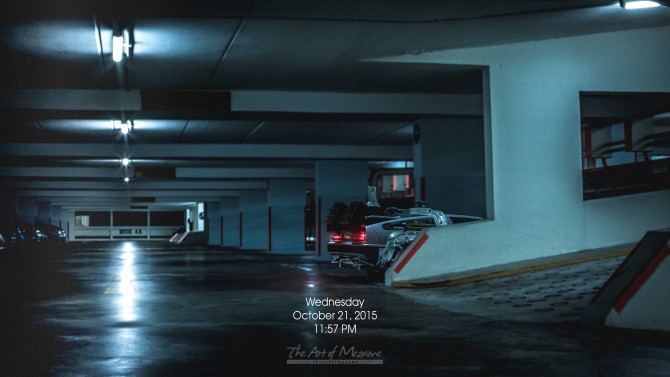 For all you skeptics, this is how it was done: 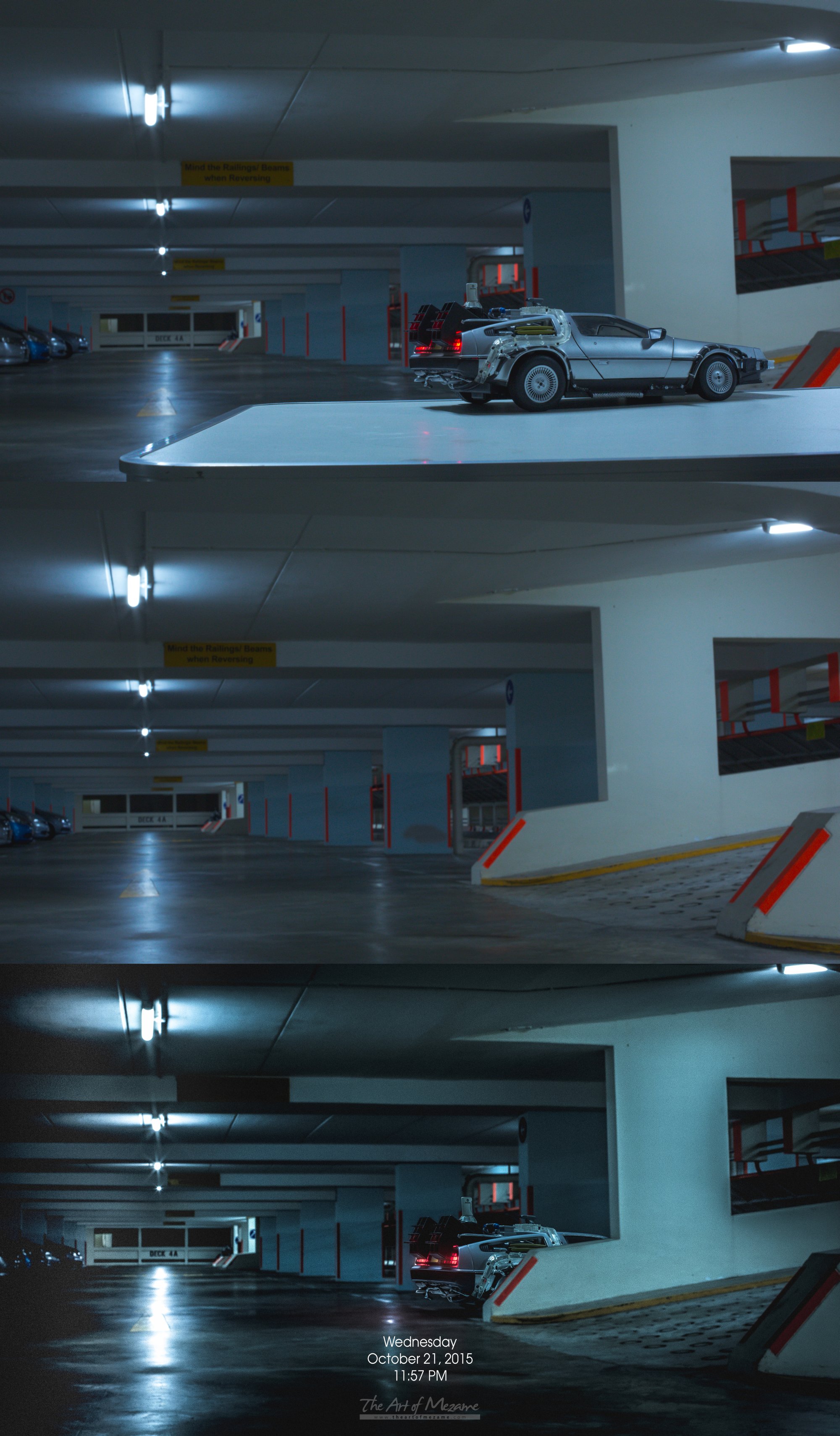 Over the next few days, I will be releasing more images of my DeLorean replica. Feel free to check out my stuff at The Art of Mezame. On that note, Happy Back to the Future Day, everyone!

Mezame Shashin-ka is a Cinematic Photography Director based in Singapore who combines fantasy and reality to tell a story. You can follow his crazy adventures on his portfolio, blog and Facebook page.

Photographer recreates Back to The Future Delorean with a model car. In Camera