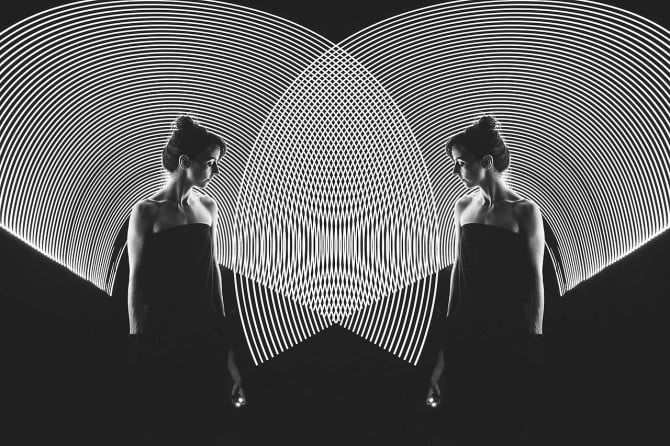 Photographer Eric Pare (previously) is always pushing his 1 second light painting technique, and it is quite interesting to see what results you can achieve when you are imposing creative limits on yourself.

Being limited to roughly 1 second, Eric wanted to try something new for Adobe Max and created one of the simplest, yet powerful lighting painting tool that I have seen.

Eric used a $25 LED strip zip-tied to a broomstick to create a straight line of small LEDs. Aside the symmetrical patterns, those LEDs also change colors so the results are pretty RAD.

The first photo that you see at the title is a test for the tool which abuses Moire in a nice way. This just goes to show that limits can help you become better, and sometimes it is better to dive deep than to spread wide. Here is a photo of the “tool” used: 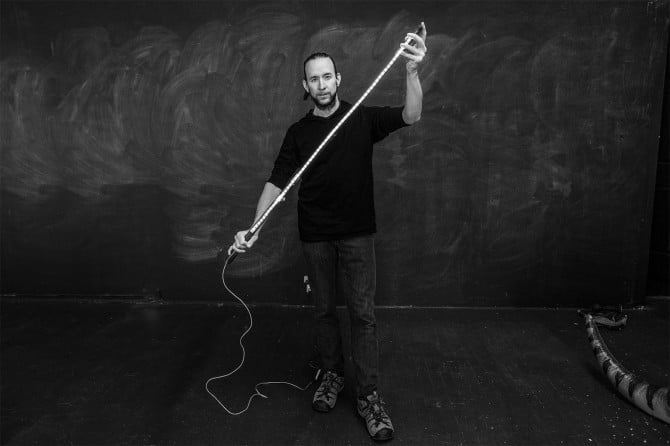 Eric, being both a French toast master and a 360° bullet-time expert, built a 360 rig over at Adobe Max and took photos of the crowd converting them into living frozen captures. The rig is made with 32 DSLR cameras and an automated process converts each capture into animated GIFs (some samples below). 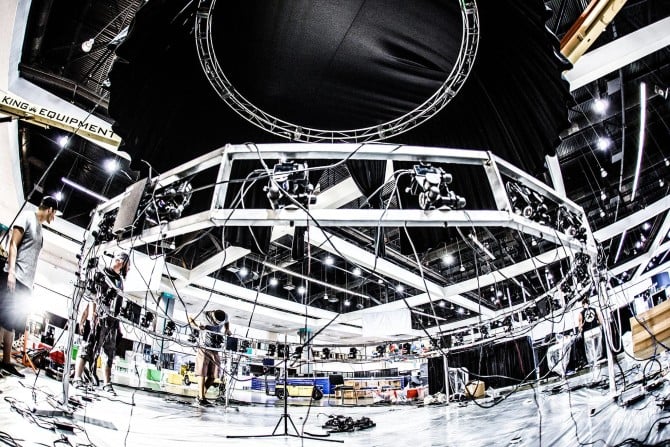 All and all Eric took about 3300 photos during the event. What an Epic effort.

How To Build A Sweet And Simple CFL Strip Light