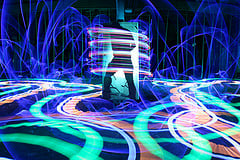 The following article is a guest post by Dana Maltby a.k.a. Twin Cities Brightest a.k.a { tcb } a Light Painting Art Performer.

Greetings again from Minnesota where it’s getting cold again. Below freezing last night, brrrrr!! But there ain’t no rest for the wicked, so let’s get back into some light painting techniques. This time I would like to talk a bit about Cold Cathodes.

A cold cathode is a tube of light that has a similar look to neon lights. It is brighter than a glow stick, and you can attach an on/off switch making them much more versatile in the field. You can find different kinds of these cold cathode tubes. They can be found at auto part stores, for in car light accents and under car lighting.

Getting a Cold Cathode 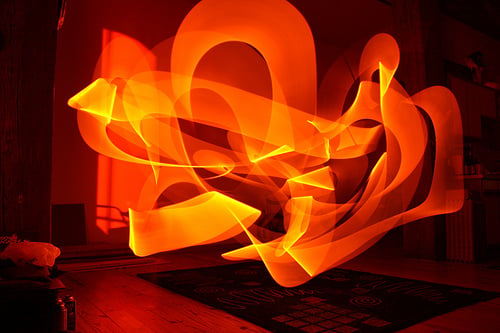 The first way I learned how to do this I bought the light from the auto parts store, and with help from this tutorial on the Flickr group Light Junkies, I was able to make a working “light saber”. So big thanks to Tdub303 for starting the tutorial and being such a huge influence for me.

(Other than the cathode, of course)

Power: There are a few ways to hook up cathodes to batteries. Most cathode lights are 12 volts, so in battery terms that is 8 AA batteries or one 9v battery and two AA’s. Buying one battery holder for 8 AA’s is the simplest, and doing the 9v and 2 AA’s is the most efficient and lightest.

Here are the two options side by side: 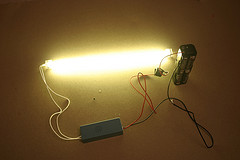 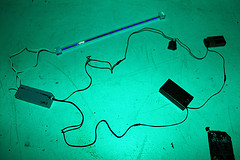 Inverters: A cold cathode runs on a higher voltage than 12V. It also runs on AC. I am not going to bore you with the specs, but you’re gonna need an inverter (that’s the box on the images above).

Inverters get 12V on one side and pump a nice ton of V on the other, try not to touch the wires that come out of the “other end” of the inverter.

Switch: You’re gonna need a switch to turn the cathode on and off (For the same reasons you want a switch on your orb string). You need the kinda switch that has two connectors.

Completing The Assembly – A Step By Step Guide To Bomb Dismantling

To set up a cathode from the internet with an inverter, take the light out of the package. 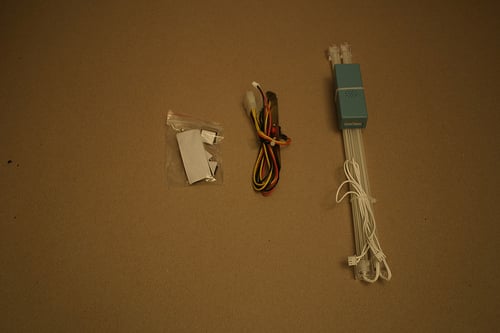 Get a feel for what you got, (it can seem overwhelming, but take it one step at a time.)

Once you see that the light plugs into one side of the inverter (the box), you see that the wire part plugs into the other side. You only need the RED and BLACK that come directly out of the box. I cut them with as much wire as I can get, about 12 inches. (It’s just better and easier to work with some slack till you know what you’re doing) 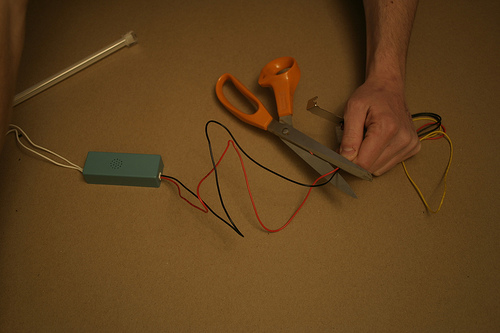 Cut the extra wire and stuff off, leaving a red and black coming out of the inverter. 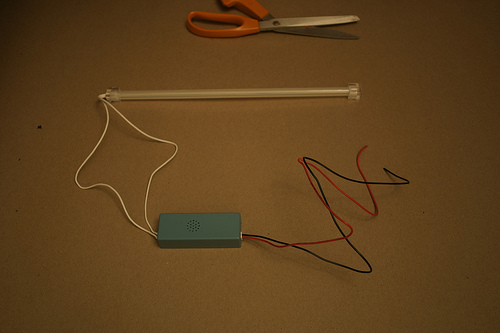 The battery holder with a connector thing. I think some holders have wires already attached to them. The point is you need wires coming off of the holder for 8 AA’s. 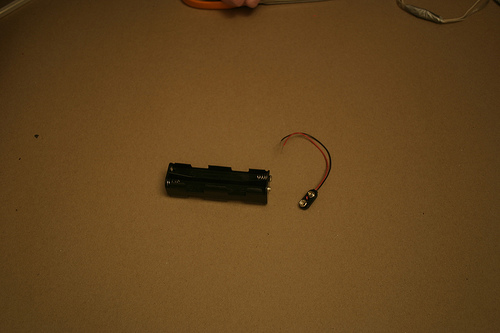 Here comes the bomb dismantling part. I just went RED to RED, with the switch on the RED side. Just twist and solder the blacks together, no switch needed on that side. There should be two prongs on the switch or remember when you are buying the switch that it should look like you can stick wires into TWO different prongs, whatever they look like. 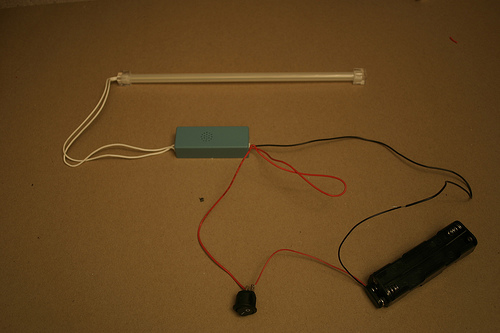 Disconnected it to solder the wires together. It’s only 3 points to solder, two on the switch, and one to attach the two blacks to one another directly. 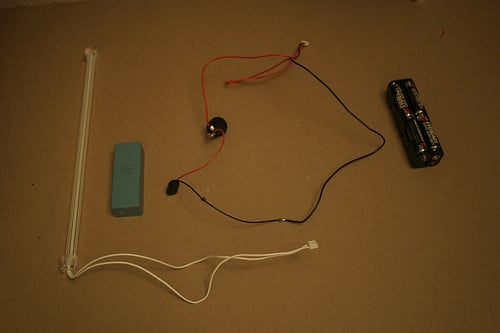 Test it to be sure it lights up before you attach to a stick or whatever. 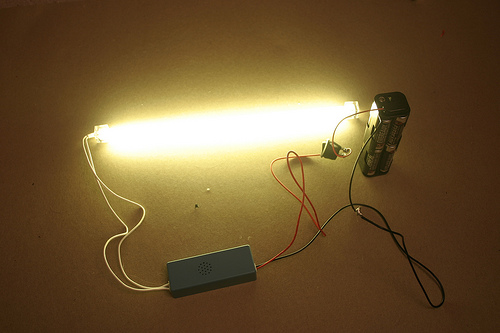 Luckily, some car lights have built in inverters, so the model below was even easier to assemble. Just cut off the car adapter plug, put a connector on the battery pack, added a switch into the circuit, and touched the wires to make sure it worked (you can’t really get shocked to bad, but still try not to).

If you’re not getting one of those lights, make sure you get a “kit” it will have both a cathode and an inverter. 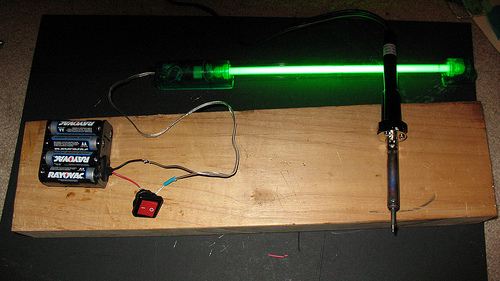 With the LOGISYS brand, you can plug in two different lights into one inverter box. I think using this brand exclusively for now is a good idea for me. That way everything is interchangeable, and theoretically, if anything breaks I can just plug a new one in and be good to go.

The yellow is more, but I just had to have a yellow $8

Big bunch of cathodes I use 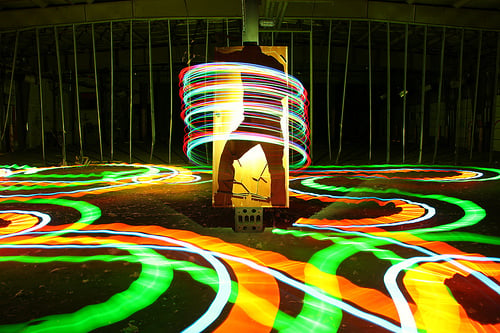