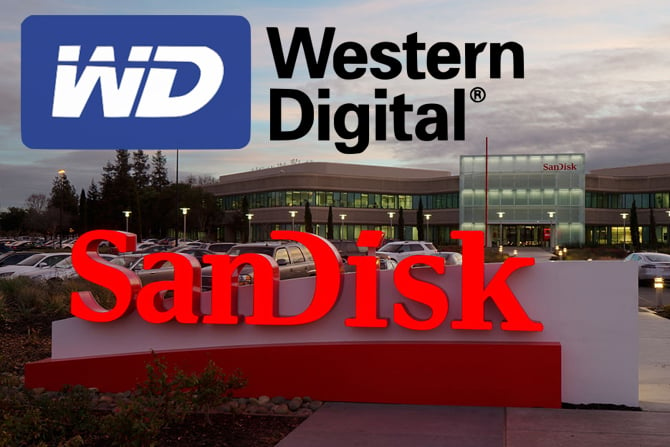 About a week ago reports began circulating that SanDisk is looking to be bought out, with Micron Technology and Western Digital both showing interest.

Several hours ago it was officially announced the latter was successful in sealing the deal and the leading hard drive manufacturer will pay $19 billion in cash and stock to buy the leading flash storage solutions company.

With WD’s hard disk drives and SanDisk’s solid state drives and other flash storage products, the combined company will offer a broad range of products from the consumer level to datacenters.

The board of directors of both companies have approved the deal and it should go through in the third quarter of 2016, pending the approval of SanDisk’s shareholders.

How will this move affect consumers?

WD is the leader of the HDD market, but while SSDs are where the market is going, the company has no foothold in that field. Purchasing SanDisk will allow the company a cheap and easy way in to the expanding market.

“This transformational acquisition aligns with our long-term strategy to be an innovative leader in the storage industry,” said WD CEO Steve Milligan, adding that “the combined company will be ideally positioned to capture the growth opportunities created by the rapidly evolving storage industry”.

SanDisk president and CEO Sanjay Mehrotra, who will join WD’s board of directors, stated that “Western Digital is globally recognized as a leading provider of storage solutions and has a 45-year legacy of developing and manufacturing cutting-edge solutions, making the company the ideal strategic partner for SanDisk”.

Toshiba, a long-term strategic partner for SanDisk and one of WD’s competitors in the HDD market, is said to continue working with the company, “enabling vertical integration through a technology partnership driven by deep collaboration across design and process capabilities”.

At this point there has been no word as to how, if at all, the acquisition will impact consumers and what will happen to the SanDisk brand.

Interestingly, Micron Technology who was also said to be interested in the acquisition purchased Lexar, one of SanDisk’s largest competitors, nine years ago. It would be awesome to see what the two giants could create working together, but perhaps the move would put an end to the constant competition between the two companies to see who can release the fastest, highest capacity memory cards.

I’m a happy customer of both WD and SanDisk, so this almost makes me feel warm and fuzzy on the inside, but any acquisition carries the risk of one of the companies getting lost in the new mix.

All we can do at this point is hope that WD and SanDisk will combine their 15,000 patents and immense technological know-how and experience to create even more amazing products, and that we won’t end up paying for the deal via a price increase.

[Lead image based on a photo from Wikipedia]

« The Point Isn’t to be a Good Photographer, But to Enjoy Life
How I Shot A Life Sized Delorean For Back To The Future Day »