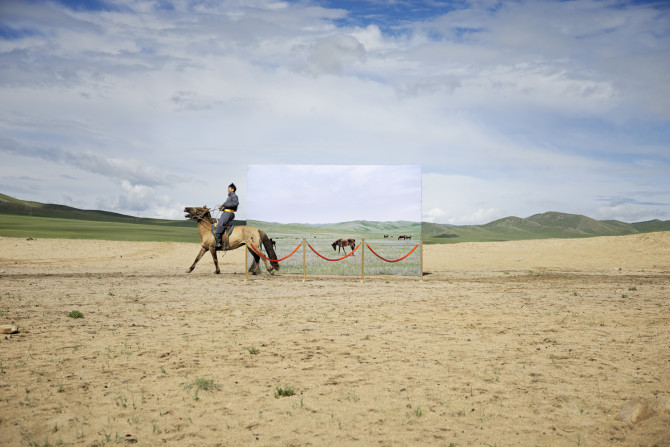 Often in photography, we are told to be different, to do things in ways that are original, unique. Do something that sets yourself apart from the rest of the pack. It’s good advice, especially as the vast pool of photographers inevitably becomes more and more saturated. In a series of photographs by Daesung Lee, the artist demonstrates his unique approach not just in his photography, but also in their exhibition.

Having printed a collection of billboard sized landscape photographs Daesung captured in Mongolia, the artist then returned with the oversized prints to the plains of Mongolia, where he blended them into the horizon using a little forced perspective. Next, Daesung had Mongols of all ages, their horses, and their cattle interact with the images. He photographed these interactions using, yet again, a brilliant example of forced perspective to create a powerful set of photographs.

The photos, part of Daesung’s Futuristic archaeology project, aims to raise awareness to the desertification of Mongolia, where 75% of the territory faces the risk of desertification. Daesung notes in the project’s mission statement, 25% of the land has already turned into a desert. This equates to about 850 lakes and 2000 rivers that have dried up in the past 30 years.

He also makes note that, despite the recent rise in urbanization, 35% of Mongols still live a nomadic lifestyle. A way of living that greatly depends on the open spaces and land, which is undergoing dangerous changes and rapidly disappearing.

If you were wondering why the photographer didn’t simply report the crisis through documentary photography alone, or what the connection between the museum dioramas and preserving Mongolia is…Daesung points out that museums may very well be the only place Mongolian culture will exist in the future.

Take a look at the telling series, here: 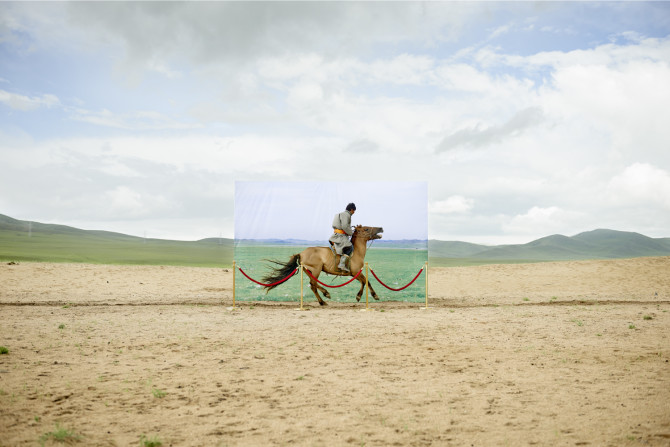 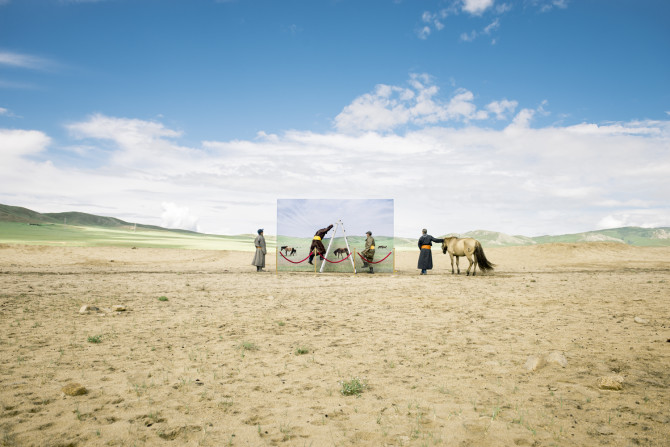 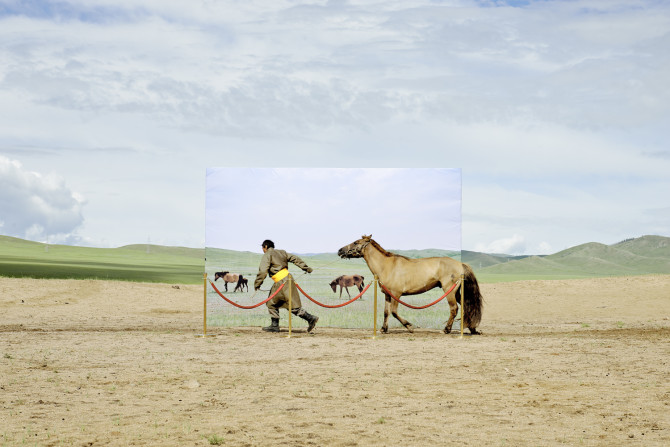 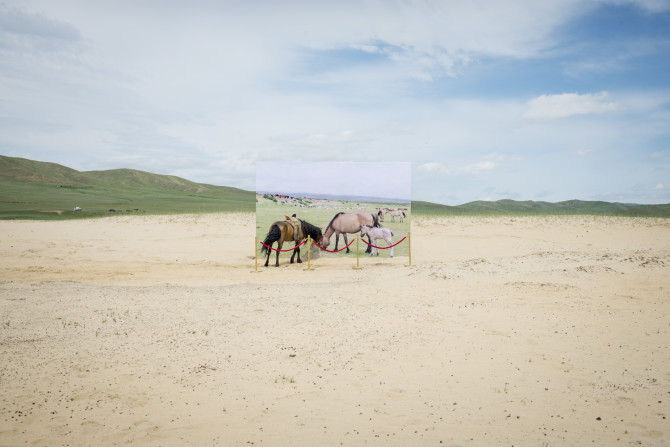 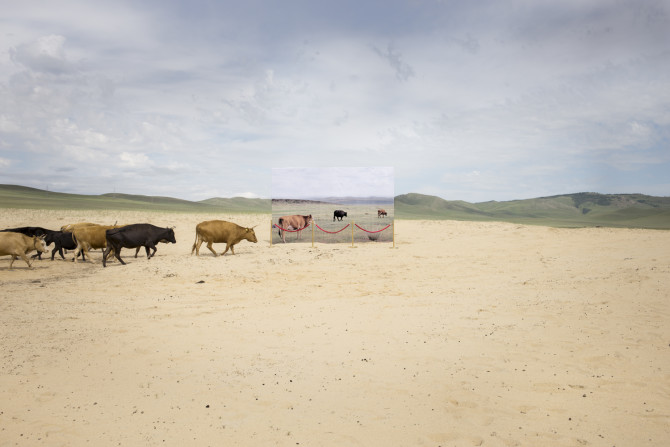 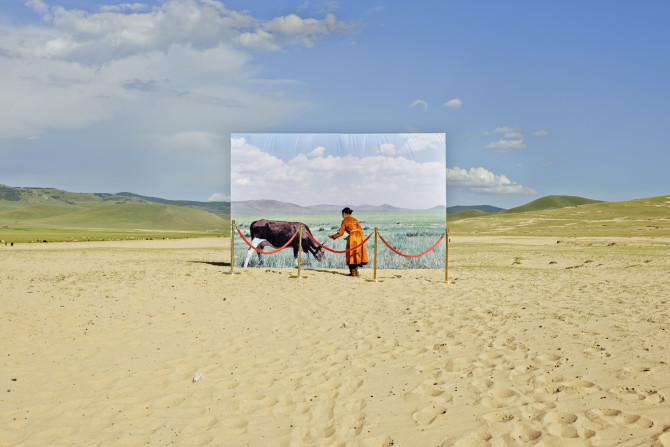 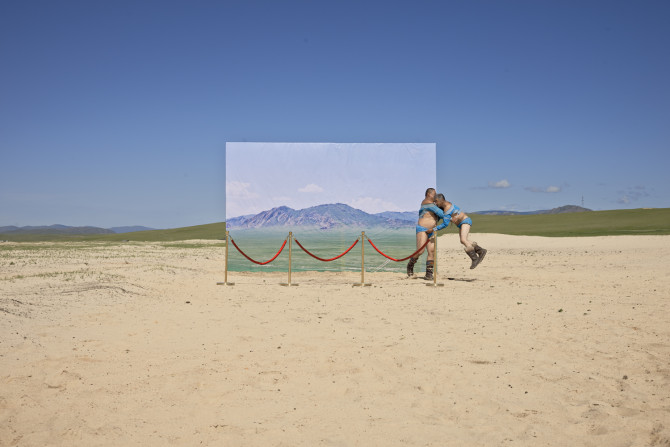 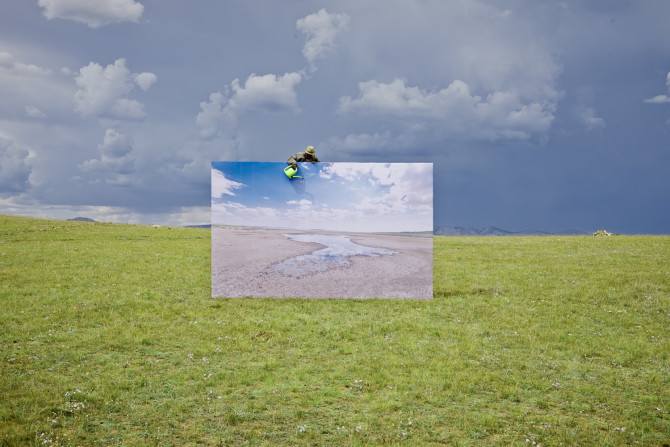 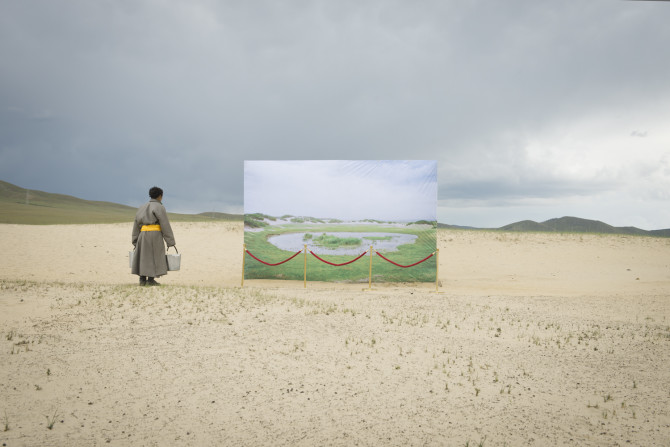 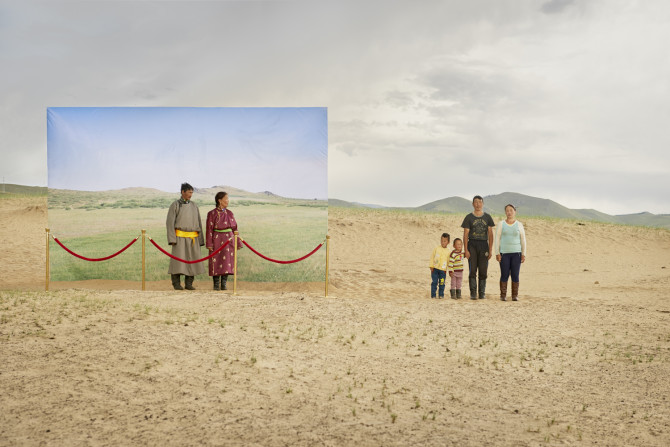 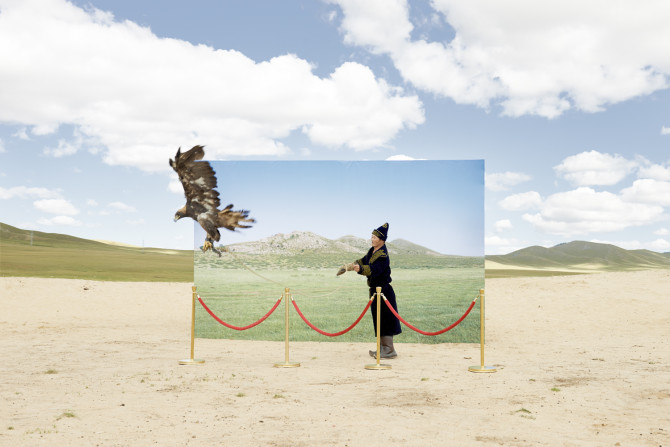 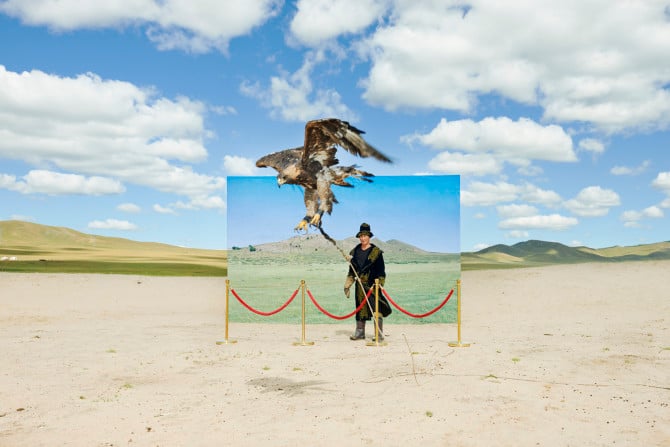 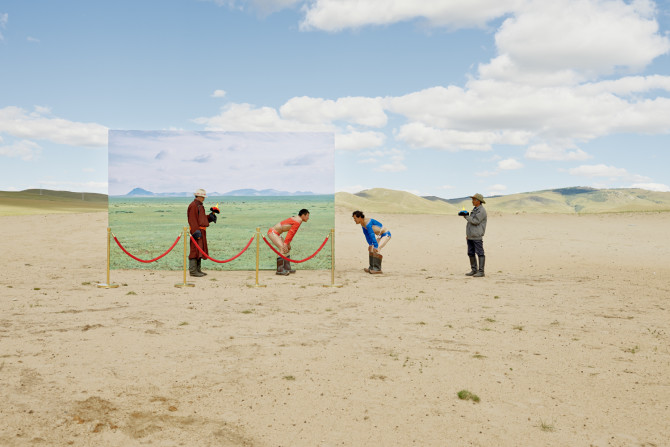 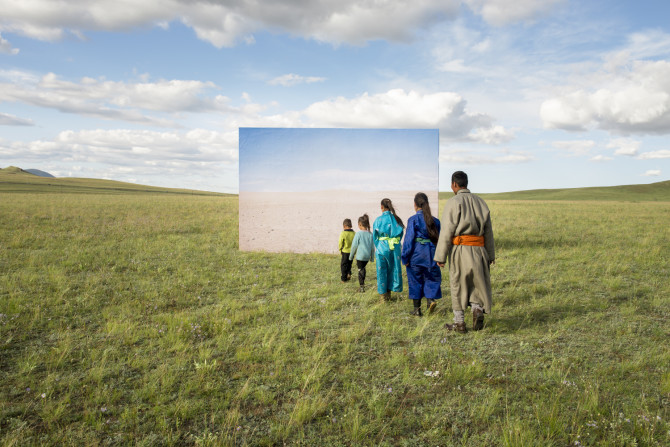 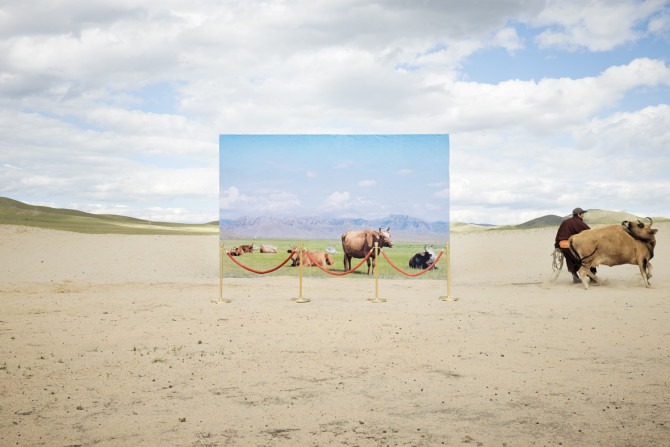 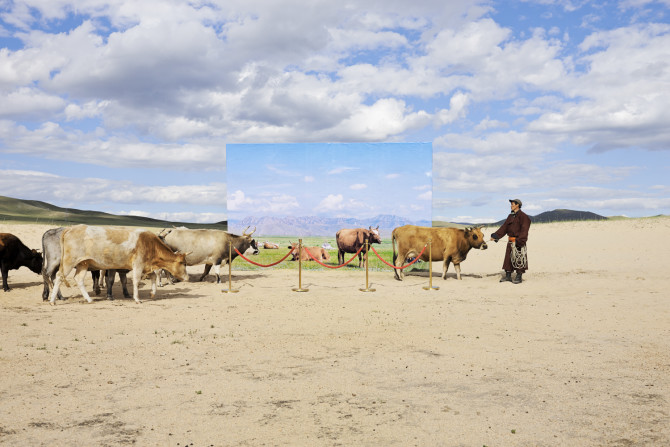 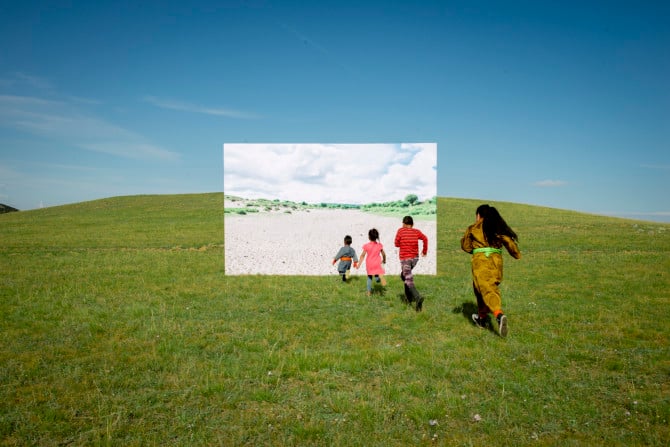 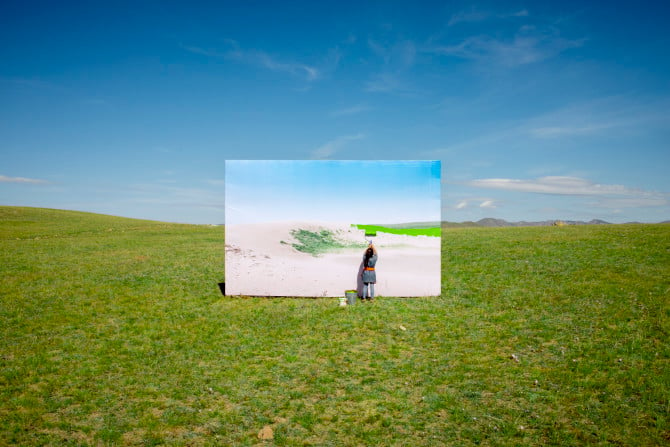 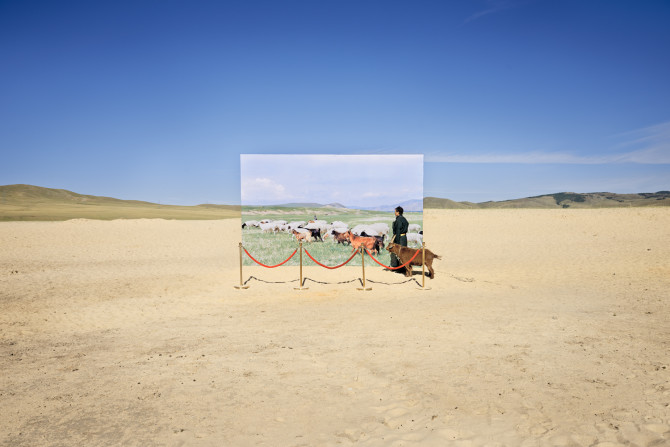 For more information on the desertification of Mongolia along with the efforts and photography of Daesung Lee, you can visit his website, here. He is no stranger to the field of impactful environmental studies through his photography, as you will see in his other projects such as his work in West Bengal, Indonesia, and Jharia.

[ Daesung Lee via The Creator’s Project ]