Side by side. Tuymans’ painting and Van Giel’s Photo.

A Belgian court has recently found Luc Tuymans’ painting of a local politician to be in breach of a photographer’s copyright.

The photographer whose photo was copied, Katrijn Van Giel, sued the painter leading to his conviction of plagiarism.

Originally sued for $57,000, Tuyman’s could end up paying over half a million Dollars if caught again.

Ever since the early days of photography, photographers have found inspiration in the works of the great painters that preceded them.

In this case the tables have turned and it was the painter who was inspired by the photographer’s work. Too inspired, in fact, according to Antwerp civil court.

Rejecting Tuymans’ claim that his work is not subject to copyright law as it is a parody, the court considered the painting to be a reproduction of Van Giel’s photo. This decision lead to another ruling stating that Tuymans is to be fined $577,000 should he create additional reproductions of Van Giel’s photos. A similar fine will be imposed should the painter show the original painting, currently owned by Groupon co-founder Eric Lefkofsky.

The portrait of local politician Jean-Marie Dedecker, “A Belgian Politician”, was painted in 2011 – just one year after the original photo was taken by Van Giel.

While the painter admitted that he was inspired by the photo, his attorney stated that:

“Luc Tuymans wanted to create a strong image to deliver a critique of the move to the right wing in Belgian society. His work is therefore more than just a painted version of a photo. The format and color contrasts are different, so that no confusion could be possible.”

As mentioned, however, this line of defense did not convince the court.

Though a less common form of copyright infringement or copying, this is not the first time an “inspired” painting makes headlines.

A couple of memorable examples are Bob Dylan’s copied paintings as well as the paintings of former US President George W. Bush. 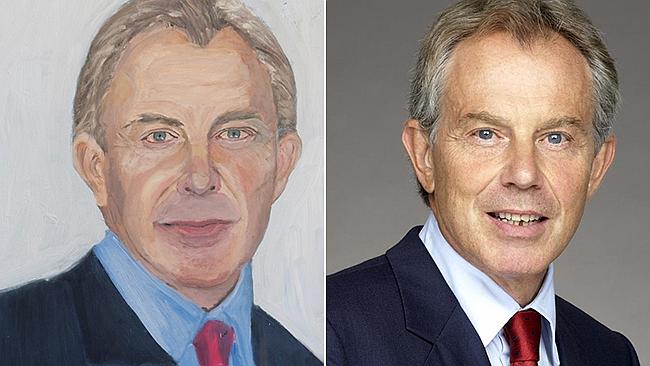 In Bush’s defense, a few of his paintings include obvious changes while others do not resemble the original photos at all.

How About Tuymans’ painting? Do you think it is plagiarism or a legitimate use by a contemporary artist?

If you haven’t already seen it, I recommend you watch this great lecture about photography and the copyright law.

Plagiarism is for Amateurs

A Guide to Plagiarism and Theft in Photography

How To Compose Your Street Photography Like A Painter