Marius Vieth – To The Limit!

It’s time for Part III of the Ultimate 365 Project Guide! The second part covered the golden rules, how to turn failure into success and why the battle royale of your own photos helps you improve in the long term.

Part III Revolves Around The Most Important Ingredient Of Your 365 Project: Motivation.

So you set yourself the challenge of taking photos from now on. To be more precise, three hundred sixty five days in a row. The first days and weeks shouldn’t become a problem, because starting such an incredible project is all exciting and new. But what happens once the initial adrenaline starts to wear off? After all, a 365 project is a marathon and not a sprint. Don’t worry, it’s going to be fine.

Let me introduce you to some ideas that will keep your motivation high and spare your valuable breath till you cross the finish line in a rain of confetti. First of all let me introduce you to the technique Jerry Seinfeld used in his early days. For anyone who doesn’t know him, he is one of the most successful and famous comedians of all time.

Jerry knew that the secret of every successful creative person: quantity generates quality. He set himself the task to at least try to produce something funny every day, just like photographers in a 365 project. So he came up with a simple, but very effective way to get his fresh dose of motivation every day. He hung up a huge calendar on his wall where he could see every day of the year. For every day he managed to come up with new material, whether is was good or not, he drew a big red X on that day. It sounds weird, but it simply feels great like crossing off to-do lists, because your plan of the day obviously came together.

After a couple of days and weeks the Xs turn into a whole chain of Xs that keeps getting longer and longer which in turn makes your desire to break the chain lower and lower. Breaking the holy chain would feel even more awful than doing nothing that day. Always remember: Don’t break the holy chain! Just to make this clear, you don’t have to do three hours of shooting every day. I know how hard it is to make time for the people you love, your job, other hobbies, enough sleep and this project.

When you take a look at my first months there are lots of photos from my fridge with a bottle of beer in it. Some days you just don’t have that much of time and that’s totally fine, as long as you spend maybe only a couple of minutes trying to come up with something. And quite honestly, some days a nice bottle of cold beer in the sun may be more rewarding than a long photo walk. It’s a really simple concept, but it’s fun, rewarding and really helpful! 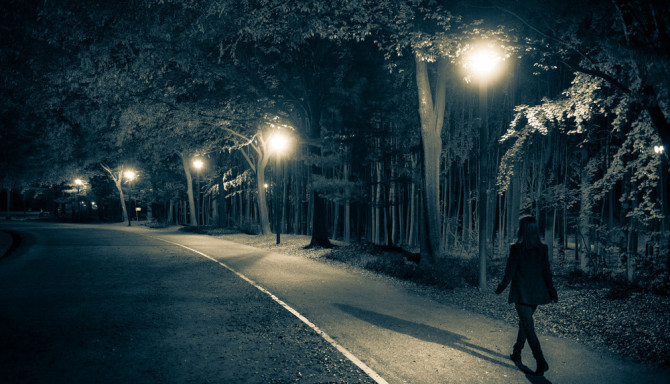 Get The Stage You Deserve

In Part II of the Ultimate 365 Project Guide I already explained how much it helps to do a public 365 project. This time, however, I want to focus on the motivating aspect of uploading your shots. At the beginning of my project I had 0 contacts on Flickr, because I signed up for Flickr the day I started. After a couple of weeks I had my first hundred contacts that knew about my 365 project. All of a sudden I had a stage with a small audience. Every upload attracted more and more people to my little 365 theater.

After half a year more than a thousand people wanted to know what I could come up with every day. I found it really motivating to have an audience that was interested in my work and I’m sure it’ll motivate you as well. Just imagine all the people behind their computers and smartphones that are looking forward to your next shot, because they love what you are producing. The more people you attract, the harder it gets to quit. Believe me, you just don’t want to walk out on thousands of people. One thing you should keep in mind though. Although there is an audience, it’s still your very own 365 project. 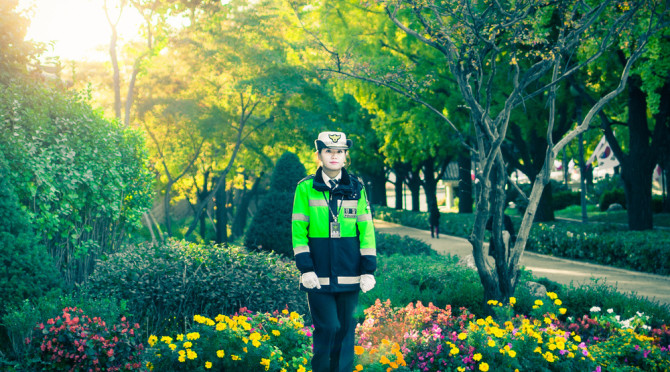 Marius Vieth – At Your Service

One great way to stay motivated is to ask a photographer friend to do it with you. When I started my 365 project I loved it so much that I convinced a friend to start one as well. It’s amazing on how many levels this can motivate you.

First of all, you always have someone around that truly understands what you are doing right now. While most people will try to understand your challenge and struggles, they probably can’t. But your 365 partner knows how rewarding and challenging it is to create something every day. Walking through the cold for hours with nothing to show for might be frustrating, but knowing that your partner experienced the same yesterday helps you get over it quickly.

Secondly, your partner will always be a source of inspiration for you. Look what he or she comes up with, generate new ideas based on your partner’s photos or just try to create your very own version of these subjects. What’s even more exciting is setting a challenge for both of you. For one week you and your partner are only allowed to create something indoors. Maybe you could focus on black and white shots for half a week or an abstract photo for a day. It’s all up to you and your partner how much fun you want to have. The more the merrier.

Finally, chances of making it to the end are way higher with a partner at your side. You started this amazing project together and you will finish it together. As much as you need your partner to make it, he needs you – and you know that. Walking out on your partner may seem even worse than quitting the project. There will probably be days where both of you lack the motivation to go on. Talk about it, find your very own ways to motivate you and never ever stop dreaming about the moment where you two cross the finish line! 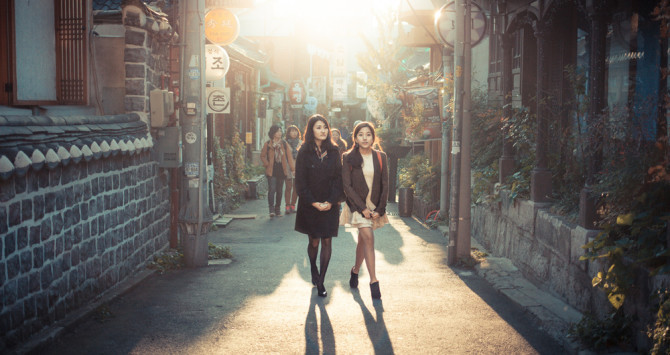 Why Your Bad Days Are As Valuable As Your Good Ones

I soon realized that it’s impossible to create a masterpiece everyday. There may even be days or a whole week where you can’t capture something that truly satisfies you. It’s perfectly normal! Although these “bad days” may seem like a failure to you, they are actually a huge success. Thomas Edison once said: “I have not failed. I’ve just found 10000 ways that won’t work.”. To me this is one of the most important things you have to realize in order to become better. Yes, you didn’t capture that breathtaking photo today. But, the 50 or 80 photos you took that day showed you how a masterpiece doesn’t look like. And that’s exactly what brings you closer to your next masterpiece. I promise. The next time you are taking photos you’ll remember that this time you won’t frame it like that. This time you are not trying the same perspective that didn’t work out the last time. This time you will not forget how important natural contrasts are. This time you will not make that mistake again. This time you will create a masterpiece!

PS: In case you are already doing your 365 project or about to start one, why don’t you join the NEOPRIME: 365 Flickr Group to upload your daily shots and get in touch with other 365ers.

This is a 4 part series, head over to Part IV.

Marius Vieth is a street photographer from Amsterdam. Together with his partner Martin Dietrich he runs the International Fine Arts Label NEOPRIME, a limited editions gallery aimed at lovers of art. You can follow Marius on twitter, flickr, Facebook, instagram, and tumblr. This article was originally published on NEOPRIME and shared with permission.

P.S. In case you are already doing your 365 project or about to start one, why don’t you join the NEOPRIME: 365 Flickr Group to upload your daily shots and get in touch with other 365ers

365 Reasons To Do A 365 Photo Project
« I Am Beautiful: Photographers From Around The World Offer Free Photoshoots To Bullied Youth
The Ultimate DIY Photography Editing Table »