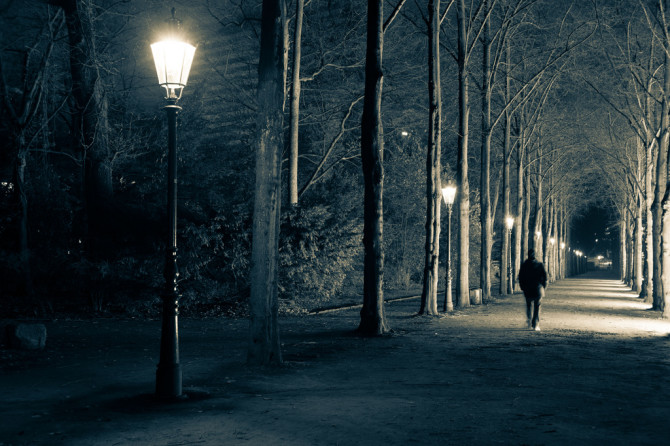 One and a half years ago I decided to start a 365 project to take my photography to the next level. I expected to make some progress, but that it completely changed my life was beyond my wildest dreams. What happened afterwards was even more exciting. A 365 is one of the most incredible projects a photographer could experience.

In Case You Are Psyched To Start Your Very Own 365 Project, Why Not Read The Ultimate 365 Guide First?

On new year’s eve 2012/2013 I thought that a 365 project might be something that would take my photography to the next level. It did not only take it to the next level, it even changed my whole life for good! During these 365 days I gained more than 3000 contacts on FlickR, won 10 awards and ended up on 6 shortlists, over a million people saw my photos and most importantly I got to know amazing photographers that share my passion and kept me going! You know what my thoughts were before: it might be a fun idea. That was honestly my whole train of thought about a year-long commitment. A fun idea? I wasn’t aware at all that I was actually dedicating one year of my life to taking photos every single day for 365 days in a row. How insane is that? Insanely awesome! In case you are seriously thinking about doing such a project, let me first give you some travel advise I would have loved to have back then. I mean, it is a journey of literally at least 365 miles that you are about to take! You really want to do this? Then let’s talk 365! 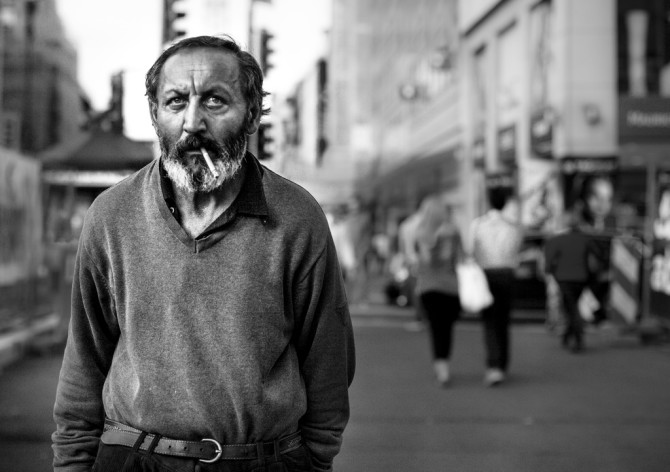 Is The Journey Meant For Anyone?

When I started my 365 project I already took photos every now and then for 2-3 years. I knew how a DSLR worked and how aperture, shutter speed and ISO influenced my photos. I was also familiar with the basics of post processing in Lightroom. All on a very basic level though. But is that really essential for doing a 365 project? Not at all! I’m convinced that everyone who is interested in photography and who could imagine to spend time with it on a daily basis could pull off a 365 project. Whether you are a professional or just bought your first DSLR, it doesn’t matter. What truly matters is that you are really interested in photography and think that it’s worth your time, even if Day 1/365 is the first time you ever hit the shutter. You just start from a different chapter. Your personal chapter! 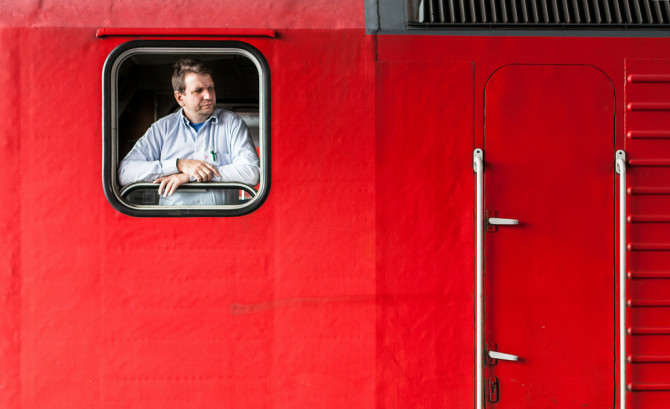 The Four Chapters Of Growth

But where will your 365 project actually take you? Since it is a rather long journey you might as well know where it could possibily take you. To give you a slight idea of the destinations you are about to reach, I’ll try to explain it as simple as possibe. If photography were a book, there are basically four chapters of development. I know that all of these stages can’t be seperated like that since they occur somehow simultanteously, but for the sake of giving a brief overview it really helps to explain them as different phases. The first chapter is all about getting to know what a camera actually is and how it works. How is it able to draw with light? What do aperture, shutter speed and ISO mean? What kind of lenses and cameras are there? I think you can compare it to learning the alphabet. It’s a must in order to make any progress. You’ll find plenty of articles and videos online that help you understand the basics. It’ll appear a lot at first, but with a little effort you’ll soon reach the next even more interesting chapter. The second chapter is about visual aspects that define the perception of the subject that drew your attention: composition, light, shadows, depth of field, leading lines, foreground and background, structures and natural contrasts. You saw something interesting, but how are you actually going to arrange it in your photo. Is your subject in the center of the frame or on the side? Did you find any leading lines that help the viewer find what’s most important in your photo? This is a very important stage of growth you will reach during your project. It’s a rather important one, because it lays the groundwork for stage three and four. But don’t worry, I’m convinced that everyone can get to know all visual elements with enough practice and curiosity. There’s a quote by Dorothea Lange that best describes the essence of the third chapter: “The camera is an instrument that teaches people how to see without a camera.” It sounds so simple and obvious, but this is what photography is about. Seeing something that is so beautiful, interesting or arousing that you have to capture it for eternity. This is the phase where it doesn’t really matter which camera or lens you are using, but which heart, soul and mind are standing behind it. You really have to ask yourself the most important question of ‘em all: what do I truly love? What fascinates me more than anything in the world. You are not only finding something to take photos of, you are discovering yourself. Because only if you discover something that excites you more than anything else, you are able to capture it in a way no one has ever seen before. Photographers who are merely interested in the thing, which you deeply love, will only scratch on the surface, but your passion will take you to perceptions most people would’ve never came up with. And that’s why they want to see what you’ve seen. The fourth and final stage is the most important and exciting of them all. It’s about combining the knowledge of the first chapter, your perception from the second chapter and the soul you discovered in the third chapter to a unique vision on life and photography the world hasn’t seen before. The never ending happy end of your wonderful story is your very own signature that you’ll use to write the countless breathtaking sequels of your very own bestseller. There’s no rule how many chapters your 365 can and will cover. Never forget, you are holding the pen! And the cam… 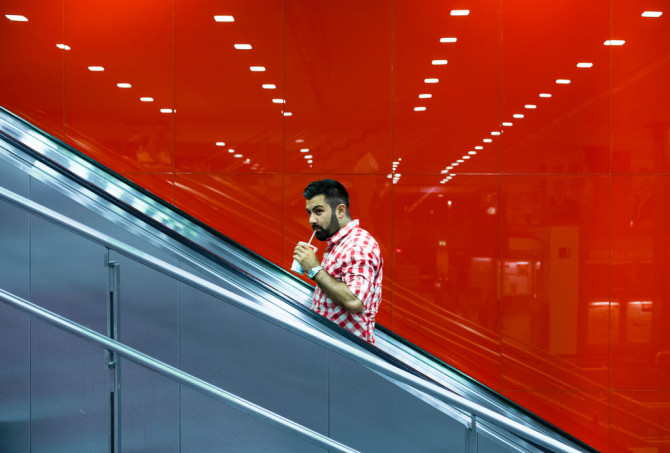 You only get better at things by doing them constantly. There is no master on earth that was at the peak of his work without taking a journey of a 1000 miles. A 365 project is basically 365 miles of that road. There’s research that suggests that it takes at least 10.000 hours to become a master of something, but in the end there is no number or amount, just one thing: perseverance. If you truly want to become excellent at something, you have to take the 1000 mile journey that everyone else from Jordan over Picasso to Beethoven took. They were just crazy enough to never stop. It’s madness, but it’ll take you to your personal peak. And believe me, I’m not even slightly there and the view already feels amazing! I know that it sounds like a long long way, but I can’t begin to describe how incredible it feels to look back on all these breathtaking miles that truly take you to the essence of your inner vision. It sounds so cheesy, but the way is literally the goal. Each and every one of these 1000 miles consists of amazing memories, experiences and achievements that define you and let you truly grow. So why even think about shortcuts? 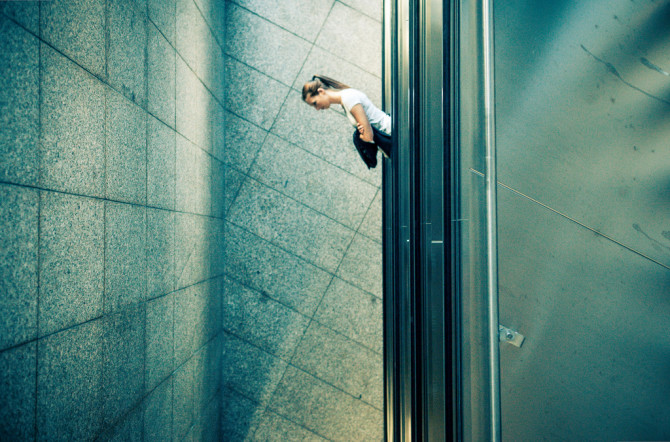 Fall In Love With The Process, Not The Dream

It’s an amazing feeling to complete a 365 project, gain new contacts on the way and finally have a portfolio to show for. This is the result of one year’s passion and hard work, which you can truly be proud of! While this goal or an even higher one of living from photography may serve as a driver and motivation during the project, it’s even more important to focus on the process. What makes you reach that goal in the end is falling deeply in love with “working” for it on a daily basis. The endless hours of walking around with nothing to show for, the moments of bliss where you discover something incredibly beautiful all of a sudden, the perfect shot you ruined, because your settings were messed up, the day you can’t wait to upload your first breathtaking catch of the day, the hundreds of photos you browsed through on your PC only to find out that they all suck, the moment you realize that you created something entirely new that you were never able to do before. All of that. Love it with all your heart. Even the hundreds and thousands of shots that made you questions your own taste. They are all part of the process, the experience and your success story to new heights! You want to know the golden rules of the 365 project, whether you should really show it to the world and how to get the most out of it, join our social channels and get notified once Part II of the Ultimate 365 Guide gets published in the NEOPRIME Magazine! PS: In case you are already doing your 365 project or about to start one, why don’t you join the NEOPRIME: 365 Flickr Group to upload your daily shots and get in touch with other 365ers.

This is a 4 part series, head over to Part II.

Marius Vieth is a street photographer from Amsterdam. Together with his partner Martin Dietrich he runs the International Fine Arts Label NEOPRIME, a limited editions gallery aimed at lovers of art. You can follow Marius on twitter, flickr, Facebook, instagram, and tumblr. This article was originally published on NEOPRIME and shared with permission. P.S. In case you are already doing your 365 project or about to start one, why don’t you join the NEOPRIME: 365 Flickr Group to upload your daily shots and get in touch with other 365ers

365 Reasons To Do A 365 Photo Project
« World’s Largest Stop Motion Gif Photographed From Space
When Common Sense Breaks Down: Why I Bought A Mirrorless Camera And Keep My DSLR (And Bunch Of Film Cameras As Well) »