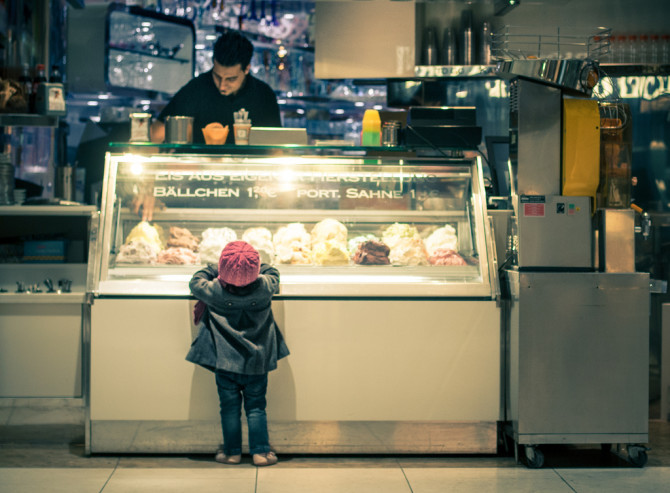 In Part I of the Ultimate 365 Guide I explained whether a 365 project is meant for anyone, where that journey might take you, why it’s important to actually walk a 1000 miles and how the love for the process is more valuable than the desire for the goal. So let’s start off with something very essential to every 365 project:

First of all let me tell you that the so called 365 Project is nothing like a Master’s degree where you need a certain amount of credits to get your diploma. It is not run by some sort of 365 Institution that controls whether you do it right or not. It’s just a simple, but extremely effective concept that has helped many artists all around the planet, but has no official rules. However, to make it truly work for you and help you grow there is one essential rule which you really should follow:

Take Photos Every Day For 365 Days In A Row!

The Golden Rule Of A Successful 365 Project

It really doesn’t matter whether you spend 3 minutes a day or 3 hours as long as you make up the time to do it on a daily basis. Shooting 1 hour every day is better for your development than 7 hours on one single day and 6 days of doing nothing at all. It’s the habit that truly improves your skills. Because it’s not only the one hour you spend with actually taking photos, but the countless moments you think about your past and next shot. It’s becoming a part of your daily business to think about photography, which helps you become better in the long run.

While there is basically just one golden rule to the 365 project, there are actually several ways you could design your very own 365 project. As far as I’m concerned it is better to give it your own touch. It will rather fit your needs and actually become your personal project.

The most known approach to the project is probably the classical approach of taking photos, doing the post processing and uploading your best shot all at the same day. In this case your 365 project is running in “live mode”. Your audience knows that you are out there, being present and they look forward to what you come up with. It’s like a daily photography soap opera with you as the main character. I think this is the most exciting version for your audience, but at some point you’ll face a problem: are you really able to pull this off every single day for 365 days? You have to make up time for taking photos on a daily basis in order to let you grow, but I’m pretty sure that sometimes other things in your life are more important than post processing and uploads. I lived for this project, but after around 150 days I couldn’t keep up with all this on a daily basis anymore. I was working 9-10 hours as a market researcher and project manager in an international media agency every day during my 365 project, wanted to see my girlfriend, friends and family and make up time for other hobbies. Believe me, I could not have been more passionate, but even then it was incredibly hard to keep up with all three to-dos. Thus I was still taking photos every day, but uploaded my shot of the day one week later instead of at the same day. 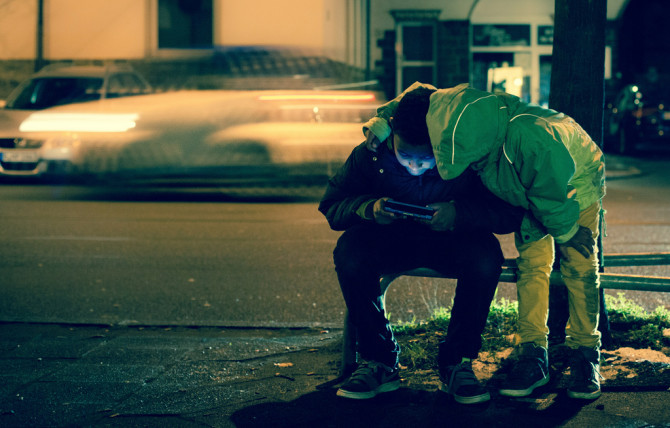 The Dilemma That Will Turn Out Fine For You

At first I thought that it was bad for my project that I only took my daily shot without doing the post processing and upload right away. However, then I realized that this “dilemma” is really valuable. I actually had the time to look at my shots from a more neutral point of view. Let me give you an example. I was walking down a street where I saw a couple running through the rainy park while they were laughing out loud with headlights lighting up their shilouettes. Sounds amazing, right? The moment was more than beautiful and I tried to capture it as good as possible within the two seconds I had. Still fascinated by the beauty of the moment I saw and felt, I started up my PC as soon as I got home to finish the shot with Lightroom. Although I didn’t really love the composition and lack of natural contrasts I chose in the heat of the moment, I almost used it as my shot of the day, because the moment was just too great to not upload it. But it wasn’t, which I discovered a couple of days later when I took another look at it. The fascination with the moment mostly passed my memory and all that was left was the photo I created of this moment. And it wasn’t a good one for the reasons mentioned earlier.

To put it in a nutshell, there are always two things: the moment and what you make out of it, whereas the second one is way more important. The viewer doesn’t know that the couple laughed, they weren’t feeling the warm summer rain and didn’t have the satisfying feeling of finally finding an awesome moment after a two hour photo walk. All they have is the photo you present them. That’s it. So being one week behind your daily uploads in order to distinguish between the two might not be as bad as you think! 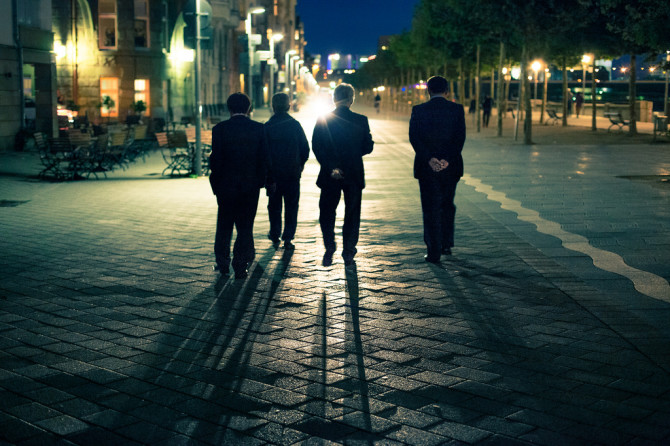 Let The Fight Begin: Your Art Versus Your Art

Once you’ve been taking photos for hundreds of days you will feel how your photography improves. However, you will also feel your personal bar getting higher and higher. It will get difficult to keep up a certain level of quality, because you simply can’t produce a masterpiece every day. What I did during the last months of my project was to produce as much photos as possible and then find the best one and upload it at the end of the day. The depths of some moments I only understood after weeks, others I felt right away. It helped me a lot to have a pool of photos I captured during the last weeks and always find the best one of them. That’s how I learned to curate my own art, which is one of the hardest things ever. Once I felt that the quality of my photo pool dropped, I produced even more to keep up with the level. You don’t have to take this approach for your project, but it helped me a lot in the end to grow even more. It wasn’t only my 40 shots of the day versus each other to become the shot of the day, but the 400 shots of the last weeks versus each other. Which shot might add something to the project? Which one is to similar to some shot I already uploaded? What idea might take my photography to the next level? Lots of questions that helped me curate my shot of the day. 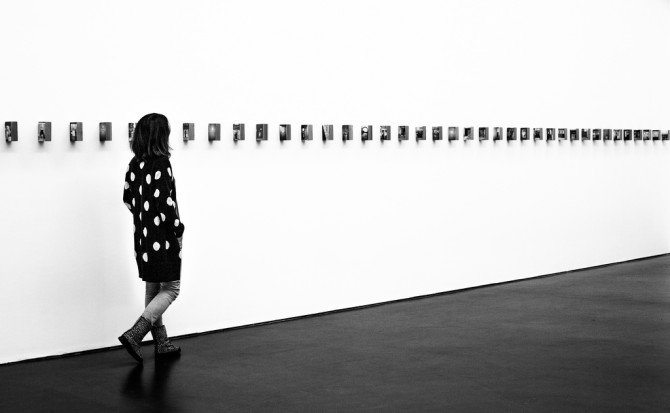 The Stage Is Yours!

When I started my 365 Project I somehow wanted to have some sort of control and diary of my daily output and progress. So I signed up for Flickr on January the 1st 2013. By the way, your 365 project doesn’t have to start on the first day of the year of course. I came up with the idea as a new year resolution.

You don’t necessarily have to show your 365 project to the world. You can also do it just for yourself. It’s totally up to you! It all depends on what you want to achieve in the end. If you just want to get better at photography and find out what subjects truly fascinate you, than you might not even need to show it to the world. However, if you want to go full 365 and show the world what you have to offer, then there is no way around uploading it every day. This will bring you many many new contacts from all around the planet, possibly requests from magazines and websites and maybe even your very own fanbase. Just to show you where showing your shots to the world might take you, I’ll briefly describe what happened to me. On January 1st I signed up for Flickr. Before this day I haven’t shown anyone online one single photo of me. After my 365 Day Project I’ve gained more than 3000 amazing contacts on Flickr that truly kept me going, won 10 awards and ended up on 6 shortlists, got request from art dealers and galeries, got featured in magazines and blogs and over a million people saw what I captured during this time. I am deeply grateful how much my perseverance and daily efforts paid off in the end. It truly changed my life, and I’m convinced that with passion, effort and perseverance it will also take you to places you’ve never been before! Show the world how great you are, because believe me, the world wants to know!

Part III of the Ultimate 365 Guide will show you simple and effective ways to keep your motivation high even on bad days, why having no photos to show for after a two hour walk is as valuable as the shot of all shots and how to find the inspiration you truly need. Ready for Part III? Just subscribe to our newsletter or our social media channels and you won’t miss it!

PS: In case you are already doing your 365 project or about to start one, why don’t you join the NEOPRIME: 365 Flickr Group to upload your daily shots and get in touch with other 365ers. 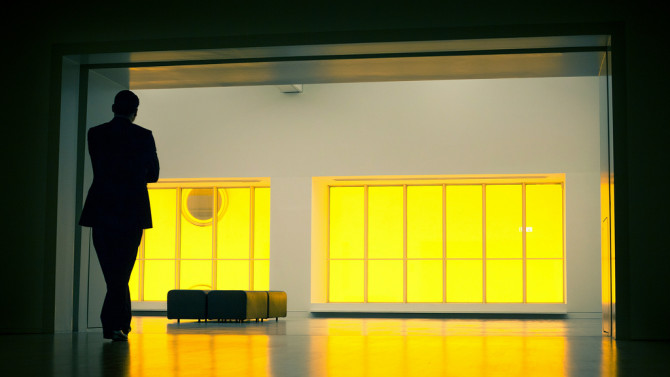 This is a 4 part series, head over to Part III.

Marius Vieth is a street photographer from Amsterdam. Together with his partner Martin Dietrich he runs the International Fine Arts Label NEOPRIME, a limited editions gallery aimed at lovers of art. You can follow Marius on twitter, flickr, Facebook, instagram, and tumblr. This article was originally published on NEOPRIME and shared with permission.

P.S. In case you are already doing your 365 project or about to start one, why don’t you join the NEOPRIME: 365 Flickr Group to upload your daily shots and get in touch with other 365ers

365 Reasons To Do A 365 Photo Project
« Some GoPros Now Capable Of Broadcasting High Definition Video For Live Television; NHL Jumps Aboard
“Shoot Loose And Edit Tight” Words Of Wisdom From One Of The World’s Leading Surf Photographers »